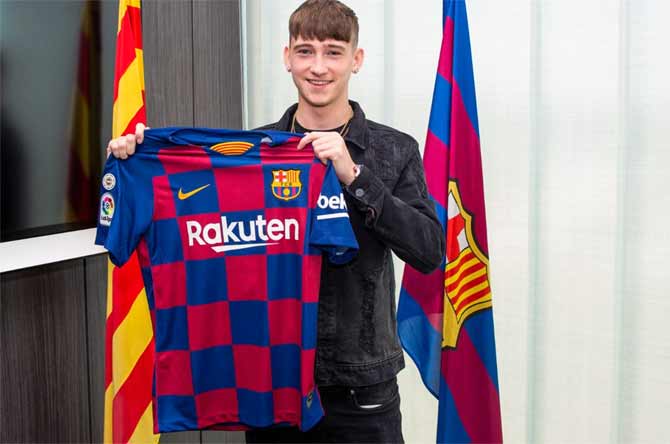 IMAGE: Louie Barry signed a three-year deal with Barcelona until 2022 and will play for their Under-19 team. Photograph: FC Barcelona - Masia/Twitter

Barcelona have beaten Paris St Germain to the signing of one of England's brightest talents in 16-year-old striker Louie Barry from Championship side West Bromwich Albion.

British media had reported that Barry had undergone a medical with French Ligue 1 champions PSG before Barcelona stepped in at the last minute and convinced him to join the ranks at La Masia, the club's famed academy.

"(Barry) is an international with the English Under-16 team, for whom he has played nine games and scored seven goals. Next season he will be part of Barca's Under-19 squad," Barcelona said in a statement on Thursday.

Barry joins the growing number of English youngsters who have moved to foreign clubs, such as Borussia Dortmund's 19-year-old winger Jadon Sancho who came of age last season with 13 goals and 19 assists in all competitions. 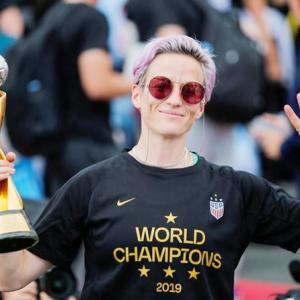