P V Sindhu and Lakshya Sen sailed into the second round but it was curtains for Saina Nehwal and Kidambi Srikanth on a mixed day for India at the French Open Super 750 badminton tournament in Paris on Wednesday.

Sindhu, seeded third, will clash with another Dane Line Christophersen in the next round.

Lakshya had a good day in office as he defeated Ireland's Nhat Nguyen 21-10, 21-16 to set up a clash against Singapore's Loh Kean Yew next in the men's singles.

Sourabh Verma also made a positive start, outwitting Brazil's Ygor Coelho 22-20, 21-19 in 43 minutes. He will meet Japan's Kenta Nishimoto in the second round.

His younger brother Sameer, who played his opening round on Tuesday, will next take on Indonesia's Shesar Hiren Rhustavito.

However, it was curtains for Kidambi Srikanth, Parupalli Kashyap and HS Prannoy in the men's singles.

Srikanth, the Rio Olympics quarter-finalist, played his heart out to match top seed Kento Momota and also held two-point lead towards the end of the decider but ended up losing the singles second round tie 18-21, 22-20, 21-19 in 79 minutes.

The men's doubles pairing of MR Arjun and Dhruv Kapila, however, gave some cheers to the Indian camp, beating Ireland duo of Joshua Magee and Paul Reynolds 21-13, 21-7 to reach the next round.

Srikanth, who had lost to Momota last week also at Denmark Open, produced a much better display here and came agonisingly close to outwitting the two-time world champion, only to fall short in the end.

The mixed doubles pairing of Satwiksairaj Rankireddy and Ashwini Ponnappa, the world No 24 pair, beat Denmark's Mathias Thyrri and Mai Surrow 21-19, 21-15 in 37 minutes.

They will face second-seeded Indonesian pair of Praveen Jordan and Melati Daeva Oktavianti next.

Earlier, Srikanth put up a brave effort but it wasn't enough to outwit the former World No 1 Momota.

Srikanth raced to a 4-0 lead but Momota clawed back to level the scores. He again moved to a 8-5 advantage only to see the Japanese eke out a slender 11-10 lead at the break.

After the break, Momota kept his nose ahead despite Srikanth snapping at his heels and drawing parity at 18-18 at one stage.

The second game was even more engrossing as lead exchanged hands many times before Momota managed to take a 11-9 advantage at the breather.

The Japanese held two game points but Srikanth staged a superb fight back  and reeled off four straight points to roar back into the contest.

The decider started with a similar intensity with Srikanth heading to a 9-6 advantage but Momota made it 11-10 at the break.

The Indian moved to 19-17 but a couple of errors cost him dearly. 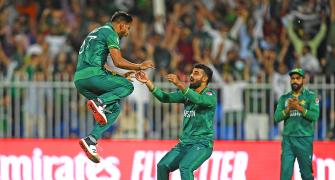 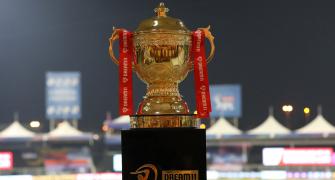 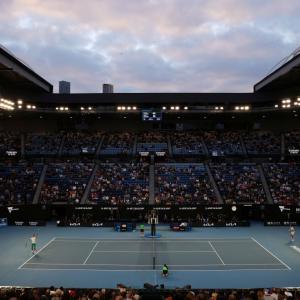