The 19-year-old Canadian, who a year ago had failed to qualify for the tournament but has gone on to become the sport's brightest young star. 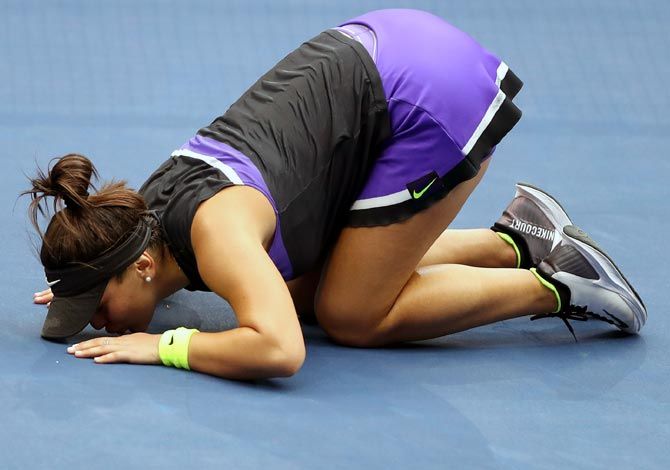 So new is Bianca Andreescu to the Grand Slam stage that after beating Serena Williams to win the US Open on Saturday, a tournament official had to show her which side of the trophy was the front.

The moment marked the end of a remarkable run for the 19-year-old Canadian, who a year ago had failed to qualify for the tournament but has gone on to become the sport's brightest young star.

"Last year wasn't an easy period in my life, I was going through a lot with injuries," said Andreescu.

"I just kept believing in myself I kept working hard and I just kept that momentum and confidence."

Despite having never made it past the second round of a Grand Slam, Andreescu arrived at Flushing Meadows with many expecting big things from her.

"You're never going to have ups all the time," said Andreescu after the match.

"So I think in those moments, you just have to deal with it the best that you can, which is to just keep fighting for your dreams and just stay as persistent and persevere as much as you can.

"I think it builds you as a character." IMAGE: Bianca Andreescu acknowledged that much of her improvement had come from developing mental discipline. Photograph: Elsa/Getty Images

Dropping only two sets in the entire tournament, the tenacious, power-hitting Andreescu barreled through the competition at Flushing Meadows, showing no sign of a slowdown from a blockbuster summer that included wins at Toronto and Indian Wells.

"I don't think I've lost a match since March, so my confidence is sky-rocketing right now," Andreescu told reporters. "I just don't want to take anything for granted because there's going to be weeks where you're going to lose. So right now I'm just on cloud nine."

Ending 2018 with a year-end ranking of 178, she had rocketed to 15th when she arrived at the year's final major, a meteoric rise that stunned even her coach.

"When I play my game I think nobody really likes that because I play a lot different than other players on tour," Andreescu said. "I like to change up the rhythm and I've always been like that and I just kept improving it." 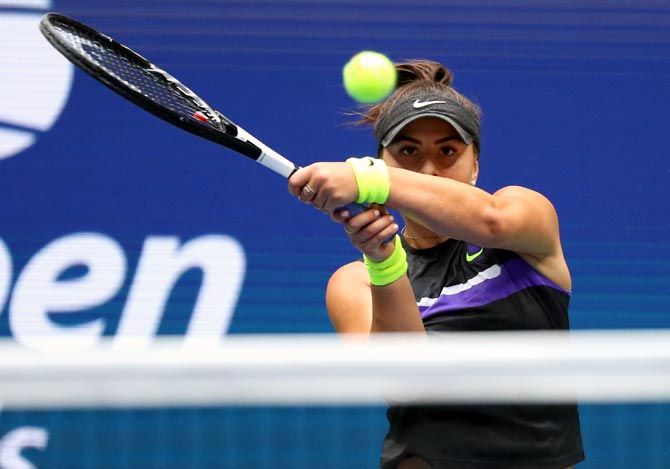 Andreescu, who said she is a voracious reader of Tony Robbins and other self-help authors, acknowledged that much of her improvement had come from developing mental discipline.

"I don't think I was ever as composed as I am now, or even a year ago," said Andreescu. "I would get really down on myself and I would get very negative thoughts going through my mind.

"I would smash racquets. I'd just yell at myself during matches."

Her surge into the game's elite culminated on Saturday with a 6-3, 7-5 victory over 23-times Grand Slam singles champion Williams.

And the upstart said she is not planning on slowing down any time soon.

"I love this feeling way too much," Andreescu said in a televised interview after the match, as her loyal Canadian fanbase cheered behind her on the plaza outside Arthur Ashe Stadium.

"I'm really looking forward to what I can do in many years to come." 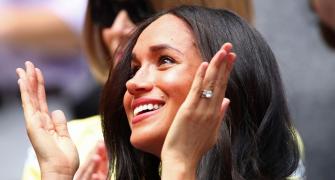 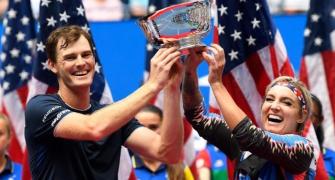 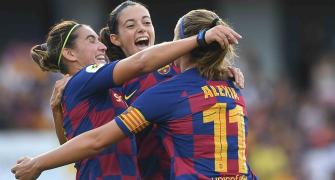 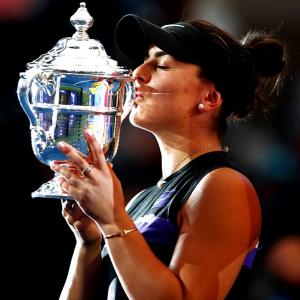 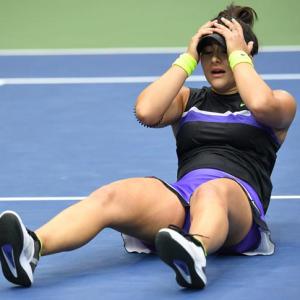