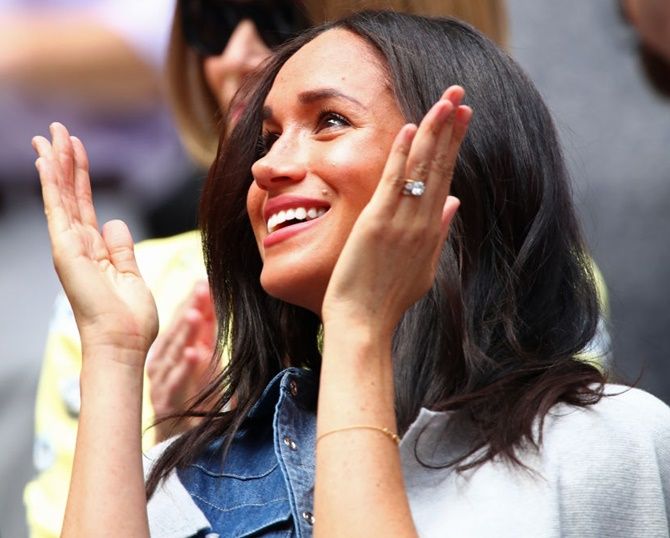 Amid the excitement of Serena Williams’ latest bid for US Open glory, some off-court news buzzed about the plaza at Flushing Meadows: a duchess had come to Queens.

Meghan Markle, the wife of Britain’s Prince Harry, sat in the player’s box of her good friend Williams as she took on Canada’s Bianca Andreescu in the women’s final on Saturday.

The presence of the Duchess of Sussex heaps even greater significance on what could be a memorable tennis occasion as Williams looked to add her name to the record books by equalling Margaret Court’s tally of 24 Grand Slam singles titles. But Serena lost the final. And the wait continues. 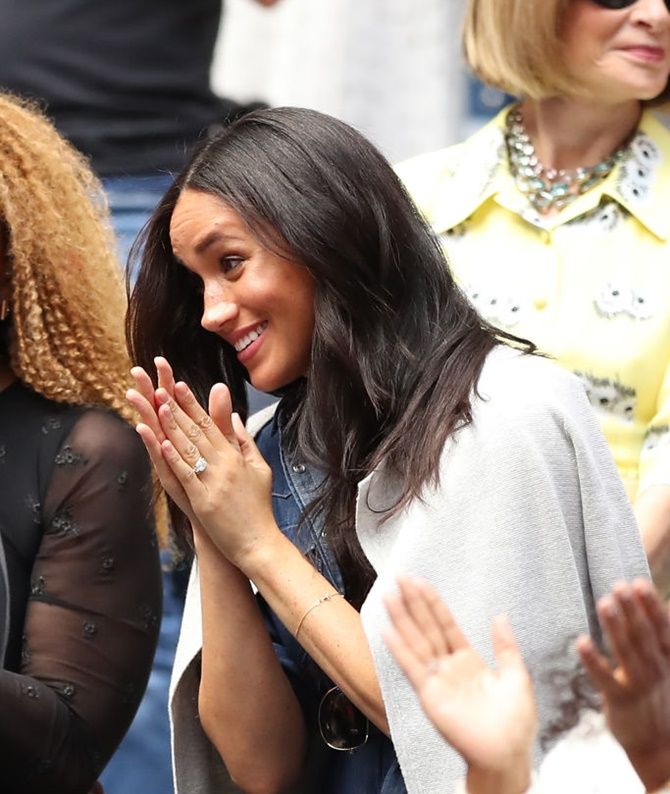 IMAGE: She is not, however, the first royal to appear at the final Grand Slam tournament of the year. Photograph: Mike Stobe/Getty Images

While the sight of royalty at Wimbledon is as common as strawberries and cream, Markle’s appearance in New York is sure to stun, even among the throngs of A-listers that regularly flock to the tournament.

She is not, however, the first royal to appear at the final Grand Slam tournament of the year. 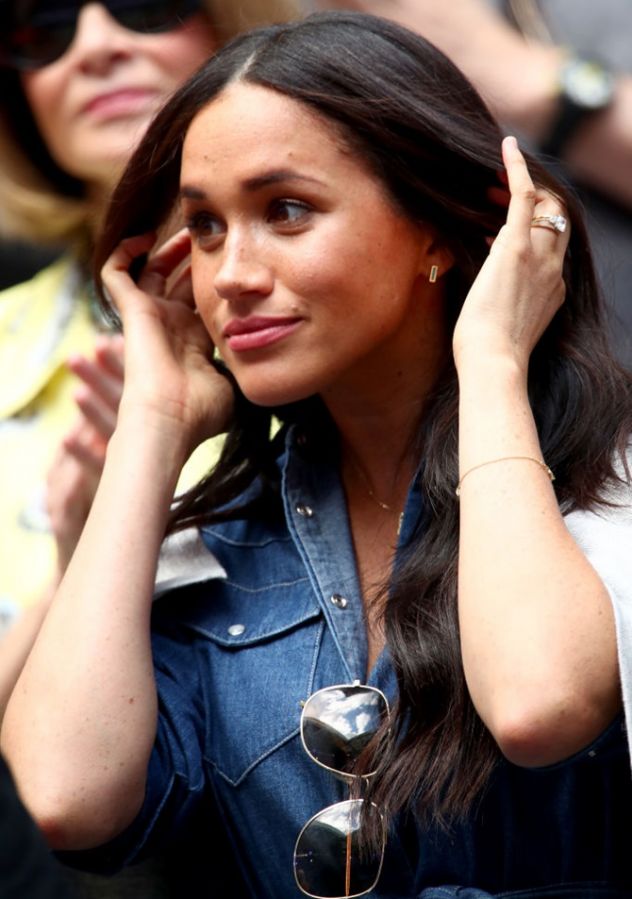 IMAGE: Markle made the last-minute decision to fly to the Big Apple. Photograph: Clive Brunskill/Getty Images

Yet Markle stands apart as one of the most recognisable faces in the world, after her 2018 wedding to Prince Harry, an event that commanded the global spotlight.

Williams has a long-standing and well-documented friendship with Markle, with the six-time US Open champion attending her royal wedding last year and, according to numerous media reports, co-hosting her baby shower in New York.

She celebrated the release of Markle’s cookbook a year ago in a Twitter post that pulled back the curtain on her friendship with the former actress. 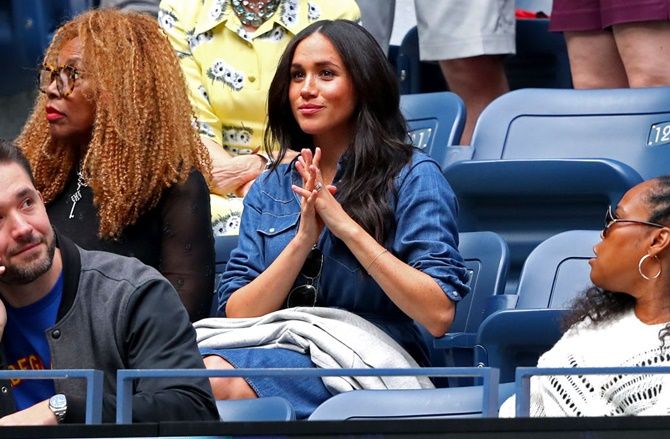 “I used to call you Meghan (and I still do) but dear Duchess of Sussex your first project ‘Together’ a cookbook bringing women of all cultures together. I could not be more excited about it and proud of you,” she tweeted.

Markle, appearing an equally devoted friend, made the last-minute decision to fly to the Big Apple after seeing Williams beat Elina Svitolina in her semi-final, according to the Times. 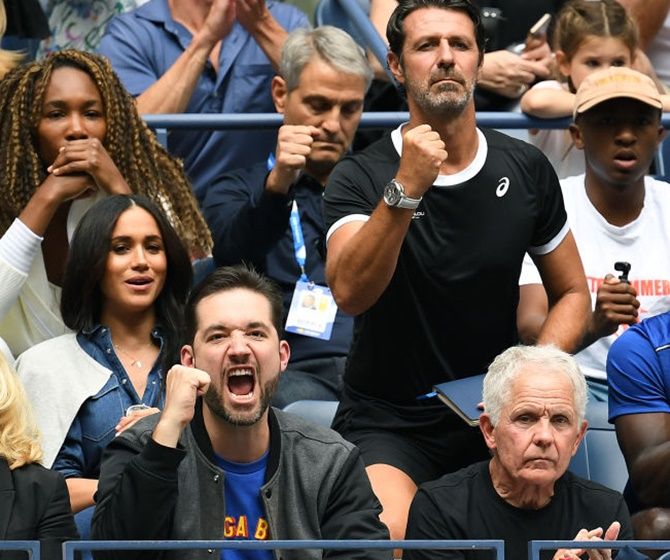 Demand for tickets to see whether Williams could capture an elusive record-equalling 24th major title was at a similar level to a year ago when she fell in the final to Naomi Osaka.

Yet demand for tickets to this year’s showpiece match was 33 per cent higher than in 2017 when Williams did not play in the final, according to StubHub.

The retailer showed tickets costing hundreds of dollars just to get into the Flushing Meadows facility on Saturday.

© Copyright 2021 Reuters Limited. All rights reserved. Republication or redistribution of Reuters content, including by framing or similar means, is expressly prohibited without the prior written consent of Reuters. Reuters shall not be liable for any errors or delays in the content, or for any actions taken in reliance thereon.
Related News: Serena Williams, Meghan Markle, Duchess of Sussex, IMAGE, Bianca Andreescu
SHARE THIS STORYCOMMENT
Print this article 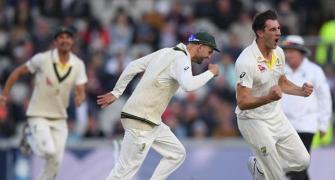 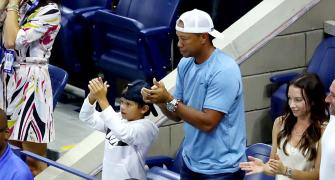 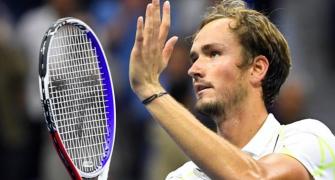 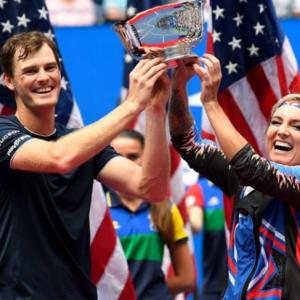 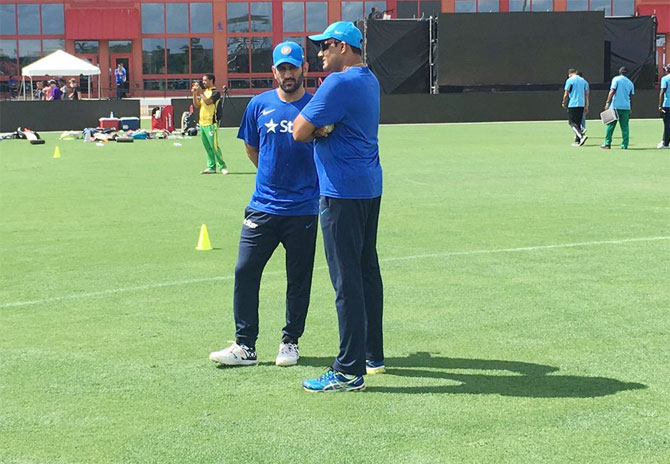