Grandmaster and national champion Abhijeet Gupta won the sixth Kavala International chess tournament after playing out a quick draw with Shota Adaladze of Georgia in the ninth and final round in Kavala, Greece.

Gupta ended with a splendid 7.5 points out of a possible nine and will also cross the 2650 ratings barrier for the second time. Ahead of the chess Olympiad that starts in about three weeks, this bodes well for the Indian team.

The last round was devoid of any excitement for Gupta as his opponent was not keen on a battle. Gupta had gone into the last round a full point ahead and ended the tournament also the same way as top few boards did not provide decisive results.

More good news followed for Indians as Grandmaster S P Sethuraman and Ashwin Jayaram joined the party. Sethuraman defeated Georgian Davit Maghalashvili in his last round game while Ashwin played out a draw with Alessio Valsecchi of Italy to match Sethuraman on points.

It was in fact, a six-way tie for the second spot that Sethuraman and Jayaram shared. As the tie was resolved, Sethuraman finished third while Jayaram ended sixth in the final standings.

After showing some fantastic results earlier on, Grandmaster Surya Shekhar Ganguly finished the tournament on six points drawing the last round game with Croat Alojzije Jankovic.

Among other Indians in the fray, Akshayraj Kore was humbled by Dimitros Mastrovasilis of Greece while S Nitin could not match the skills of top seed Tigran Petrosian of Armenia.

Neelotpal Das accounted for compatriot Niranjan Navalgund while G A Stany and Kruttika Nadig ended on the losing side.

Abhijeet played the entire tournament in good form, winning six and drawing three games. When asked about his best effort, the BPCL-employee picked out his game against Petrosian.

"I guess it has to be that game, I was black and playing against the top rated, he won a pawn but I was somehow able to get some forceful counter-play which really had him in troubles all along," said Gupta.

Overall the Indian was quite happy to have done well.

"It's normally one or two games that decide your fate in the tournament, here fortunately I was able to do well in them, something that had not been happening for some time even though I got a good result in Asian team championships some months back. I hope to carry this form forward," he said.

Gupta will now head for a 10-day training ahead of the chess Olympiad in Turkey. Gaining about 17 points in Greece, the former world junior champion looks set for some more good results.

Important and Indian results final round (Indians unless specified): 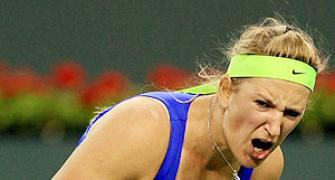 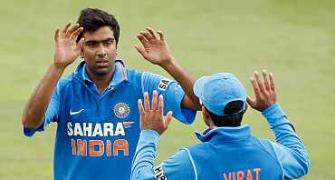