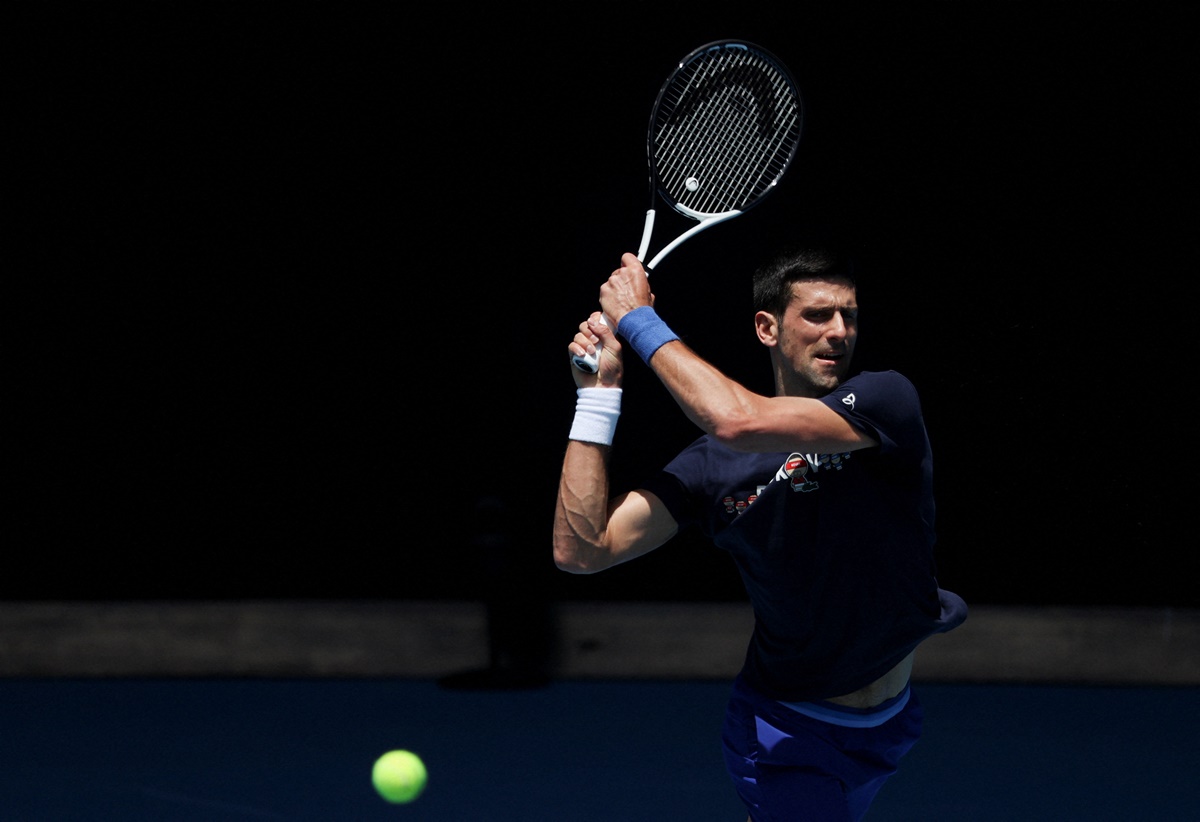 IMAGE: Novak Djokovic practices at Melbourne Park as questions remain over the legal battle regarding his visa to play in the Australian Open in Melbourne. Photograph: Loren Elliott/Reuters

World tennis No. 1 and vaccine opponent Novak Djokovic blamed "human error" on Wednesday for a mistake in his Australian immigration paperwork and apologised for breaking isolation for a photoshoot when he had COVID-19 last month.

The 34-year-old Serbian superstar is chasing a record-breaking 21st Grand Slam victory at the Australian Open beginning on Monday, but could be deported by the government which is unhappy with his medical exemption from inoculation.

The unvaccinated Djokovic was held alongside asylum-seekers at an immigration detention hotel in Melbourne for several days before a judge said that was unreasonable and ordered him free.

Though training now for the tournament at Melbourne Park, Djokovic could still have his visa cancelled again if Immigration Minister Alex Hawke exercises discretionary power.

Djokovic's cause was not helped by a mistake in his Australian entry declaration where the "no" box was ticked saying he had not travelled elsewhere in the previous two weeks.

In fact, he had gone to Spain from Serbia.

"This was submitted by my support team on my behalf - as I told immigration officials on my arrival - and my agent sincerely apologises for the administrative mistake," Djokovic said on Instagram.

"This was a human error and certainly not deliberate. We are living in challenging times in a global pandemic and sometimes these mistakes can occur."

Giving wrong information on the form carries a maximum penalty of 12 months' prison plus a fine and potential visa cancellation. There is widespread anger among Australians, who have a 90% vaccination rate among adults, over the saga.

"I don't like his arrogance," said one Melbourne resident, Teyhan Ismain. "It does seem that he's been telling a few fibs too. So I think he should just probably go back."

Djokovic was also contrite over an interview and photoshoot for French newspaper L'Equipe on December 18 while infected with COVID-19 for the second time.

"I didn't want to let the journalist down, but did ensure I socially distanced and wore a mask except when my photograph was being taken," he said. "This was an error of judgement and I accept that I should have rescheduled this commitment."

"Anti-vaxxers" opposed to inoculation have lionized Djokovic, but he said on his post that he would not comment more on the controversy out of respect for Australian authorities.

"I just want to have the opportunity to compete against the best players in the world and perform before one of the best crowds in the world," he said.

Djokovic's visa was initially cancelled on grounds he was unvaccinated and his medical exemption - based on having COVID last month - was unsatisfactory.

He denied media reports he also knew he was infected when he attended a December 17 tennis event in Belgrade to present awards to children. Social media showed him posing with the children, without wearing a mask.

"I was asymptomatic and felt good, and I had not received the notification of a positive PCR result until after that event," he said, adding that a rapid antigen test before the event was negative.

However, in an affidavit to an Australian court, Djokovic said he was diagnosed on December 16, the day before.

Fans, including many Serbian Australians, gave him noisy support when he was detained and his family have portrayed him as a champion for individual rights. But he may face hostility from the crowd if and when he walks out on court.

Australians are battling a wave of the Omicron variant and Melbourne has endured one of the world's strictest lockdowns.

"If an unvaccinated man with untenable views on the science of immunology, who chooses to mix with children without even a mask one day after testing positive to COVID-19, is inexplicably allowed to compete in a sporting event in Melbourne, the holders of tickets to the Australian Open should demand an immediate refund," Dr David Edgar wrote to Melbourne's The Age newspaper.

"Why should they risk being exposed to an ignorant, arrogant, selfish individual who has no good reason to not be vaccinated? Legal gibberish should be no substitute for rational thinking," he added, among a stream of mainly angry letters.

With sensitivities heightened as governments and medics worldwide insist vaccination is the only way out of the pandemic, Australia's top-rating TV network unwittingly revealed the passions behind the scenes.

There was at last some sympathy on the streets though.

"I'm desperately waiting for him to just come onto the court and play in front of Australian people and entertain us, that's it," said Nick Shukla, also in Melbourne. 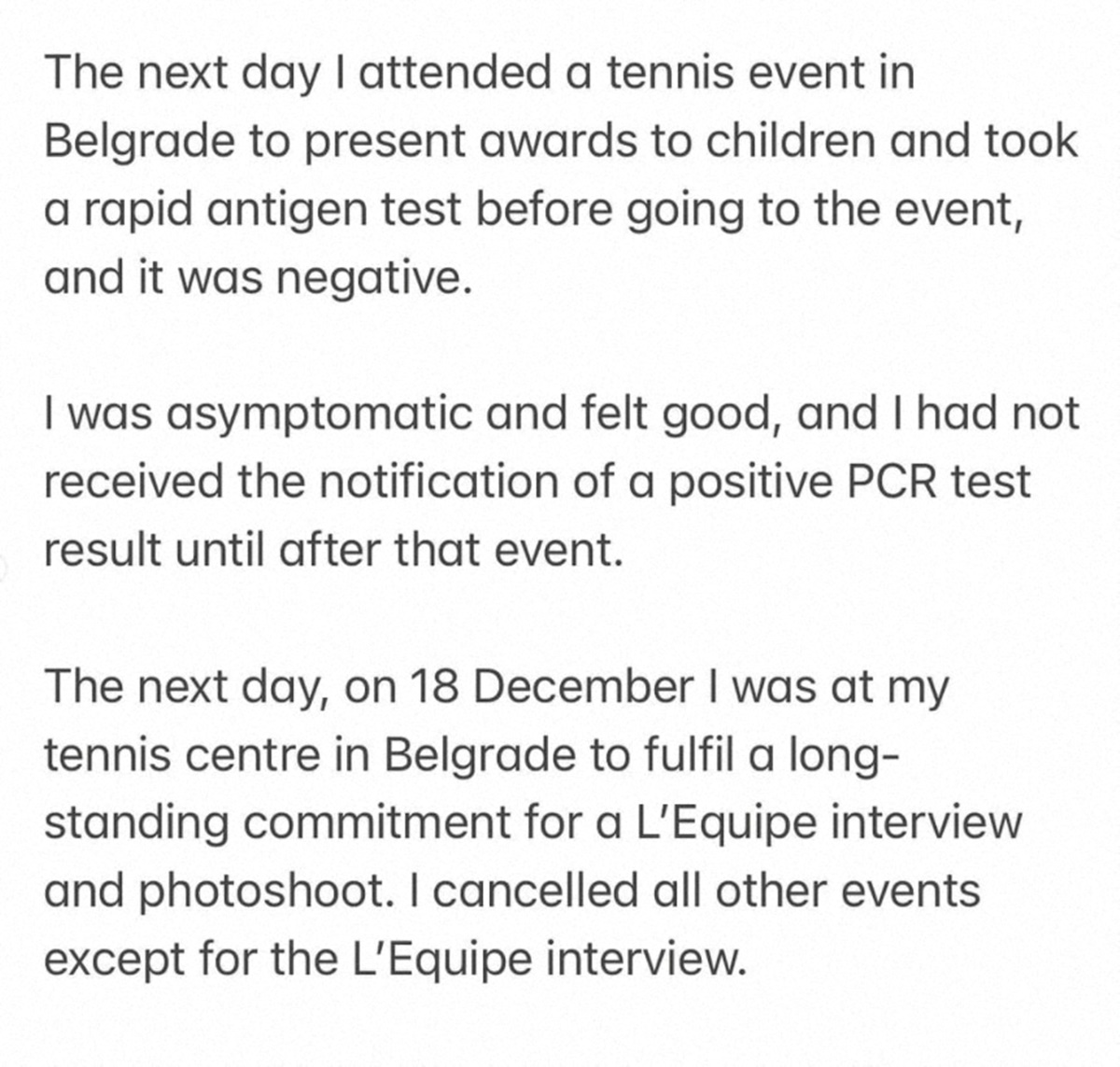 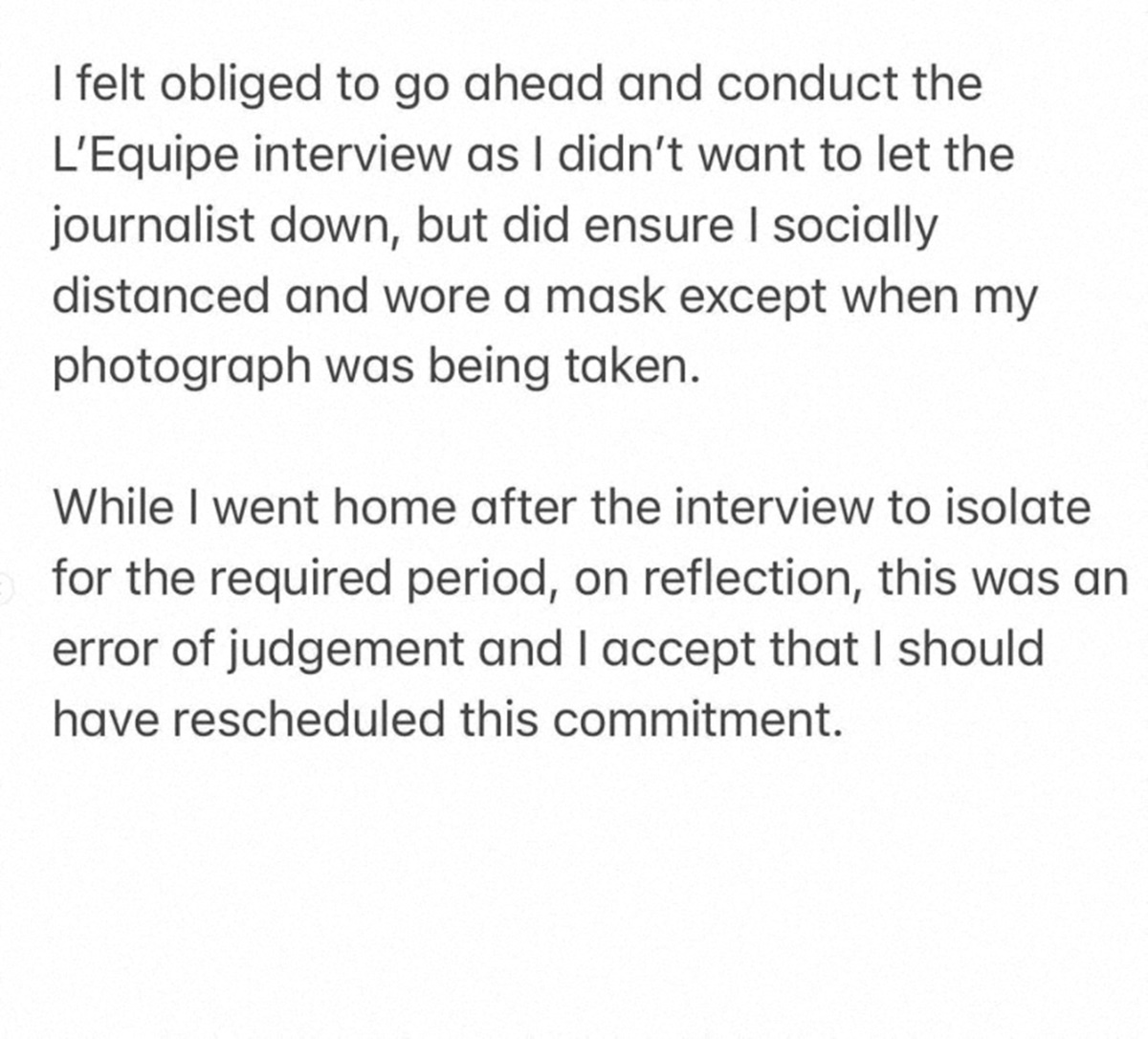 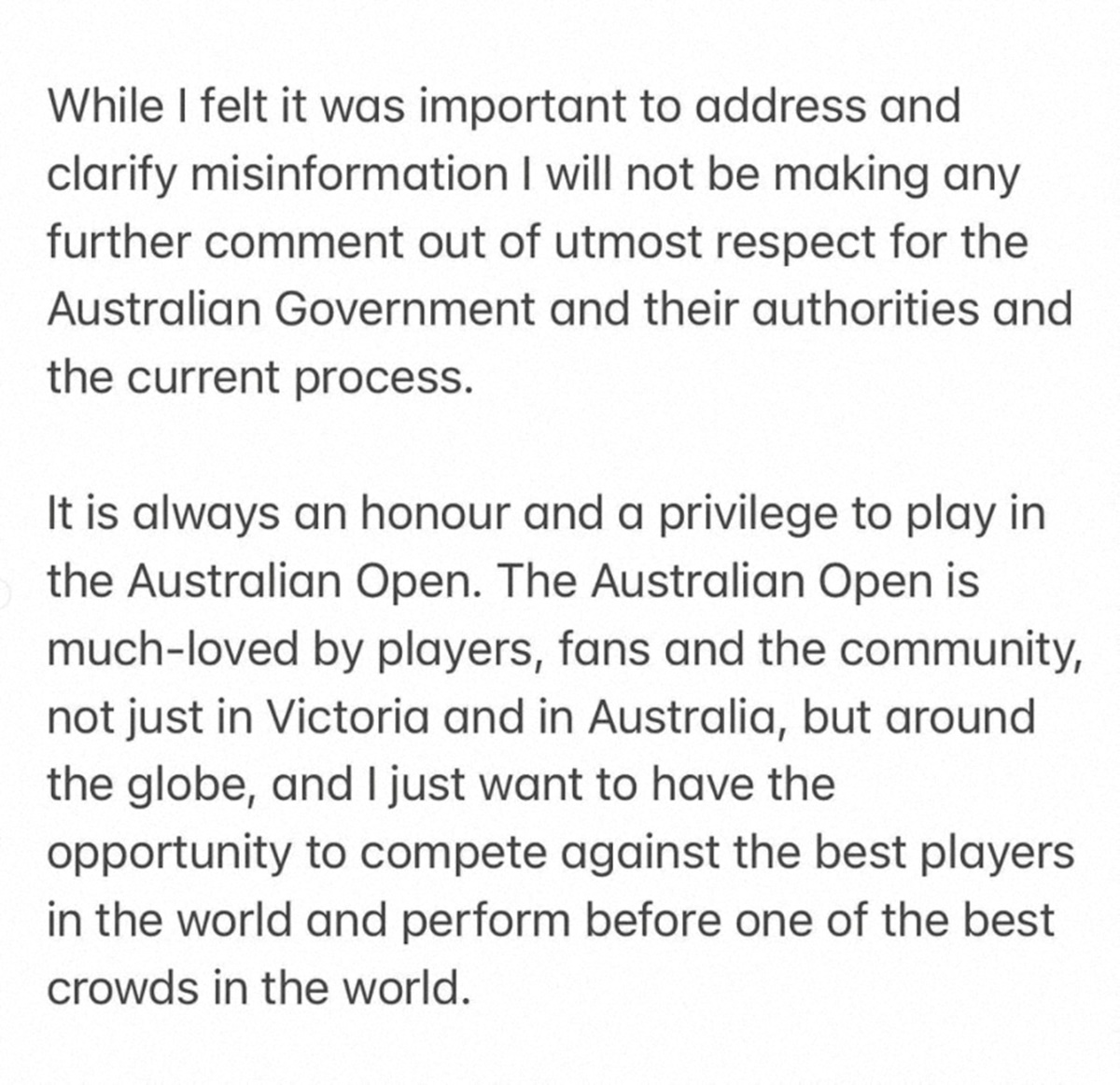 © Copyright 2022 Reuters Limited. All rights reserved. Republication or redistribution of Reuters content, including by framing or similar means, is expressly prohibited without the prior written consent of Reuters. Reuters shall not be liable for any errors or delays in the content, or for any actions taken in reliance thereon.
Related News: Novak Djokovic, Australia, Melbourne Park, Alex Hawke, IMAGE
COMMENT
Print this article