Why are Tibetans leaving India? 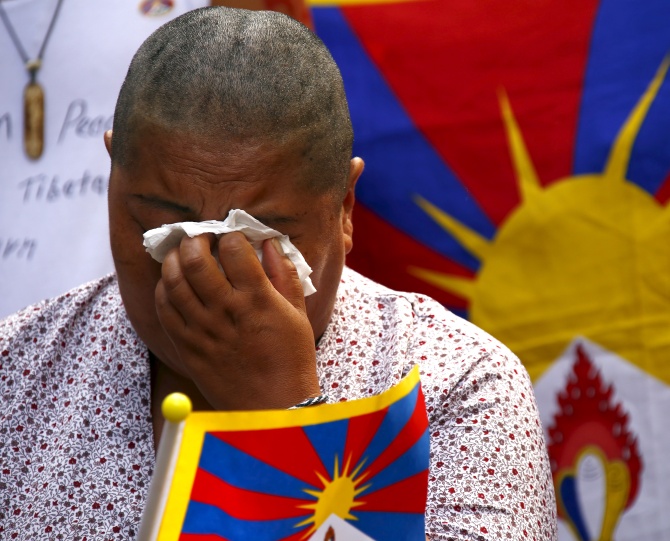 In New Delhi in late 2015, hundreds of Tibetans queued along rows of brick and razor wire outside the Chinese embassy following the announcement of streamlined visas for Tibetan returnees.

Perceived dysfunction within the exiled Tibetan political establishment, coupled with China's economic and political ascendance, has given Beijing a new narrative to lure Tibetan returnees -- even if the Tibetan dysfunction is largely of China's making.

After the April 2015 earthquake in Nepal, for instance, "there was a flurry of movement" by China to encourage Tibetan returnees.

"They did an exercise in Nepal where they suddenly opened that counter in the embassy in Nepal, and said anyone who lives in earthquake affected areas can come, no-questions-asked kind of thing, more or less as a PR exercise."

It was the first time since 2008, when China abruptly halted the issuance of visit permits to Tibetans abroad, that the policy was reversed. China had essentially used a tragedy to encourage Tibetans to return to Chinese-controlled Tibet, possibly for good.

The Tibetan government-in-exile "doesn't have a policy discouraging people to visit," one Tibetan official told me. "In fact, the understanding is that it's good to go. We've got to keep those connections. Otherwise, the community outside Tibet is so small, and the longer we stay in our current situation, the ties become that much more tenuous."

But that doesn't mean a reverse Tibetan migration wouldn't cause huge policy challenges for Tibetan exile leaders. A Tibetan American or Tibetan Canadian applying for a visa must go through "a very invasive, complicated process," the same official said.

"You really have to list (all) your relatives in Tibet, where are you visiting, and then they follow it up by actually contacting the individual people listed on the visa application form. So, it's a really big concern, because then that way they are able to track people, here and in Tibet. They know, in a certain village, Mr Tashi or Mr Tenzin has a relative in, say, Canada. That information is obviously used in ways (to monitor) that we know the Chinese government is capable of doing." 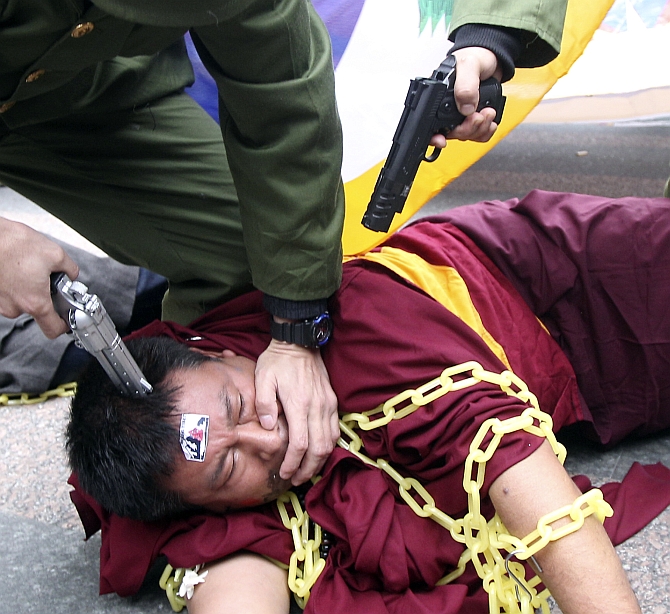 According to a 2008 US state department assessment of Tibetan settlements in India, a lack of opportunity and earning power is pushing younger Tibetans away, and adversely affecting the Dalai Lama's goal of cultural and traditional cohesion.

Settlement officers warned that because so many young Tibetans are leaving India, "Tibetan culture (in that country) may die out with this generation."

It could actually happen sooner.

Annual growth rates across the five dozen Tibetan camps in India, Nepal, and Bhutan was a paltry 1.4% in the decade after 1998; some settlements, like the enclave in the once bustling urban center of Kathmandu, saw a decline of 10%.

And even in camps where population numbers appear to be holding steady, a closer look often reveals a more depressing reality. At the Lugsum Samdupling settlement in Bylakuppe, India, the numbers paint a mixed picture.

But in the same settlement, deaths are outpacing births by 30%, unemployment hovers at 40%, only 9% of young people attend college, and nearly two-thirds – 63% -- report that they are migrating abroad or plan to do so soon. 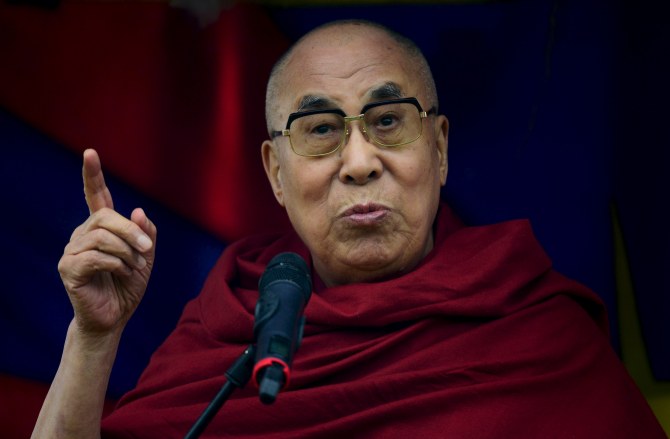 The bustling ethnic soup of Queens, in New York City, is where many of those who make good on their plans to leave end up. In Jackson Heights, two miles east of the Woodside community hall, Tibetan and Himalayan restaurants serve up plates of noodles and mugs of butter tea.

Over the years the area once known for its Indian salons and sari shops has transformed into a Little Tibet, where storefronts stuffed with Tibetan flags, Buddhist statues, and endless rows of incense share space with chefs hawking mounds of momos.

And like many of her peers in the West, she has worked hard to give her children a better life. Jackson Heights -- not India, and certainly not Tibet -- is now home.

As a kid, Kalsang was poor. Her parents moved to India from Tibet just a few months after the Dalai Lama in 1959, and had been living in Bylakuppe ever since. Her early life was dictated by the weather.

"In India we used to work as farmers. We'd plant the maize; we had two acres. You know, success depends on the rain. If it's good rain, then we get something. If there's no rain, everything is gone." Most years were mediocre. But no matter how fruitful the harvest, corn alone was never enough to financially sustain the family.

During the winter months, Kalsang and her siblings hit the road to sell hand-knit sweaters. There were no off-season jobs in Bylakuppe, "so we'd go for sweater business for ... three or four months. If it's cold, [we have] good business, but if it's not cold, then no business."

Kalsang grew tired of the sales life by the time she was in her mid-twenties, and tried her hand at another common job for young Tibetans in India: As a soldier in India's army.

Just as families in Tibet have for centuries sent one family member to the monastery, today in India, especially in northern areas, most refugees have at least one family member serving in the Special Frontier Force, all-Tibetan units that guard the India-China border in the mountainous regions of Sikkim and Arunachal Pradesh.

Kalsang spent five years in the male-dominated SFF. But that adventure eventually grew old, too, and by late 2001 Kalsang made up her mind to leave the service and immigrate to North America.

She settled on New York, and found someone in the United States willing to issue her an invitation letter for an outlandish sum of 250,000 rupees -- far more than she made selling sweaters in a year. She borrowed the cash from a local monastery, a common practice for Tibetans looking to migrate.

She arrived in New York a few months before 9/11 with just the clothes on her back and a few photographs of her family. After a year earning money as a live-in housekeeper to pay off the monastery loan, she presented her story to immigration officials.

Facts mattered little to the Americans, she recalls, and even with little to back up her story, her application for residency was granted in less than 180 days.

Today, Kalsang is raising her children to embrace their Tibetan culture.

"It's my job to teach my own kids, because in the United States, Tibetans are a minority. We have a few thousand Tibetans, that's it. (We are) mixing with people from other countries. So it's very important for me to teach them who we are, where we come from. You know, we're Tibetan."

On October 27, 2013, after paying the equivalent of $15,000 to an 'agent', Dechen, then 34, boarded a flight in New Delhi. She arrived in Paris with little more than a desire to see the world, to make money, and to leave the tedium and legal uncertainty of perpetual refuge in India behind her.

The unsettled nature of life in India is what pushed her to leave, she said. It was early 2013, and after breaking up with her boyfriend of a few years, she came to a realisation: "India was useless for me."

But where would she go? "America is very tough, very difficult to go to." Unlike Kalsang and thousands of other Tibetans who had pointed their compasses to the United States over the years, Dechen thought she would have better luck in Europe.

For Dechen, emigrating was miraculously straightforward. "Some people, they find it very hard to come here," she said. Tibetans, like other immigrants, "have to go to every country, to the border, and try to get in. Some have to cross water, through rivers. But I didn't face problems like that."

As the daughter of a relatively successful Tibetan businessman, raising the funds for airfare and papers was not hard. She simply paid her 'agent', secured her documents, and collected her luggage at baggage claim. "Maybe I am lucky," she says coyly. "I pray a lot." 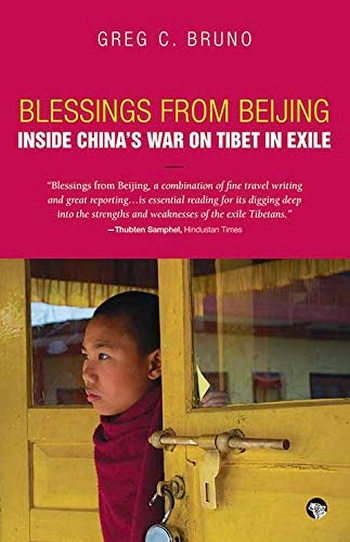 Today she lives in a small one-bedroom on the banks of the Seine. She works ten-hour days, six days a week, Monday through Saturday, at the salon some ninety minutes away by train.

Three other Tibetan transplants trim hair with her, along with four Sri Lankan ladies and two girls from Vietnam. During her commute she sleeps, reads, or plays Candy Crush Saga on her cell phone.

And in between the hours spent staring at the French countryside slipping past the train window, she considers the alternative: During the three years before she left India for Europe she was unemployed, living with her parents, and knotted up with a Tibetan man in a relationship that she said had no future. It's a trap many Tibetans her age are unable to avoid, including members of her own family.

Despite being homesick, Dechen has settled well. Since arriving she has earned enough money to move into her own flat, has begun a new relationship with a Tibetan she met in Paris, and regularly sends money home to her parents to repay money she borrowed when she left.

"Everything is different than in India, and life in France is easier," she says. "It's good. What we want, we get."

"India is very difficult for Tibetans."

Excerpted from Blessings From Beijing: Inside China's War On Tibet In Exile by Greg C Bruno, with the kind permission of the publishers, Speaking Tiger Publishing Pvt Ltd. 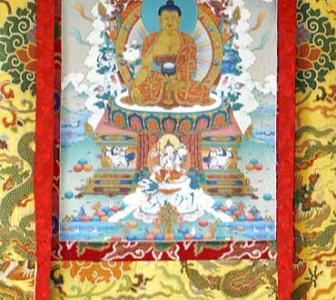 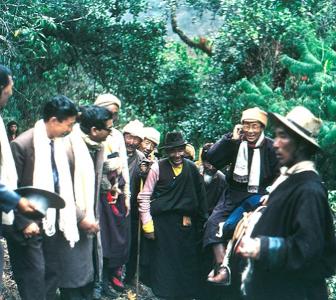 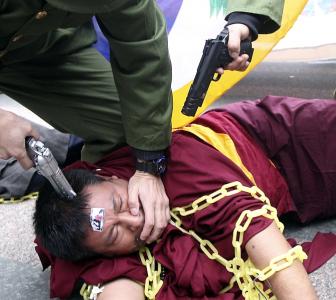 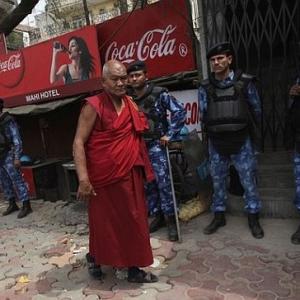