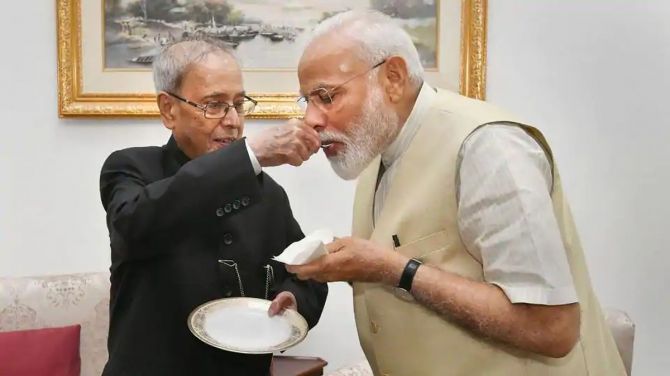 The internal process of decision-making varies from government to government, and Modi has brought in a pattern where a major decision is endorsed by the Cabinet or other appropriate bodies after the PMO or he himself has announced the decision.

However, as per protocol, if it is a matter of policy, it is to be discussed in the Cabinet, and naturally the finance minister takes the lead in initiating the discussions as desired by the PM.

But in the last six years of this government, we have seen the introduction of new work procedures where most of the decisions are taken by the PMO in consultation with the departmental heads or secretaries concerned, as the case may be.

Of course, there are certain decisions that have to not only be taken at the PM's level but also kept under wraps until their implementation.

In other words, barring a select group of people led by the PM himself, nobody else is privy to the decision until its implementation at the shortest possible notice is announced. This is normally the case where an element of surprise is necessary to derive the best results.

The Modi government's decision to demonetize, within a few hours of the announcement being made, high-value currencies, with a view to deal a body blow to the domestic black money economy, was one such instance.

Modi had not discussed the issue of demonetization with me prior to his announcement on 8 November 2016.

I learnt of it along with the rest of the country when he made it known through a televised address to the nation. There has been criticism that he should have taken lawmakers and the Opposition into confidence, before making the announcement.

I am of the firm opinion that demonetization could not have been done with prior consultation because the suddenness and surprise, absolutely necessary for such announcements, would have been lost after such a process.

Therefore, I was not surprised when he did not discuss the issue with me prior to making the public announcement. It also fitted in with his style of making dramatic announcements.

According to reports, he spoke of it at a Cabinet meeting and got the Cabinet's consent just a short while before he went on air to tell the nation that high-value currency notes had been demonetized.

However, after delivering his address to the nation, the PM visited me at Rashtrapati Bhavan and explained to me the rationale behind his decision.

Modi outlined three main objectives of demonetization: Tackling black money, fighting corruption and containing terror funding. He desired an explicit support from me as a former finance minister of the country.

I pointed out to him that while it was a bold step, it may lead to temporary slowdown of the economy. We would have to be extra careful to alleviate the suffering of the poor in the medium to long term.

Since the announcement was made in a sudden and dramatic manner, I asked the PM if he had ensured that adequate currency was there for exchange.

Following the meeting, I issued a statement extending support to the principle of demonetization. I maintained that it was a bold step taken by the government that would help unearth unaccounted money as well as counterfeit currency 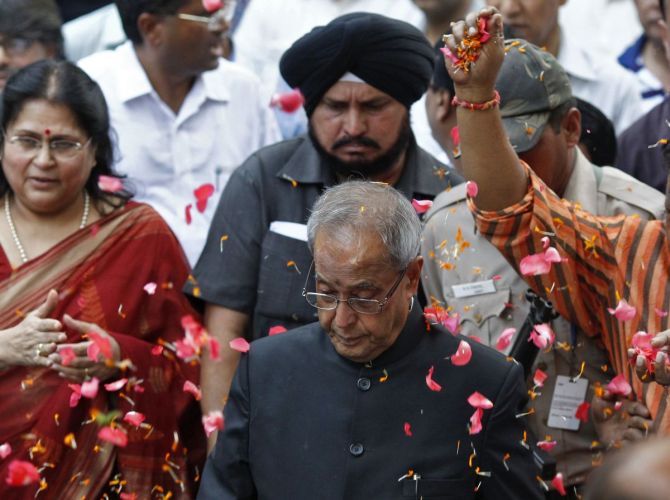 But demonetization wasn't an exercise initiated only by Modi. It had been discussed in Parliament and raised mainly by non-Congress parties several times, particularly from the '70s to the '90s.

I remember in the early '70s, I had sent a note on demonetization to the PMO after the successful implementation of the Voluntary Disclosure of Income and Wealth Ordinance, 1975.

A large amount of concealed income and wealth was declared by defaulters who stood in queues for long hours before officers of the Income Tax department, in the last three days before the scheme was scheduled to close.

Indira Gandhi, however, did not accept my suggestion, pointing out that a large part of the economy was not yet fully monetized and that a substantial part of it was in the informal sector.

Under these circumstances, she argued, it would be imprudent to shake the faith of people in currency notes. After all, currency notes issued by the Reserve Bank of India represent the commitment of a sovereign government.

Clearly, the problems associated with the demonetization policy were all well-known and the sufferings in the informal sector were also understandable. It was, therefore, natural for the decision to be questioned. Such decisions also shake the confidence of the people in the banking system.

It is difficult to assess the exact impact of demonetization, close to four years after it was implemented.

But perhaps one thing can be stated without fear of contradiction: That the multiple objectives of the decision of demonetization, as stated by the government, to bring back black money, paralyse the operation of the black economy and facilitate a cashless society, etc have not been met.

The GST law is, in a way, the most effective economic legislation since the Constitution of India was enacted and operationalized. Its introduction was a momentous event for the nation.

The genesis of this path-breaking tax reform can be traced back to the year 2000 when PM Atal Bihari Vajpayee formed a committee to review the GST plan under the chairmanship of Asim Dasgupta, the then finance minister of West Bengal.

The Kelkar Task Force on the implementation of the Fiscal Responsibility and Budget Management Act, 2003, had also suggested a comprehensive GST based on the value-added tax (VAT) principle.

Thereafter, the first concrete idea of GST came in the 2006 Budget speech of P Chidambaram in UPA-1. He referred the proposal to an Empowered Committee of state finance ministers chaired by Dasgupta, with a view to design a road map for the implementation of GST.

In April 2008, the committee submitted its report to the central government, titled 'A Model and Road map for Goods and Services Tax (GST) in India', containing broad recommendations about the structure and design of GST.

Action was initiated in March 2009 (incidentally, I took over as the finance minister as an additional responsibility to my charge of external affairs), when the Department of Revenue made some suggestions to the design and structure of the GST. 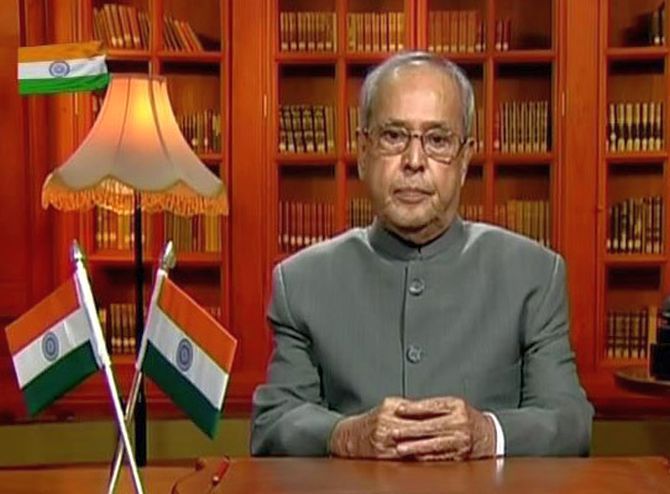 During my tenure as finance minister, I undertook the task to take forward the GST idea with strong determination.

An attempt was made to develop a consensus for the passage of the bill by reactivating the functioning of a panel of state finance ministers, to be known as the GST Council, presided over by the Union finance minister.

To facilitate the Constitutional requirement to have the competence to make the legislation, a Constitutional Amendment was passed with a majority and with the requisite number of state legislatures on board.

That same year, in order to take the GST-related work further, a Joint Working Group consisting of representatives from the Union and the states was constituted.

There is no doubt that there had been a lack of political consensus on the Constitutional amendments to provide the necessary legislative framework for GST. Some of the members of the EC were afraid of making changes to the existing structure.

Between 11 June 2009 and 17 April 2012, as many as 16 meetings were conducted by me with state finance ministers, members of the empowered panel, full panel and CMs.

Subsequent to these long-drawn and intensive discussions, in 2010, Chidambaram announced that the GST would be implemented from April 2011.

After the Budget speech of 2011-12, I had introduced the Constitution (115th Amendment) Bill, 2011 in the Lok Sabha in March 2011. The bill was then referred to a Parliamentary Standing Committee on Finance led by Yashwant Sinha, which submitted its report in August 2013.

Even though the Parliamentary Standing Committee submitted its report to Parliament suggesting improvements on GST, and the Bill was ready for introduction in Parliament in 2013, it didn't see the light of the day since the Lok Sabha was dissolved. 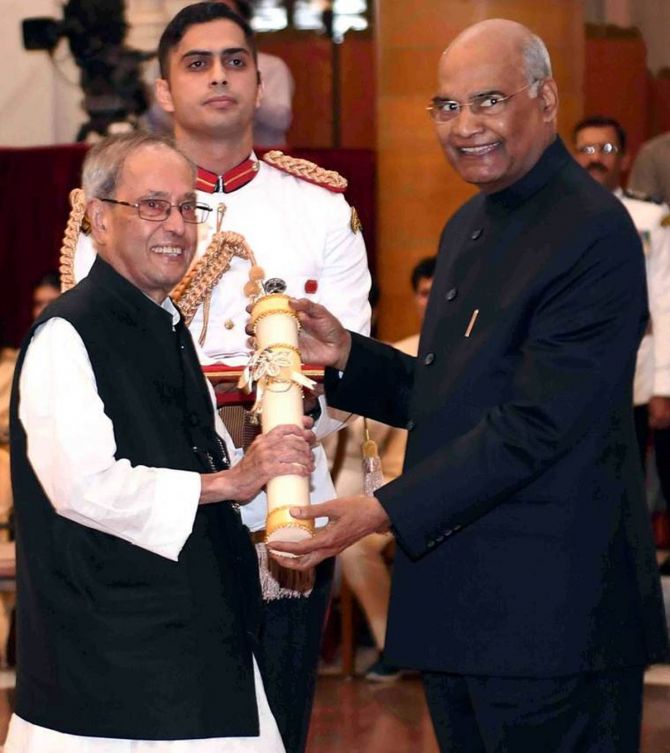 As President, I gave my approval to the legislation in September 2016. Other developments took place thereafter--the GST Council was constituted, Assam became the first state to pass the GST law, Bihar became the first non-NDA-ruled state [the BJP then did not share power with the ruling JD(U)], the GST Network was formed, and eventually, the GST regime was launched from mid-July 2017.

When the GST Bill was passed by both the Houses and the GST was to be officially launched on 1 July 2017, it was decided to have a ceremonial session of both the Houses at midnight in the Central Hall of Parliament to formally adopt the Bill.

Modi invited me to address the gathering on the midnight of 30 June. In fact, his phone call came early morning when I was taking my morning walk in the Mughal Gardens.

Those were the days when I was getting ready to leave Rashtrapati Bhavan, as my term was coming to an end on 25 July 2017. I informed the PM that I would speak with him after I return from my morning walk.

Coming back to my residence, I had a telephonic conversation with him, during which he insisted that as an individual, I had done my best for three-and-a-half years to get the bill passed, and as President of the Republic, the deal would be approved with my signature of assent.

It would be a historic coincidence if I addressed the joint session of Parliament assembled at midnight at the Central Hall on 30 June. I agreed.

That was my last ceremonial visit to Parliament, except for the farewell visit, when I was to retire from office.

Before the stroke of the midnight hour, I made my observations. I maintained that GST is a disruptive change.

When a change of this magnitude is undertaken, however positive it may be, there are bound to be some teething troubles and difficulties in the initial stages.

We will have to solve these with understanding and speed to ensure that it does not impact the growth momentum of the economy. The success of such major changes always depends on their effective implementation. 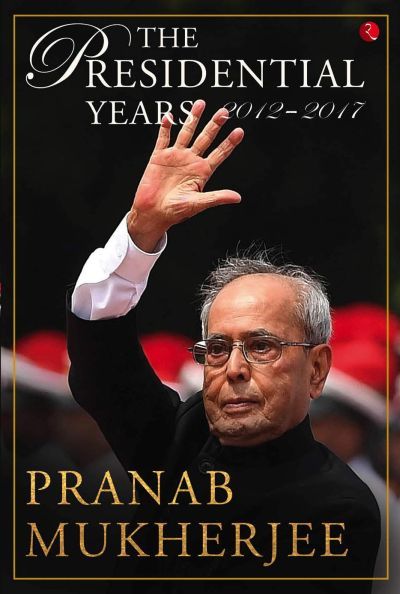 I expressed my deep appreciation for all those who had made tremendous efforts in making this path-breaking legislation. Thereafter, the bill was endorsed with a thumping of the tables.

Undoubtedly, the GST legislation has altered the Constitution very fundamentally because the financial resources of the Union of India vis-a-vis the states, as conceptualized by the framers of the Constitution, have been dealt with.

In the Constitution, the activities of governments are placed in three categories. Subjects in the union list were the grounds of activity for federal legislation.

Items in the state list in the Seventh Schedule were the playground of the state legislature.

The Constitutional principle was that the Centre would not interfere with the state's authority and determine the taxes of sales, purchase, etc. and that the state regimes had no authority to encroach upon areas of central taxes.

But with the new legislation, the Union government has forfeited its right to impose central excise duty exclusively and the state governments have forfeited their rights of exclusivity to impose duty on sale and purchase.

Now these rates have been brought under the GST Act, which will be concurrently formulated and operationalized by both the governments.

The GST regime is expected to play a transformative role in the way our economy functions. It will add buoyancy to the economy by developing a common Indian market and reducing the cascading effect on the cost of goods and services.

This edited excerpt from The Presidential Years: 2012-2017 by Pranab Mukherjee been used with the kind permission of the publishers, Rupa Publications India Pvt Ltd. 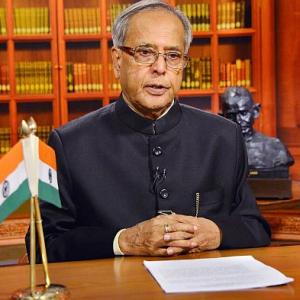