'A bit of foresight would have helped.'
'Isn't it common sense that this is sowing and wedding season?'
'The plan is indeed unquestionably revolutionary, but better preparedness could have avoided such teething troubles.'
Archis Mohan, Sanjeeb Mukherjee, Arup Roychoudhury and Shreya Jai report from New Delhi. 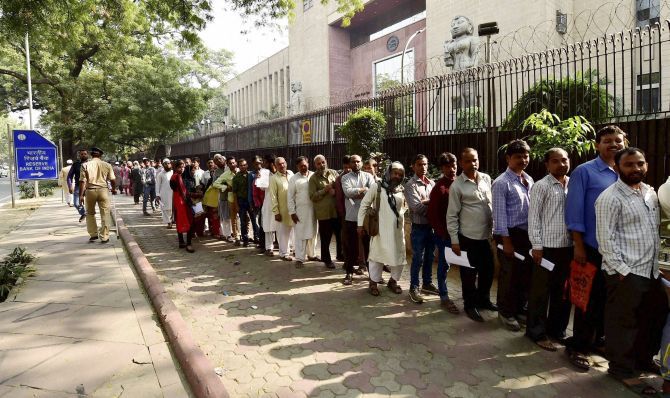 Who were the men and women Prime Minister Narendra Modi consulted before banning the big notes?

The answer to that question is hard to find, but Business Standard spoke to bureaucrats and politicians to piece together what went behind the decision of November 8.

Bureaucrats hardly spoke initially, but as queues got longer outside banks and ATMs went cashless, there were murmurs in the corridors of power that demonetisation was executed without much thought to details.

Some officials, who were now firefighting, confided in whispers that they were not kept in the loop.

A source told Business Standard that bureaucrats have now started sharing pre-demonetisation anecdotes, fearing that they may be held responsible by the political leadership for poor execution.

Those with their ear to the ground even pointed to the "subterranean propaganda" by the government's supporters of how the bureaucracy sabotaged the PM's plan.

A senior bureaucrat, who was part of the November 8 Cabinet meeting, which approved the decision to demonetise, said little consultation took place.

"The plan was already in place. We were called to be apprised about it," a secretary of a key department, requesting anonymity, said.

Last week, Power Minister Piyush Goyal told the Rajya Sabha that the Reserve Bank of India Board of Governors took the decision, Cabinet approved it and the PM announced it.

But those in the know claimed that the slot for the PM's speech, telecast at 8 pm on state broadcaster Doordarshan, had already been booked by the time the formal Cabinet meeting started around 6.30 pm.

"A bit of foresight would have helped. Isn't it common sense that this is sowing and wedding season? The plan is indeed unquestionably revolutionary, but better preparedness could have avoided such teething troubles," said an IAS officer in a core economy department.

The decision was a bolt from the blue for most ministers as well.

Janata Dal-United leader Sharad Yadav told the Rajya Sabha that Finance Minister Arun Jaitley was made aware of the decision at a very late stage.

'If you knew, you would have surely advised against it,' Yadav said. Jaitley permitted himself a smile, but didn't get up to correct his 'old friend.'

During the weekend, a senior minister confessed to a group of journalists that the government had no assessment of the impact demonetisation has had in rural and semi-urban areas, and whether new currency notes have reached these areas.

Neither the PM nor senior ministers have contested claims by a Pune-based outfit, ArthaKranti, that it was behind the idea.

The outfit had given BJP leaders a presentation before the 2014 Lok Sabha elections. Its leading light Anil Bokil has also claimed to have met the PM in July for a meeting that lasted nearly 90 minutes.

The jury is still out on how much planning went into it.

The PM said 10 months of preparation went behind the decision, but no official has so far elaborated on the planning before the move.

Bureaucrats, who were in the know, were working to a quick deadline, it is learnt.

In the process, several minute details were glossed over.

Then there are tales about how some bureaucrats had raised concerns about the multiple cascading effects of the move.

"But the support from most other senior bureaucrats, as well as among the ministers, drowned these voices," a source said.

However, finance ministry bureaucrats maintained that much planning, and even consultations, were carried out.

But they admitted that the number of "money mules" or "surrogates" was not accounted for.

Another gap in planning was that nobody thought acceptance of new Rs 2,000 notes would be a problem.

When the plan was being deliberated upon, all stakeholders involved were in agreement that a higher denomination note was needed, another source said.

"The RBI is known to have proposed Rs 2,000, Rs 5,000 or Rs 10,000 denominated notes. There is now an acknowledgement that a decision was reached without considering how the new notes would be accepted by people."

There's much talk on the role played by the central bank as well.

Officials pointed out that RBI Governor Urjit Patel should have provided realistic assessments on how this plan should be carried out, especially since it has all the data it needs regarding the rural and urban distribution of banks and ATMs and the printing capacity at mints around the country.

Questions are also being asked as to why only Economic Affairs Secretary Shaktikanta Das has been given the responsibility of interacting with the media, and through it to the larger public.

And why has not much been heard from other senior planners, including Finance Secretary Ashok Lavasa, Financial Services Secretary Anjuly Chib Duggal and indeed RBI Governor Patel? 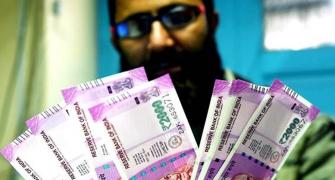 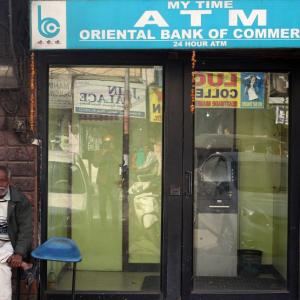 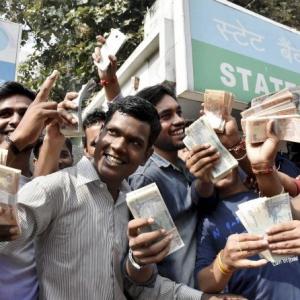