'Mr Mehta's jousts with owners and politicians taught many in the trade that editorial freedom is not given, it has to be fought for daily, and seized, especially in these times when the borders between journalism and paid-for-content masquerading as the real thing has permeated almost every newspaper in the land barring a couple.'

Roscoe Mendoza remembers a human being of uncommon decency. 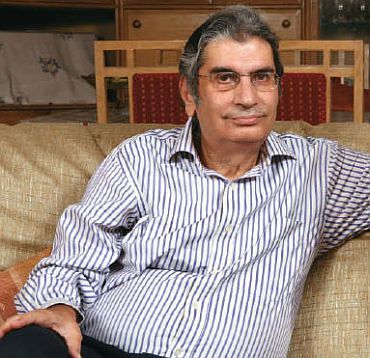 In the early tweets following the shocking alert that darkened Sunday morning, journalists and others hailed his courage under fire, his many qualities as one of the 'Last Great Editors,' his genius for encouraging journalists to tell stories that many of his contemporaries would have killed without a second thought.

I admired him for all those things and more -- Vinod Mehta was unquestionably the finest Editor of my time.

Most of all, I cherished his uncommon decency.

Many years ago, journalists at a newspaper sent him material damning a colleague, urging him to publish it. He refused, flinging the package into the dustbin. He would, he told a friend who then worked with him, not be party to calumny.

His decency is why he refused to be needled by the obnoxious trolls who denounced him on social media, abusing him relentlessly, calling the daughter he never knew unspeakable names, even digging up a television grab of him with a glass of single malt.

Trolls get under their target's skin after a while. Not Mr Mehta. He just laughed them off.

I never did work with him, only followed his trail to newspapers after he had left them. But in the spring of 1984, I freelanced for him at The Sunday Observer, the weekly newspaper Mr Mehta then edited and which divided Indian newspaper journalism into two eras: Before SO and After SO.

You could expect the unexpected every Sunday. If one week you had Dhiren Bhagat writing a savage obituary of Khushwant Singh (31 years before the Great Sardar died) in SO, another week had Anil Dharker's television review with just the word Rajiv printed 700 times, indicating Doordarshan's total obsession with the then prime minister.

Newspapers, Mr Mehta revealed every week, need not be stodgy and dull. They could be provocative, irreverent and creative.

You could be a tyke in the profession, but unlike editors who would deny you a job because you went to a suburban Mumbai college with what one eminence deemed a declasse-for-his-brand-of-journalism name, Vinod Mehta met everyone.

You went to the rather dowdy building opposite Bombay University and were led to a tiny cubbyhole where sat the editor transforming Indian journalism.

You made your story pitch. It didn't matter if you were a rookie, if the idea was good, you had the assignment. Mr Mehta allowed you to keep your tone in the story and cut very little.

He moved on to The Indian Post, a daily newspaper, which again startled rival newspaper barons and editors with its everyday vitality and the sheer freshness of its coverage. Even the gossip column in the Post rattled the high and mighty.

A few weeks after he left the Post -- after falling out with the owner who wanted him to tone down the anti-Rajiv coverage -- his successor at the newspaper was invited to a breakfast meeting at Raj Bhavan by the prime minister's then media advisor. The sole topic for discussion: The Post's gossip column which incensed the PMO!

The Post's circulation was minuscule compared to the titans of its time, and yet, thanks to Mr Mehta, it had a reputation far in excess of the copies it sold

The Times of India launched a newspaper, The Independent, for Mr Mehta after he left the Post. There were rumours that the Post's presence had intrigued Samir Jain, then beginning his career as India's answer to Murdoch, and that he was keen to have a newspaper which appealed to readers who liked the Post.

Mr Mehta's arrival at Times HQ, one heard, made the editors at the MotherShip very nervous. Would he eventually edit the ToI? That was not to be. A report linking a political notable to that organisation in Langley, Virginia, provoked an ugly storm. Mr Mehta fell on his sword only a few weeks after joining the Independent, apparently leaving the ToI editors much relieved.

Most editors are fortunate to have one newspaper which establishes their reputation. Mr Mehta had three -- The Sunday Observer, The Indian Post and The Pioneer, which he revived after he moved from his beloved Bombay to Delhi in the early 1990s.

Like he had done at the Post, Mr Mehta left the Pioneer after a disagreement with the proprietor over issues of editorial independence. When he lasted as long as he did at Outlook, his final publication -- he was its Editor-in-Chief from 1995 to 2012; he remained its Editorial Chairman until his passing -- his contemporaries were surprised.

Some attributed the longevity to a mellowing of the Mehta spirit, others to the fact that Rajan Raheja let Mr Mehta do his job even when Outlook's exposes reportedly brought the wrath of the Vajpayee government down on his business empire. Indeed, Lucknow Boy, the first of Mr Mehta's memoirs, is dedicated to Rajan Raheja, a 'Prince among Proprietors.'

Mr Mehta's jousts with owners and politicians taught many in the trade that editorial freedom is not given, it has to be fought for daily, and seized, especially in these times when the borders between journalism and paid-for-content masquerading as the real thing has permeated almost every newspaper in the land barring a couple.

Mr Mehta didn't have job offers waiting when he quit the Post and Pioneer. But that didn't hold him back when he was asked to go easy on the ruling dispensation. The trolls who condemn him as a 'Congressi', please note that the government in both instances were Congress ones. 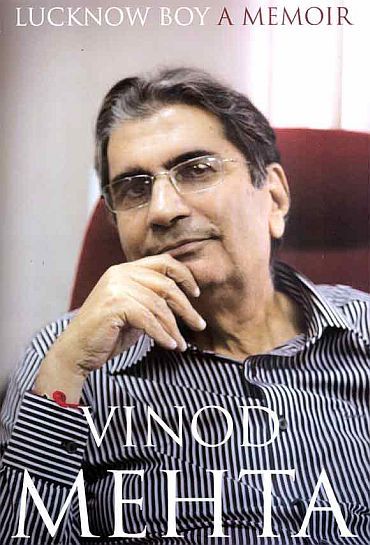 Mr Mehta never grew old. He was as enthusiastic about a juicy story in his late sixties as he was 30 years earlier.

Unlike many of his contemporaries consumed by their self importance and boastful of their associations (mostly imagined apparently) with the mighty, he remained a modest soul, always self-deprecating about his abilities.

A few weeks ago, I received an SMS from his wife. Mr Mehta, she wrote, was ill and in hospital, but I was in his thoughts and wanted me to know that things would be good for me. It is possible he mixed me up with someone else. Or, knowing the man, he had heard something and was concerned about me.

I hadn't seen him in maybe 10 years, only speaking on the phone a couple of times to set up interviews after his books were published. But that was Mr Mehta, a human being of genuine kindness and rare decency.

It didn't occur to me that he was so ill and we would lose him. I expected him to make a quick recovery and turn up on that nightly inquisition, trying to draw the host's attention, with that charming plea, "Arnuub..." (Mr G, by the way, was always respectful to Mr Mehta and wrote an unusual tribute to Mr Mehta in the ToI on Monday morning.)

It may be a cliche -- and Mr Mehta had an aversion for cliches -- but we truly will not see the likes of him again.

'Sanjay Gandhi was king of India; his mother was No 2'
'Corruption, unfortunately, is at the editor level' 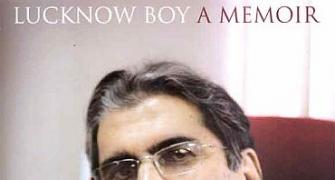 'Sonia is no goongi gudiya'