News
Business
Movies
Sports
Cricket
Get Ahead
Money Tips
Shopping
Sign in  |  Create a Rediffmail account
Rediff.com  » News » 'We will protest against anything we find offensive' Freedom of speech does not mean you can write or say anything and everything. You cannot hurt the sentiments of the people on the pretext of freedom of speech, says Dinanath Batra, one of the main petitioners against Wendy Doniger's book, The Hindus: An Alternative History.

There are limits and one should not cross that. The Supreme Court of India has often said while dealing with similar subjects that one needs to look at the intent and the language of the author of a book. In the case of Wendy Doniger's book, the intent is wrong and the language deployed is not right.

The book in question has several factual errors and hence the objections raised by me are very valid in nature.

Nothing suggests that our identity can be trampled or our religion and traditional values hurt under the garb of freedom of expression and speech.

The author clearly says that she only wanted to write about sex in Hinduism. Her intention to bring out sex in Hinduism is offensive and does not have the right intention. Why I am repeatedly saying her intention is bad is because the content and language are not only abusive, but also anti-national.

There is nothing wrong if I have protested against the book, because it is not right on her part to hurt the feelings of the Hindus.

We have protested in the past and will do so in the future against anything that we find offensive or portrays a bad image of our society. No one has the right to hurt the religious sentiments of people. 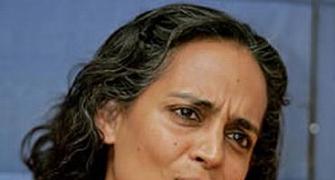 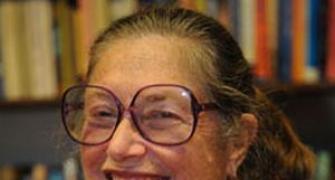 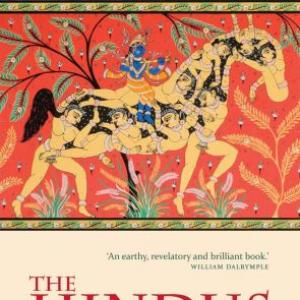