The man who helped shape India 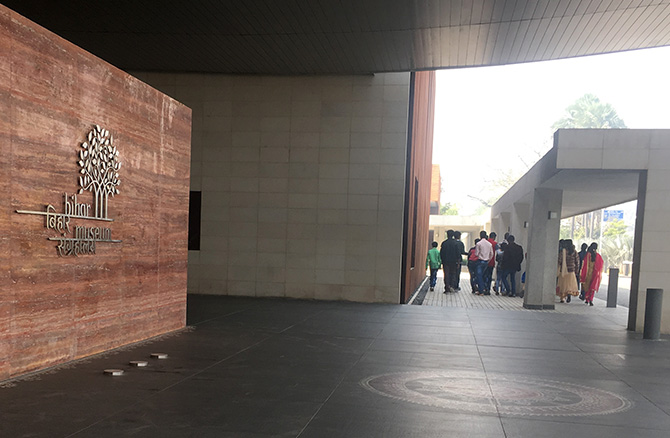 India was yet to begin scripting its independent history when Mahendra Raj, a civil engineer fresh out of college, took a train from Lahore on August 11 to what would become his new homeland.

"Perhaps it was one of the last trains that was not attacked," he says. Partition had caused devastation on both sides.

Among the top priorities of the Jawaharlal Nehru government that took charge was to build infrastructure for a new administration, and for a vast populace and the millions of refugees it was to serve.

The nationalistic fervour of shaping a new nation was an early and perhaps strongest influence on this young engineer.

With Lahore in Pakistan, East Punjab on the Indian side was left without a capital. 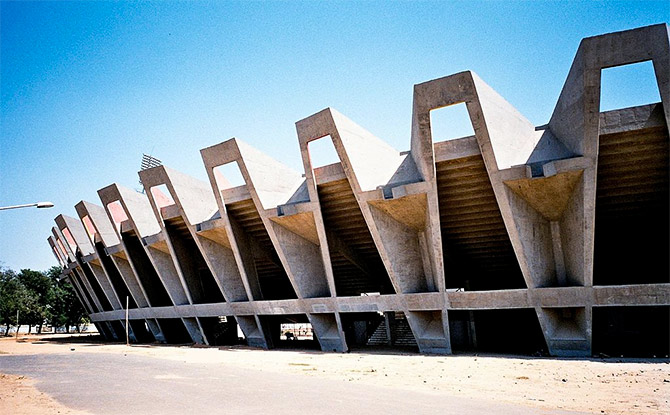 Raj, then 23, and working for the Punjab public works department, was sent to Shimla.

His department was tasked with refurbishing the erstwhile summer capital of the Raj while Chandigarh was being readied to take over as Punjab's capital.

Raj's first assignment was to oversee the repairs of the stretch of the Hindustan-Tibet Road that passed through Shimla along the Satluj river.

He quickly rose through the ranks and was put in charge of all construction in the hill station.

But the plans to rapidly develop infrastructure in India were stymied by an acute shortage of building material.

"Cement was being rationed and we were always short on coal," Raj remembers.

Chandigarh, in the foothills of the Shivaliks, had been chosen as the site for a new capital.

While Raj, posted as the city's first resident engineer, was sourcing construction material from across the country for upcoming projects, Swiss-French architect Charles-Édouard Jeanneret (better known as Le Corbusier) was chosen to design a master plan for the city.

Corbusier and his team of three also designed the Capitol Complex, which would include the Palace of Justice (the high court), the Palace of Assembly (the legislative assembly), the Secretariat and the Governor's House (it was never built).

Raj would go on to share the drafting table with legends and establish himself as a towering figure of 20th century Indian architecture.

Le Corbusier had insisted on a French design engineer to assist him. But Punjab PWD's then chief engineer, P L Varma, made sure that young Indian talent got the job.

By 1953, Raj was the design engineer chosen to work alongside Le Corbusier. They did not see eye to eye on all matters.

"Once, we disagreed with Le Corbusier's elevation plans for a special block in the Secretariat building. When I took our recommendations to him, he lost his cool and threw the papers back at me," recalls Raj.

"He eventually came around to incorporating our suggestions."

"If the concept phase does not include the participation of engineers, some design elements may have to be changed later, which causes grave problems," he says. 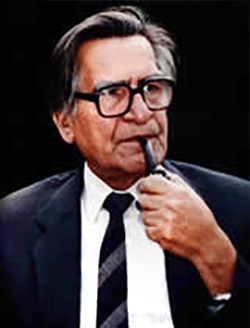 Back in 1954, by the time the work in Chandigarh was completed, Raj had made up his mind to study further. The PWD had allotted a piece of land to each of its employees at a nominal cost.

Raj sold his plot to fund his education abroad. He received a master's in structures from the University of Minnesota and went on to complete an advanced course at Columbia University on a scholarship, while working with the reputed architecture and engineering firm, Ammann and Whitney, in New York.

During his time there, he became friends with architect Minoru Yamasaki, who later became known for designing New York's original World Trade Center.

His firm sent him to India to oversee a project. Yamasaki asked him to return and work with him in New York, but the idealist Raj wanted to replicate the success of modern architecture in India.

He quit his job with Ammann and Whitney, declined all other offers and started his own practice in Mumbai in 1960.

Raj then started collaborating with the pioneers of Indian architecture, thereby doing pioneering work himself.

His office in Mumbai was located near that of architect Charles Correa's, whom Raj remembers as a dear friend.

One day Correa walked into Raj's office and placed a drawing on his table.

"It was like a crumpled sheet of paper, but then he said, 'Can you build this for me?'"

"I marvelled at the question," Raj says, and then agreed. "But I told him that it will require a few more folds that I will guide," he says. This became the Hindustan Lever Pavillion in Pragati Maidan, completed in 1961. His association with Correa also produced the 50,000-seater Sardar Patel Stadium on the banks of the Sabarmati in Ahmedabad.

Absurdly, Raj recalls, Correa was asked by the city mayor to design just one column and that they would replicate his design for the rest and construct the stadium.

"He narrated the hilarious conversation and asked me if I would like to split his Rs 25,000 commission and build the stadium anyway," says Raj.

The iconic structures that owe to Raj's engineering talents are too many to list.

His love for open spaces is manifested in many of his works, including at the National Centre for Disease Control in New Delhi. Two nine-storey-high inclined wings join the central core at the top to create an open atrium and column-free floors.

"Raj can sculpt concrete the right way to give you a beautiful structural system, which can hold buildings of any kind," says Balkrishna V Doshi. He says the decades of working with Raj were very inventive.

"Like an elder brother, every time I would come up with something, he would ask me to go and rethink," says Doshi, 90.

The accolades that have come his way are numerous, but the losses are not inconsiderable either.

The recent demolition of the Hall of Nations built in 1972 at Pragati Maidan in New Delhi with the celebrated architect Raj Rewal is seen by many as a loss of precious urban heritage.

"It was the first of its kind space frame in reinforced concrete in the world," is all the nonagenarian has to say about the famed structure. 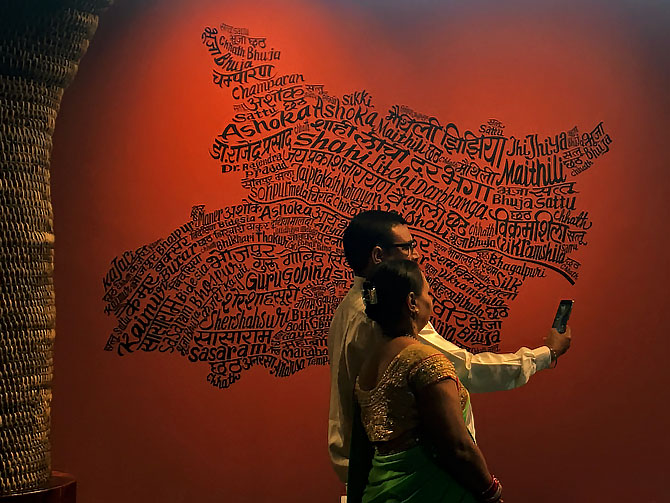 Raj's experience continues to inspire a new breed of architects.

Architect Rahul Gore, a partner in Opolis, says Raj's advice to opt for a lump sum tender helped them complete the project quicker.

"Raj was clued in right from conceptualisation and pitching to design and execution," says Gore.

Gore and his partner Sonal Sancheti also share a friendship with Raj's son, architect Rohit Raj Mehndiratta, who co-authored the book, The Structure: Works of Mahendra Raj (2016), with his architect wife, Vandini Mehta.

"Raj always amuses us with his humour," says Sancheti, "and the energy he brought to the Bihar Museum project inspired all of us to give it our best."

Now 94, Raj can still be seen advising young architects at his office in Delhi's Jangpura.

The rest of us might be privileged to catch him during his evening walks in Lodhi Garden -- but only those who can match his pace. 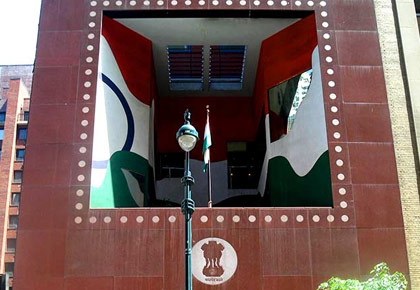 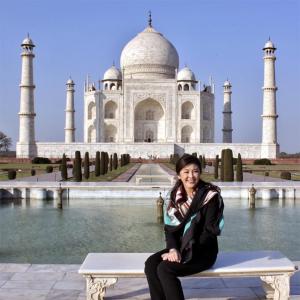 The city of the open hand