The Mahatma and the Vaikom Satyagraha

Almost a century before the current Sabarimala movement -- to facililate the entry of women between the ages of 10 and 50 into the Kerala shrine -- there was the Vaikom temple movement, to throw open temples in Kerala to all castes, a movement led by among others a man whose 71st death anniversary we mark today.
A fascinating excerpt from Rajmohan Gandhi's new book, Modern South India: A History From The 17th Century To Our Times. 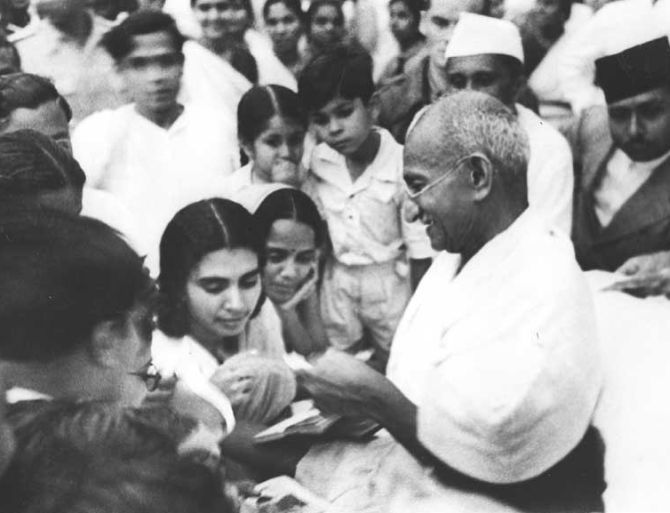 Untouchability received greater attention in 1924 and 1925 because of a prolonged and onerous effort in the Travancore principality to prevent Ezhavas, other 'low' castes and 'untouchables' to merely approach, without entering it, the hoary Siva temple in Vaikom, about 115 miles north of Thiruvananthapuram.

Travancore's princely family governed this Siva temple and the four roads around it, which were open to caste Hindus, non-Hindus and animals, but not to the Hindu world's low castes and outcastes.

Begun on 30 March 1924, the Vaikom Satyagraha, a by-product of the Non-cooperation Movement, witnessed disciplined attempts by Ezhavas and their higher-caste Nair comrades to walk on the prohibited roads.

Orthodoxy, led by Brahmin Nambudiris, opposed the satyagrahis, who were arrested by the Travancore police or blocked by barriers on the roads.

In protest, and hoping also to affect orthodox minds, the satyagrahis stood in front of the barriers, plying the charkha.

When exceptionally heavy rains inundated the roads, the satyagrahis remained standing in waist-deep water to continue their protest.

Accounts of their staying power stirred much of India at a time when the Non-cooperation Movement was no longer making headlines. 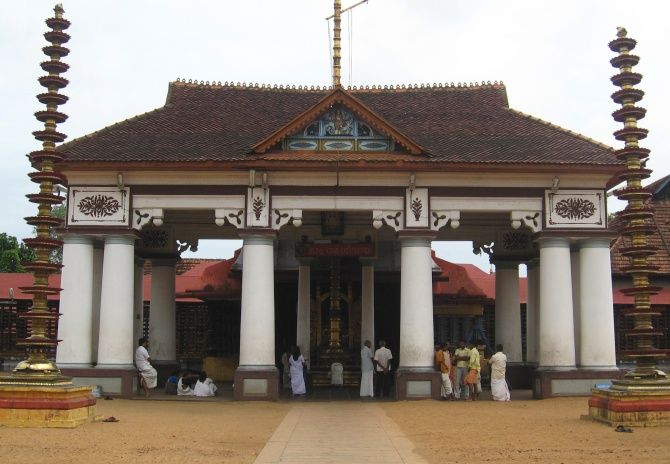 Released from prison in February, Gandhi involved himself in the satyagraha on the urgings of, among others, the Ezhava leader, T K Madhavan, and a Nair teacher associated with the newly started Mathrubhumi, K Kelappan. Both Madhavan and Kelappan were part of an anti-untouchability committee formed in Vaikom.

Arrests of local leaders and frequent exhaustion of funds tested morale, but did not break it. In November 1924, large numbers of Hindus in the Malayalam country marched towards Thiruvananthapuram in two converging processions.

One, going southward, proceeded from Vaikom, and the other, going north, from Kottar. Both marches maintained perfect discipline. In Thiruvananthapuram, twelve of the marchers presented to the Maharani regent a mammoth petition, signed by more than 25,000 persons, for opening Vaikom's temple roads to all.

Unprecedentedly, many Namubudiris and Nairs had joined the march from Vaikom, in organising which a major role was played by Mannath Padmanabhan, founder, ten years earlier, of the Nair Service Society. 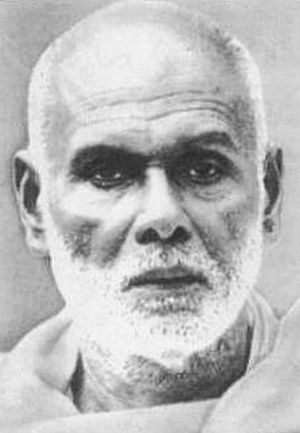 Welcomed on their route by Ezhava women, the marchers ate rice offered by 'untouchable' Pulayas and called, in his ashram, on the venerated Narayana Guru, who blessed their bid. He had visited the satyagrahis's camp a month earlier, made a handsome donation, and apparently offered to be a satyagrahi himself.

In March 1925, Gandhi arrived in Vaikom, held public meetings, bolstered the satyagrahis, met the Maharani regent, and confronted the head of the Nambudiri priests in a three-hour conversation.

Before journeying to Vaikom he had written in Young India (19 Feb 1925): 'The Vykom satyagrahis are fighting a battle of no less consequence than that of Swaraj'.

Having touched several 'untouchable' satyagrahis following his arrival, Gandhi had become polluted. Thus reckoning, the chief priest kept himself at a safe distance throughout the long conversation. The story would endure in the Malayalam country.

Towards the end of Gandhi's nine-day visit, the princely authorities climbed down, yet it was only months later, in November 1925, that all, including Ezhavas and the 'untouchables', were able to walk on the temple roads.

Only on three of them, that is. The fourth road was made a 'Brahmins only' path from which Christians and Muslims too were excluded.

Destined to be venerated himself as the rationalist Periyar, EVR played a significant role in the satyagraha and suffered imprisonment for it. In November 1925, he presided at a large public assembly in Vaikom where the struggle's participants and supporters accepted the terms that Gandhi's visit had secured.

Future critics would call the terms inadequate, but the response at the time was of joy and triumph. A year earlier, Dr Bhimrao Ambedkar, thirty-three at the time, called the Vaikom satyagraha 'the most important event' for the country's 'untouchables'. 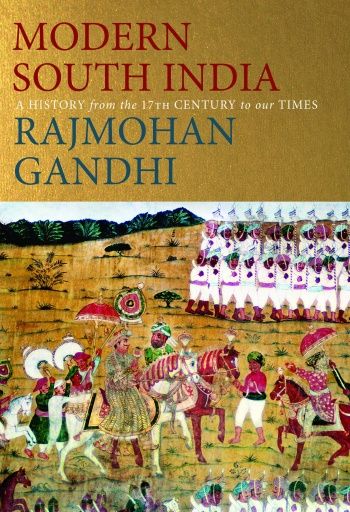 In 1936, eleven years after the 'three-fourth' victory, Travancore's ruling family would open all its temples, and the roads leading up to them, to all Hindus.

In the Malayalam country, Vaikom helped the freedom and social justice movements to join hands. Elsewhere in India, the news from Vaikom confronted insulated caste Hindus with the ugly realities of untouchability and unapproachability.

There was another consequence. Since the Vaikom struggle took place in the territory of Travancore, 'the princely states were helped onto the map of the national freedom struggle'.

Excerpted from Modern South India: A History From The 17th Century To Our Times by Rajmohan Gandhi, with the kind permission of the publishers, Aleph Book Company. 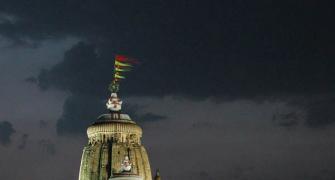 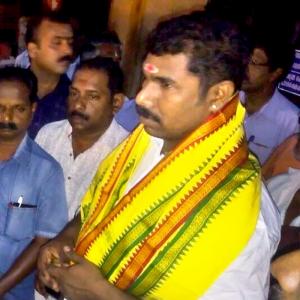