Thousands of people from all walks of life congregated at August Kranti Maidan in Grant Road area of south Mumbai to protest the new legislation -- the Citizenship Amendment Act -- which many claim is discriminatory, communal in nature and goes against the very fabric of our nation.

Incidentally, the venue -- August Kranti Maidan -- is the same where Mahatma Gandhi had in 1942 called for British to 'Quit India'.

As the thousands gathered and shouted slogans like 'Modi-Shah se aazaadi' and 'Tanashahi nahi chalegi (dictatorship won't work)', Rediff.com's Hitesh Harsinghani was there to capture the mood.

And the one takeaway from there: They may look different, they may be from different parts of the city, but their anger is the same. The 23-year-old, works for a shipping company. "Our secular integrity is getting ripped off. Being at the protest is the least we can do." 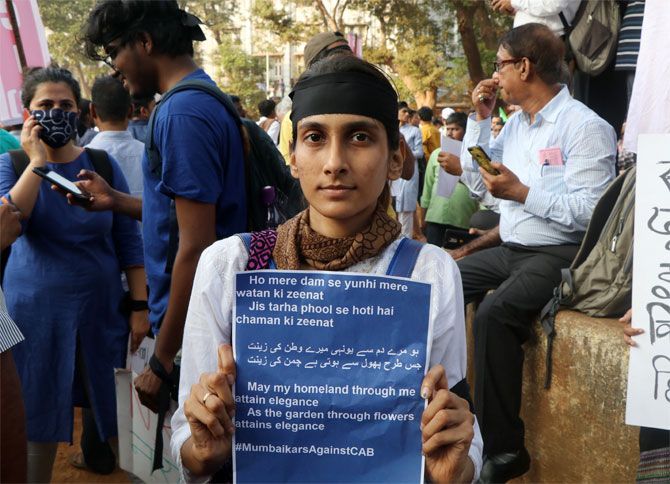 A teacher at Mumbai University said, "I am here to save the spirit of our Constitution." "This division shouldn't be happening in our country. We are doing our bit by protesting; the rest is in the hands of the government," said the 32-year-old hardware engineer. She runs her own production company. The business owner said, "It's now or never and I'm tired of being silent." This 28-year-old is an ex-student of Jamia Millia Islamia. "I'm in solidarity with the students. I have hope things will change in the future." 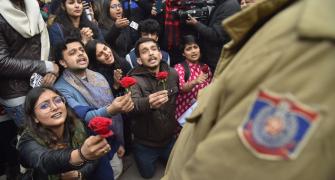 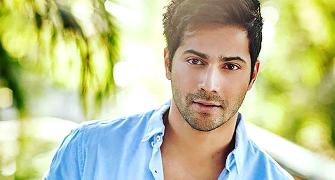