The military is mobilising to play a central role in holding patients exposed to the coronavirus, reports Ajai Shukla. 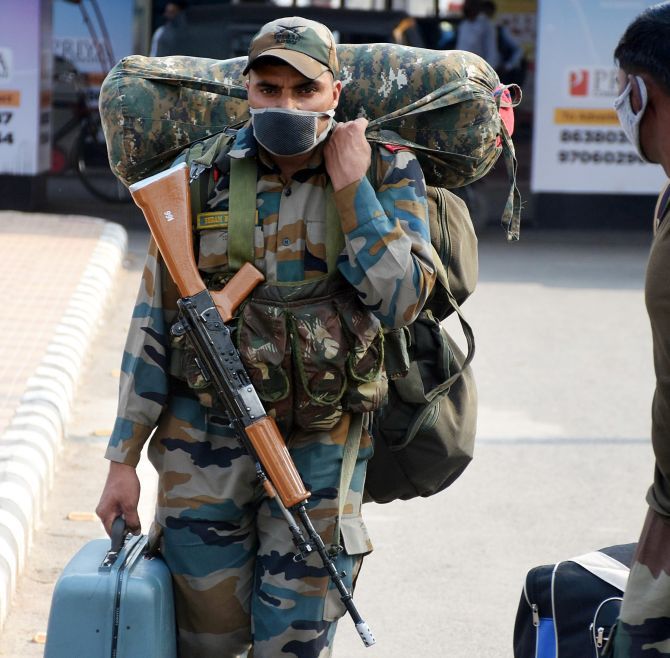 On Wednesday, March 25, the first day of the 21-day countrywide lockdown that Prime Minister Narendra Damodardas Modi announced on Tuesday to contain the coronavirus pandemic, a military facility in Jodhpur received 277 Indian evacuees flown in from Iran and placed them in quarantine for the next 14 days.

The military has already housed over 1,200 patients so far in temporary medical facilities at Manesar, Hindon, Jaisalmer and Jodhpur. These included evacuees from Wuhan and Japan, who were discharged after observing full quarantine protocol.

'Of the over 1,200 evacuees, medical staff and air crew kept in these facilities till now, only one case of positive covid-19 has been reported so for. This does not include another case reported from the Indian Air Force facility in Hindon,' stated the ministry of defence on Wednesday.

'In addition to the above, more army medical facilities at Jhansi, Binnaguri and Gaya are kept at standby with an additional collective capacity of 1,600,' said the MoD.

The military is mobilising to play a central role in holding patients exposed to the virus. Most countries seriously impacted by the virus, including China, Italy and the United States, have pressed their militaries into service.

In New York City, US army engineers are converting the city's main convention centre -- the Javits Center -- into a 1,000-bed hospital.

The patients quarantined in Jodhpur on Wednesday include 273 pilgrims to Iran, including 149 women and six children. They were transferred on Air India flights from Delhi to Jodhpur and then taken to the medical facility, 'which has been designed not just for isolation but also mental and physical wellness, which includes various activities including sports,' said the MoD.

Meanwhile, the Indian Navy has set up a quarantine camp at Vishakhapatnam, which is fully equipped to quarantine nearly 200 persons.

In addition, the navy has set up isolation facilities at its premier hospital, the Indian Navy Hospital Ship Asvini, at Mumbai.

The naval base at Kochi, which houses the southern naval command headquarters, is coordinating with Kerala health officials and Ernakulam district administration to use civilian hotels/resorts as quarantine facilities for Indian nationals, says the MoD.

The Ordnance Factory Board, which produces arms, ammunition and equipment for the military, has separately designated 285 beds as quarantine facilities.

These include 40 beds in Jabalpur, 30 beds each at Ishapore, Cossipore, Khadki, Kanpur, Khamaria and Ambajhari; 25 beds at Ambernath and 20 beds each at Avadi and Medak.

The OFB is utilising its facilities to try and manufacture personal protection equipment and face masks, in accordance with a pilot order placed by HLL Lifecare, a public sector unit under the ministry of health and family welfare.

While the army continues functioning normally on the borders, officers posted in headquarters -- who amount to 40 per cent of the overall cadre -- have been asked to function from home. 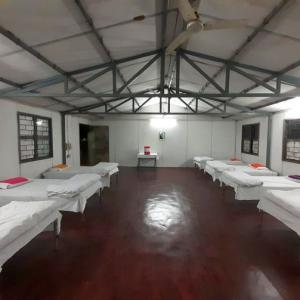