The Modi Sarkar's new farm legislation has seen angry protests from farmers for months.
Kavitha Kuruganti has been fighting for decades to ensure farmers are respected and get their due from the Indian nation.
In order to ensure they don't struggle for a living, she works to ensure sustainable farm livelihoods and farmers' rights. 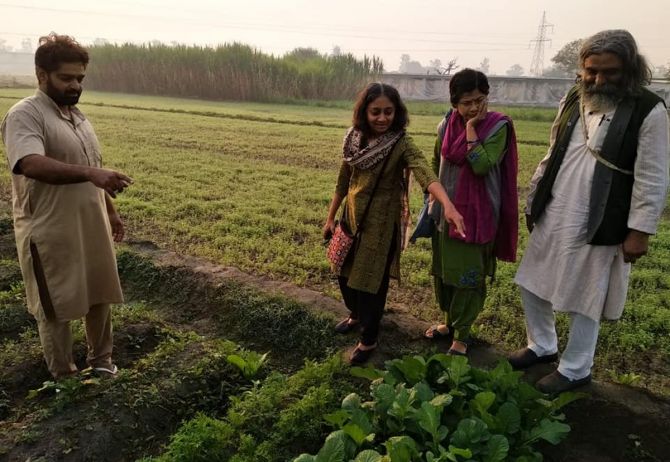 Now give yourself a big fat zero if you drew a moustachioed turban-toting man. If you drew a woman farmer, well done.

Most people think of that typical image when they think farmers, but about 9.75 crore women are into farming. A fact that was very evident at the Kisan Mukti March in November 2018, which Kavitha helped organise as part of the All India Kisan Sangharsh Coordination Committee.

When over one lakh farmers walked all the way to Delhi, asking for their rights and better prices, many of them were women, and even children.

'We have strength, you can't ignore us,' Kavitha said about the farmers' message at the rally. 'We will be heard. That's one way of putting yourself squarely on the national agenda.

Kavitha worked on two Bills they're hoping to pass in Parliament on farmers. While drafting the Bill, Kavitha referred to farmers as 'she'.

'It goes to some advisor in the Lok Sabha secretariat, and it comes back with everything converted to 'he',' said Kavitha, who hits find-and-replace to change it back to ‘she'.

So if the Bills get passed, the official lexicon will actually have ‘she'. Whether it does get passed remains to be seen.

Farmers in India face many challenges:

• Climate change and the vagaries of the monsoon

• Price fluctuations in the market

• Challenges of getting credit

As a result of these challenges, many farmers actually grow food at a net loss.

The sad truth is that often farmers who grow our food don't have enough food or money to feed their own families!You may have read of the very high number of farmer suicides in different parts of the country over the last few years.

Even when food prices are high, as happened with the price of onions in 2019, often it was the middleman who was making the money and the farmers earned very little. 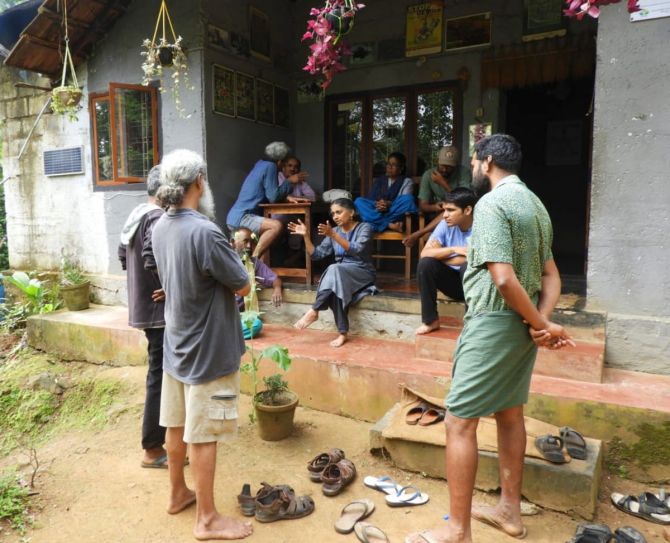 There are many laws in India about the use of genetically modified (GM) seeds for cultivation. Certain kinds are approved by the government and some are not.

GM seeds are often more expensive and farmers have to pay hefty prices each year to use them. At the same time, some of them have better yields, so farmers prefer to use them.

There are also some unregulated GM seeds being used in India, which may lead to crop loss.

GM seeds are supposed to be pest-resistant, but sometimes are not, leading to ruined harvests, as happened with the cotton crop in 2018.

Historically, says Kavitha, farming as a profession, across the country, was held high in terms of its social status:

It is a profession which is supposed to make you your own raja or king, whereas every other profession is about naukri-chakri, jobs.

But now we've come to a state where you don't get fair prices, you are getting indebted and you still have your sense of honour, and every time somebody asks you for repayment publicly you feel shamed and blamed for no real reason.

Ironically, at the same time, obesity is fast becoming a nationwide problem. According to a story in IndiaSpend, ‘about 42 per cent of India's land area is facing drought.'

Given the hard work and low incomes, it is not surprising then that more and more children of farmers want to do jobs other than farming.

However, when profitable alternative models of farming and marketing are introduced, young people who have left their villages are coming back to farm. 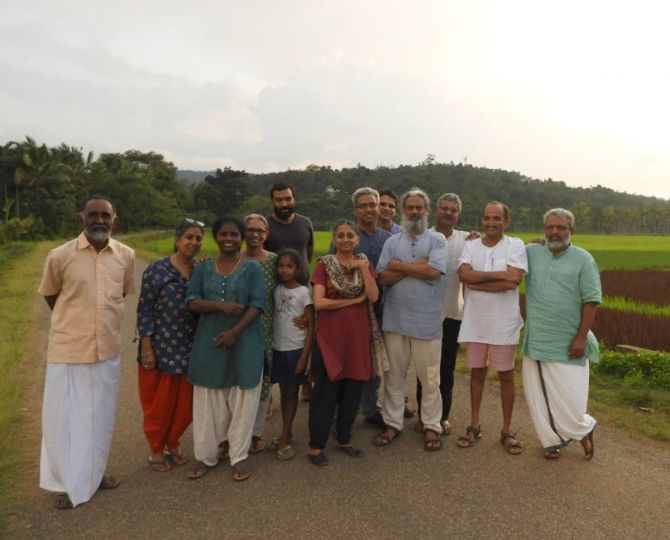 Kavitha is part of the Alliance for Sustainable and Holistic Agriculture (ASHA). This is a network of many people and organisations across 20 Indian states that works on food security and farming issues.

This means that she works with many different groups of people, but all have common goals: securing better incomes for farming households and making sure that people have access to safe and nutritious food.

According to a study by the Organisation of Economic Cooperation and Development (OECD), farming just isn't a profitable career option. But without farmers, there is no food.

Kavitha works closely with farmers to help them make more money now and in the near and distant future.

Her focus is on food security -- which is basically defined as nutritious food being available, accessible, and affordable for people.

She was part of the group that stopped BT brinjal --  a genetically modified species -- from being grown in India, and is now fighting GM mustard as well. 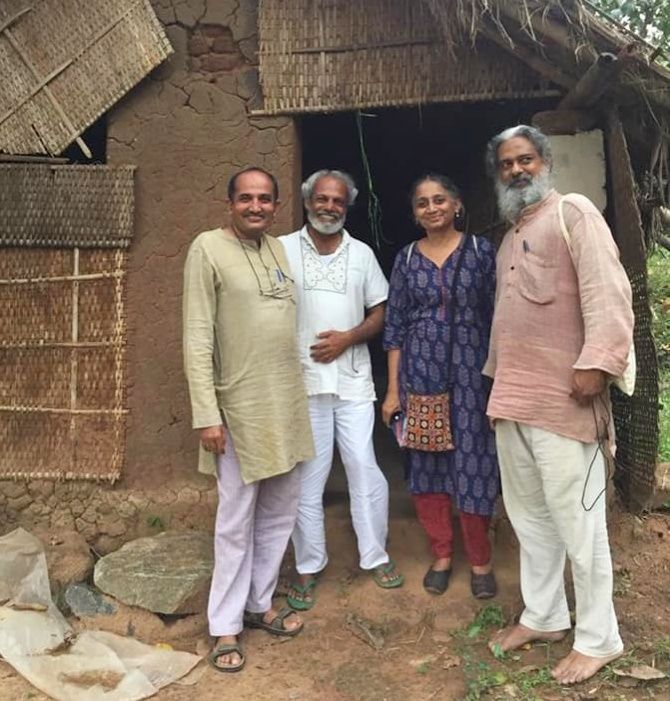 Kavitha is a founder-member of Mahila Kisan Adhikaar Manch (Forum for Women Farmers' Rights), that works on getting recognition for women farmers.

She has also been a member of many government bodies, as well as an alternative public distribution system in the 1990s, where millets such as jowar and bajra seeds and grains were distributed to farmers to make them self-sufficient in food production.

For instance, she worked in Telangana to look at a model for ecologically sustainable farming, with the Deccan Development Society (DDS). In fact, it was working with the DDS in her college days that inspired her to work in this area.

Kavitha was very impressed with the women at DDS who were keepers of traditional knowledge -- from seed banks to millet farming techniques.

‘These women are great teachers and a great inspiration. There's no way you couldn't have got hooked,' said Kavitha

Some of the areas that the DDS works in are promoting crop diversity, land rights for Dalit women, millet-based farming systems and helping create seed banks run by women.

They use sustainable farming, which means practices that do not involve industrial chemicals and GMOs. Farm land is cultivated with diverse crops that reduce soil depletion and better water management practices are employed.

One of the core elements of sustainable farming is seed diversity.

Seed banks are crucial because they store diverse species of traditional seeds.

Kavitha sees infusing once again a sense of dignity to the profession, as an important part of her work. She believes it's important to understand what goes into producing a grain of food.

She helps educate people that farmers need to be afforded respect, and that we should not complain about food prices: ‘You have to be exposed to farming, even if not in a practical sense. You've got to visit farmers. Only that will build a sense of appreciation around what effort it takes.'

Several members of ASHA ensure that farmers who pioneer good practices are recognised for their efforts in different ways.

They then become resource persons to spread information about these practices, such as seed conservation, or agro-ecological agriculture.

They also work for the rights of farmers.

What about climate change?

When it comes to climate variables, farmers are at its mercy. And on the other end of the spectrum, agriculture is one of the biggest climate culprits.

In so many ways, humankind is beyond redemption. To that extent, it is all right that we really are at that tipping point.

But having said that, you realize, that while you are getting phased out, the ones who suffer the most are the ones who are disadvantaged. That feels unacceptable. 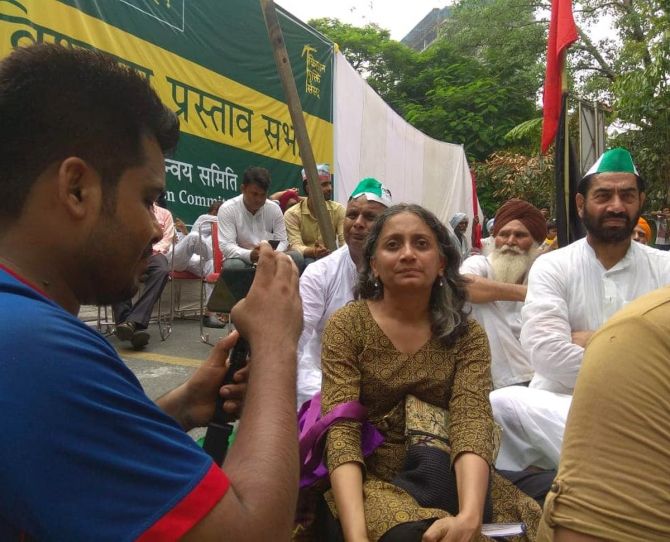 Food democracy means people have the right to safe, nutritious food that has been justly produced. To ensure the fulfilment of this right, people have come together many times in history to protect seeds, water, soil and demand that farmers' rights be protected as well.

A challenge to democracy in this case is the privatization of seeds. It's really simple, seeds disperse and that's how we get food.

But now companies across the world are patenting seeds that they're tweaking genetically. And that means, once the seed is out in the world, in the name of disease resistance or drought resistance, the company will have a monopoly on its supply and sales, and can charge whatever it wants for it.

Genetically modified seeds and the privatization of seeds are perhaps one of the most hotly discussed subjects in food security.

Kavitha believes in the democratisation of science and technology. So when the government decided to allow BT brinjal to be cultivated in India, she was part of the group that used science communication effectively to stop it from happening.

‘In the GM debate, we got scientists to talk to one another, to show that there is no one science, and that there can be dissent in science,' she said.

Kavitha's firm that the BT brinjal moratorium (a temporary prohibition of an activity) was a win for the collective voices that protested: 'I think more than ever, people in the business of wanting to change the world for the better have to realize that you can't do it alone. That it requires collective efforts.

'Until you forge close connections and become a tangible force, you are not likely to change things, because what you are pitting yourself against are powerful forces.'

Not a farming family, yet... 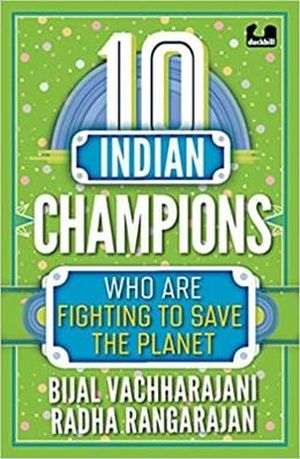 Kavitha's family were not farmers.

But before every meal, her grandmother would put a bit of each dish, along with a drop of ghee, on a silver plate, take it to the courtyard and put it in a flower pot: 'It was to give it back to ‘bhoodevi' in a little patch of soil.

'I think both have gone missing.

'I don't know where we began to lose this.'

Kavitha is a food activist but she hates to cook. She wakes up in the morning at 6.15 am and cooks the entire day's meal along with her sister.

She doesn't even mind if her food isn't piping hot, because she's working or travelling for work through the day.

Kavitha started working in the area of food security because she was inspired by some of the women she met at DDS while doing her master's degree in communication at the Central University of Hyderabad. And she continues to be inspired by the communities she meets in the course of her work.

What can you do?

You can be a safe food advocate.

• If you meet a farmer, thank them. They grow your food and without food, there's nada.

• Don't waste food. Think of creative ways to use leftovers.

• Find out where your food has come from -- read labels to see how many natural and synthetic ingredients went into its making. Talk to the grocery store staff or your vegetable vendor. See how far has it travelled to reach your home.

Excerpted from 10 Indian Champions Who Are Fighting To Save The Planet by Radha Rangarajan and Bijal Vachharajani, with the kind permission of the publishers, Duckbill Books and Penguin Random House India. 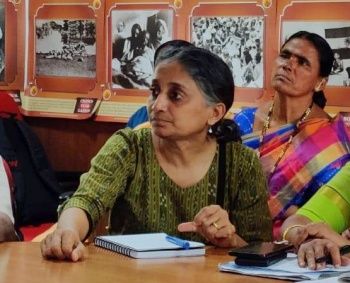 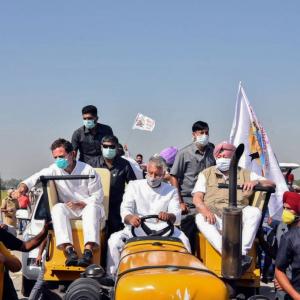