Colonel Gautam Khot was posted to the Army Aviation Unit in Bareilly from the Kashmir valley where he had spent an exciting operational three year tenure.

He was now enjoying peace and tranquility at this quiet air station where flying involved traveling to the three beautiful valleys of Harsil-Gangotri, Joshimath-Badrinath and Pithoragarh in the mountains of western UP (now Uttarakhand).

At 32, he had just found quality time to spend with his family and was getting used to being with his 4-year-old daughter and one-year-old son.

He remembers the date clearly. "It was the 3rd of June 1999 when we received orders to upstick from Bareilly and move to Srinagar the very next day. We were to be based at the army aviation base at Shariffabad near Srinagar."

"I was quite comfortable going there having had bags of experience in my previous tenure and I took it upon myself to train the other pilots who were new to the area," he recalls.

"Very soon I was redeployed as a detachment commander at Sonamarg from where I operated for the rest of the period in question."

Gautam remembers there was a huge movement of men and material on the road to Drass and the job of the army aviation units posted there was to get men, material, food and clothing to the inaccessible areas to help the troops settle down in their bunkers soonest.

The helicopters saved many lives, evacuating critically injured soldiers out of the theatre of war.

Gautam evacuated about 65 injured soldiers in the weeks he flew there. The unit was equipped with the Cheetah helicopter which had limited volume and therefore, weight carrying capacity.

The heavier weights were being carried by the Indian Air Force's Mi-17 helicopters, but those were limited in number and were given tasks in order of priority and importance.

In six weeks of intense operations, Gautam flew more than 110 hours. There were no prepared landing sites and often they saw artillery shells falling around them when they flew along the roads. 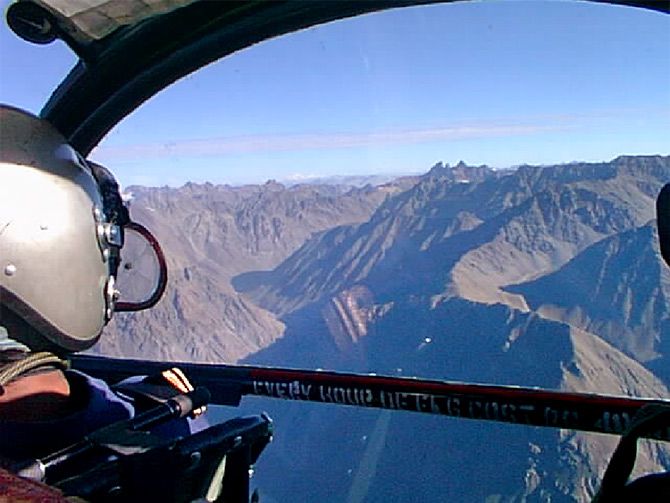 "Tololing was captured on the 18th of June. Our boys had pushed the Pakis back by almost 200 to 300 metres from the top," remembers Gautam.

There were remnants of resistance from the retreating Pakistani soldiers and sporadic firing could be heard.

"On the 19th morning, barely a few hours after the cessation of the fight for capture of the all important peak, my helicopter and I were right there," says Gautam, recalling the operation clearly after all these years.

"The smoke that emanated from the hillside blocked our view. The 'helipad', barely a cleared ground of 2 by 2 metres, was located out of the enemy's sight and it was just enough to take the skis of the helicopter."

"We had taken off from Drass with an all important consignment of drinking water. I was told that the troops had radioed for water as an immediate requirement."

"They must have been really thirsty after a rough night with bullets flying around. I was aware that they would have eaten snow to keep their parched throats lubricated, further aggravating their hunger for water." The helipad was barely a couple of kilometres away from Drass, but it involved a rapid climb to 15,000 feet. That was quite telling on the machine which was loaded to the hilt.

The pilots flying were, as usual, gasping for oxygen in the rarefied atmosphere.

While on approach to the so-called helipad, we were in view of the enemy and they started firing at us as soon as they heard us come in to land.

We were lucky not to get hit, and soon the soldiers had a few hundred litres of water to drink.

We picked up two critically injured soldiers and got them to the hospital where doctors were working day and night in the field hospital set up for the same.

That day, I flew six missions to Tololing, giving them water and food, and evacuating casualties to the field hospital. It left me physically and emotionally drained. "Another sortie I remember was when we were tasked to lift artillery ammunition to a gun area where vehicles could not reach due to enemy shelling. It was a massive three tons of effort and we had to cart it up 200 kg at a time."

"With this effort, we ensured that our guns never fell silent for lack of ammunition and also helped to neutralise whatever little resistance was being offered by the defeated troops of the Pakistani army."

"All the time during the mission, we saw tracers flying at us and we flew undeterred."

"On one approach to land at a forward helipad called 'Parion ka talab (the lake of angels)' we saw artillery shells landing right on the helipad."

"Dark holes appeared in the snow as the shells went in. And then the blast happened, showering snow up in the air, shaking the helicopter and us too."

"Due to the snow we were saved being hit by shrapnel. We aborted the mission and returned later." IMAGE: The helipad at Drass.

"On another mission, two helicopters dropped 12 men -- one man at a time -- to an unoccupied post in the Mushko Valley at 17,000 feet. Had this mission failed, the enemy would have certainly moved in and occupied it," recalls this veteran who now flies a commercial helicopter for a Pune-based company.

For his act of bravery in the face of the enemy, then Major Gautam Khot was awarded the Vir Chakra, a medal and citation he proudly displays at his home in Pune.

He has also been felicitated by the Maharashtra government for his act of valour.

"When I landed at Sonamarg and saw the intimidating snow capped mountains all around, the tops of which the enemy had occupied, I wondered how we were going to fight from this position of disadvantage," he remembers of the day he arrived to take part in the Kargil War.

"As I look back, I feel that it should have escalated to a full-fledged war. We could have sorted them out once and for all!!"

Born on October 18,1967 in Pune, I did my schooling at the Indian Education Society School in Mumbai. All I ever wanted to do in life was become a pilot. After doing my 11th from the Ramnivas Ruia College in Mumbai, I joined the National Defence Academy, Khadakwasla, in June 1984.
After passing out from he Indian Military Academy in Deharadun, I was commissioned in the 129 Air Defence Regiment on June 11, 1988.
In 1993, I did the Army Aviation course. I was awarded the flying badge (wings) in April 1994.
I had the opportunity of participating in the Kargil War (OP VIJAY) in 1999 where I was awarded the Vir Chakra for gallantry in the face of the enemy.
After being approved for the rank of Colonel, I commanded the 105 Air Defence Regiment from January 2007 to Dececember 2008 in Madhopur, Punjab, with a major role in counter-insurgency operations in Jammu and Kashmir.
After 22 years of service, on June 12, 2010, I took premature retirement from the Indian Army. I now fly helicopters for a corporate based in Pune. 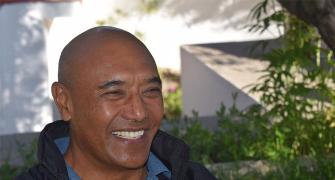 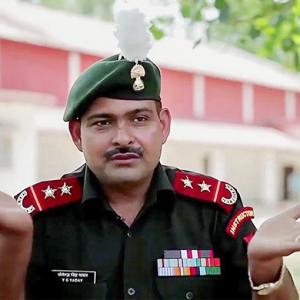 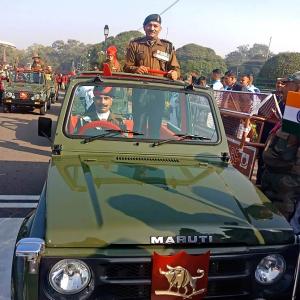