How Dharavi beat back COVID-19 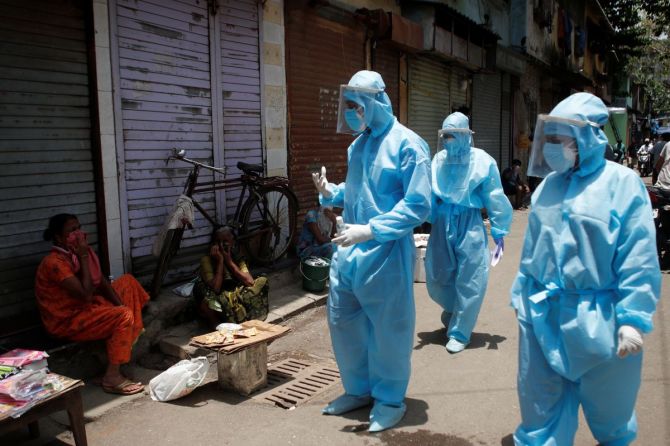 The world would obviously like to forget 2020 in a hurry because of the avalanche of bad news on how the pandemic has brought suffering, fear, and death to populations everywhere.

Amidst the all-round distress, however, there was some good news that brought cheer.

One such news came on Christmas morning.

Dharavi, once a COVID-19 hotspot in Mumbai, did not report a single infection in the previous 24 hours for the first time since April 1, when the first patient was detected in the area.

That's nothing short of a miracle in a place where social distancing is nothing but a cruel joke.

Epidemiologists feared the disease would spiral out of control as 80 per cent of the population in Dharavi share community toilets; families sleep in eight-by-eight-foot rooms and people squeeze past one another in the narrow alleys.

Much has been said on how the Brihanmumbai Municipal Corporation and other authorities in Mumbai made the impossible possible in one of the most densely populated areas in the world through its 'chase the virus' strategy.

The administration realised that screening and quarantining was the only option since even one positive patient could become a super spreader.

All suspects were moved to dedicated quarantine centres, which were set up in schools and parks.

A vigorous approach of tracing, tracking, testing, and treatment was applied to limit the spread of the epidemic.

The dogged legwork and proactive thinking by the BMC and other government officials obviously helped.

But the real reason for Dharavi's success lay elsewhere: In the selfless work done by thousands of social activists, community leaders, non-governmental organisations and private medical practitioners, who are the area's main healthcare providers and have trust-based relationships with their patients.

Involving them brought in a sea change in the behaviour of the target population.

To their credit, BMC officials realised soon enough that citizens often lied about the number of people living, about medical conditions after hearing that the health workers were from the BMC.

That's because of the common belief that the sole purpose of the visiting BMC staff was only to evict them.

This made it impossible to effectively screen, isolate, and transfer people to quarantine facilities.

The local health practitioners worked as a bridge between the BMC and the people.

Besides, an army of over 6,000 health workers and volunteers, mainly from Dharavi itself, were given thermometers, pulse oximeters, and basic training in how to spot COVID-19.

The idea was to send them house to house, day after day, in continuous sweeps of every part of the slum, and to keep doing it until the end of the pandemic.

One of the main stumbling blocks was lack of knowledge and the stigma attached to the disease.

That's where the social activists and NGOs came in.

Over the next few months, their main job was to educate the masses about the fact that it is not a crime to be tested positive for COVID-19 and timely quarantining can reduce the chances of infecting others in the family.

Where the BMC failed to create a containment zone, people in Dharavi themselves fashioned one by mass barricading of areas into containment zones and forming WhatsApp groups to amplify precautionary messages and sharing information with authorities where dry ration or food was needed.

Uninterrupted supply of goods and essential supplies to communities also helped in convincing people to stay inside Dharavi.

Many non-profits, individual citizens and local community leaders facilitated the distribution of food packets and groceries to residents.

The community leaders would coordinate everything within the containment zone from helping identify which grocery and medical shops to keep open to ensuring all community toilets in the area are sanitised at least three-four times every day.

This stupendous work was acknowledged by the World Health Organisation, which underscored the need for community engagement to turn the pandemic around.

Now that at least the first round of the battle has been won, experts say the focus has to shift to the next one.

If the people's participation has to continue, serious efforts need to be made to avert Dharavi's economic calamity, which may be just getting started.

Before the pandemic, it generated more than $1 billion a year in activity, providing a base for many small scale industries.

Most of it lies in tatters now.

Many attribute Dharavi's success to sheer luck and say just screening, with negligible testing, can't contain a disease like COVID-19.

There are others who say herd immunity could be one of the reasons and nowhere globally have antibodies been reported in such high proportions of a sample population as in Dharavi.

This may all be partly true, but no one can take away from the fact that Dharavi's success underlines the importance of community-based model and community participation in any public health crisis. 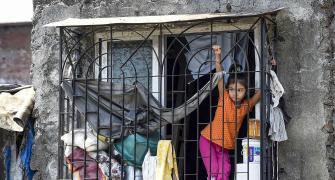 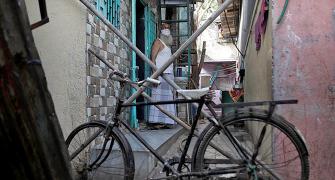 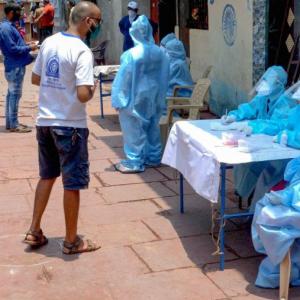