'When these fugitives flee to Karachi they don't have much to do, but twiddle their thumbs.'
'I have seen a number of criminals coming back to India because they realise they can meet more people over here.'
'After the 1993 blasts, Latif was not mentioned in the chargesheet.'
'He probably felt he could safely return to India.' 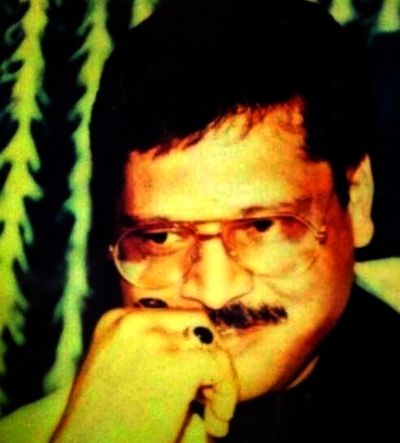 One look at the trailer of the Shah Rukh Khan-starrer Raees was enough to remind many about Abdul Latif Abdul Wahab Shaikh, Gujarat's most dreaded gangster in the 1980s.

And though the movie producers deny any connection, the mannerisms are a giveaway.

From starting off as a small-time bootlegger, Latif eventually monopolised the illegal liquor business in Gujarat.

As his clout grew, he diversified into kidnapping, gambling, extorting money from builders and businessmen, and contract killing.

A lieutenant of fugitive terrorist Dawood Ibrahim, Latif's luck ran out when he was arrested by Kuldeep Sharma, then deputy inspector general of police, Gujarat anti-terrorist squad, in October 1995 from the Jama Masjid area in Old Delhi.

Sharma, now retired, remembers the operation that led to Latif's arrest in this coversation with Rediff.com's Syed Firdaus Ashraf:

"There were two operations going on simultaneously to catch Latif.

He had a lover -- a widow from a well-to-do family in Ahmedabad. But due to some bad financial circumstances, she came in touch with Latif after her husband's demise. They fell in love with each other.

The Intelligence Bureau was tracking her movement. They believed that Latif would surely meet her and that would be the moment they would catch him.

The second operation was run by me as Gujarat ATS chief. I was trying to get some kind of breakthrough from where I could find out if Latif was in India or not.

Latif had fled Gujarat after public sentiment went against him.

The police and the state administration were gunning for him after he got involved in the killing of Rauf Waliullah (then general secretary, Gujarat Pradesh Congress) and the Radhika Gymkhana murder case (on August 3, 1992 in which nine people were killed).

I distinctly remember that when people used to be caught jumping signals in Ahmedabad, they used to say 'Why are you catching us? Catch Latif who is openly committing crimes.'

Many people believed then that Latif was settled in the Middle East, some said he was in Karachi... but nobody had any concrete information on his whereabouts.

One day, the breakthrough came.

One of my police officers informed me that Latif had been talking to his gang members from a public telephone booth in New Delhi.

Without wasting time I took a flight to New Delhi the next morning. It was the first week of October 1995.

The operation to catch Latif was then carried out with the help of the CBI (Central Bureau of Investigation), Gujarat police, Delhi police and MTNL (Mahanagar Telephone Nigam Limited).

Without MTNL's cooperation we would not have not succeeded. They converted their office into a police control room to catch Latif.

We did a recce of the area before arresting him. The area was very congested.

The Delhi police provided us with the manpower. They gave us wireless sets instead of the usual walkie-talkie.

We could only nab Latif after recognising his voice, and someone had to do that while he was making a call.

We had to ensure that Latif did not see any policeman near the Jama Masjid area or he would flee.

The day I reached New Delhi, I started the operation along with the CBI's Neeraj Kumar.

We sat in an MTNL office 400 metres from the booth from where Latif was making calls.

But he did not turn up that day.

We had taken a parallel connection for the public booth and were listening to every conversation.

The next day, a call was made to Udaipur from the booth. It was a long call.

We felt Latif would call Ahmedabad, but this man was calling Udaipur.

I was listening to the conversation and could not make out whether the man on the line was Latif or not.

I was almost about to hang up when I heard the caller say, 'Aisa Kya?' That's the moment I knew the man on the phone was indeed Latif. (The gangster had been known to punctuate his conversations with 'Aisa Kya?')

That conversation lasted 35 minutes. During this period, I passed my phone to Neeraj and made him hear it.

I again heard for two minutes and he kept saying the words, 'Aisa Kya?'

I alerted I C Raj and Ram Gadhiya, Gujarat police sub-inspectors, over the wireless to get him. There were two Delhi police inspectors involved in the operation as well.

I told Raj to walk past the telephone booth. Ram Gadhiya too went there.

When Raj reached the booth there were two people inside. He recognised Latif and put him down. Ram Gadhiya too came in.

Raj then dragged Latif on the road. Ram Gadhiya's little finger got injured in the door of the telephone booth.

Latif was unarmed. The arrest was made under the Terrorist and Disruptive Activities (Prevention) Act.

"I interrogated him at length; he told us about the many crimes he committed.

My assessment of him was that he was without doubt an intelligent man.

Had Latif not gone been a gangster, he would have done wonders.

He had leadership qualities. He had a personality; a man of substance.

He was a tall man compared to Indian men of standard height.

He was a criminal who managed politicians and policemen well in his time.

He thought he could manage everybody.

He could get people killed anytime he wanted. He was not educated and short tempered.

He was in Karachi after the 1993 Mumbai blasts for sure.

When these fugitives flee to Karachi they don't have much to do, but twiddle their thumbs.

I have seen a number of criminals coming back to India from there because they realise that they can contact and meet more people over here.

After the 1993 blasts, Latif was not mentioned in the chargesheet filed by the CBI. He probably felt that he could safely return to India.

But he knew Gujarat would not be safe for him. Therefore, to test the waters, he chose the Jama Masjid area of Delhi.

Being congested as it is, nobody would have noticed his presence there.

Shekhadi and Digghi in Maharashtra were used as drop points for arms and ammunition from Pakistan to start terror activities.

From there, two trucks did reach Ahmedabad.

Twenty seven AK-47 rifles were given to Latif's gang for various purposes. But when the heat was turned on against the gang, these weapons were moved to Jharania in Madhya Pradesh.

During interrogation, Latif revealed the location of these weapons. We recovered them from a faraway village well in Jharania.

Latif used to fancy himself as the Dawood Ibrahim of Gujarat, but later realised he could not stand independently and therefore became a satrap of the latter.

My impression is that Latif would have known about the 1993 bomb blasts, but I cannot recall whether he was made a party or not... it has been over 24 years now.

Looking back, I feel happy that I carried out the operation to nab Latif who was the most dreaded gangster of Gujarat.

The Intelligence Bureau too was tracking Latif closely, keeping a watch on the widow whom Latif loved... they missed him by a whisker.

My ATS team managed to nab him at the right time.

All officers involved in the operation got duly promoted and I became inspector general of police.

In November 1997, Lateef, while trying to escape from the Sabarmati jail, was killed in a police encounter. 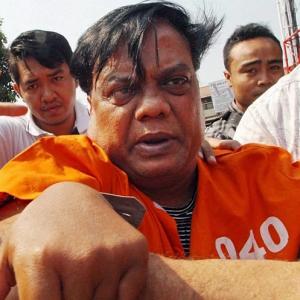