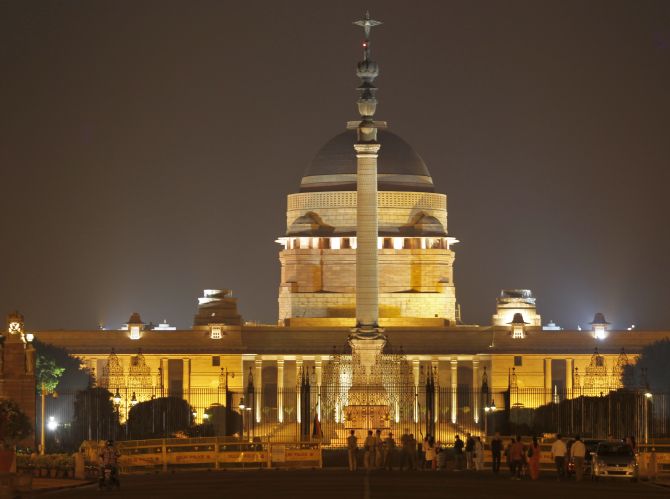 IMAGE: Rashtrapati Bhavan in all its glory. Photograph: Vijay Mathur/Reuters

Ever wondered how many people it takes to ensure that Rashtrapati Bhavan, India's Presidential palace, runs smoothly?

According to an RTI plea, it takes 545 people.

The Rashtrapati Bhavan staff ensure that everything in the 340-room main building is run like a well-oiled machine and kept spick and span.

320 acres
The total area Rashtrapati Bhavan is spread across

The RTI plea filed by Nutan Thakur also revealed that the salaries paid to these 545 people amounted to Rs 1,34,68,927 in October 2017, two months after Ram Nath Kovind took office as the 14th President of the Republic. 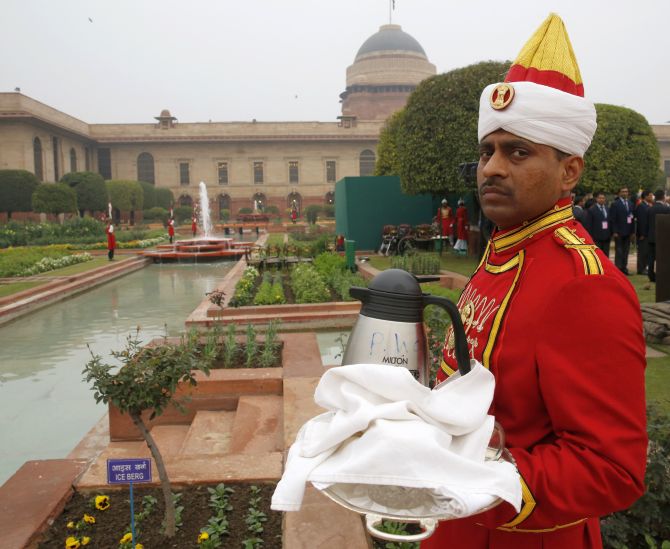 Asked why she had filed the RTI plea, Thakur, an activist from Lucknow, says, "I felt that people don't have money to eat in this country and many of our citizens are living below the poverty line."

"I wanted to see how much money is being spent on the highest office in the country."

When was the last time a President played either sport?

Here's the full list of the staff categories employed at Rashtrapati Bhavan: 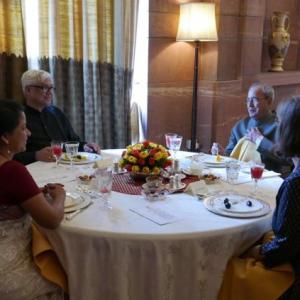