News
Business
Movies
Sports
Cricket
Get Ahead
Money Tips
Shopping
Sign in  |  Create a Rediffmail account
Rediff.com  » News » Doctor, 41, dies of the disease he was researching

Doctor, 41, dies of the disease he was researching

'Two years ago, had I been given even a tiny hint that my genes were tipping the scale for the development of a disease that would lock me into my body, unable to move or breath normally on my own, I would have been sad, and probably mad.'
'So now I'm running as fast as I can -- from my wheelchair.'
P Rajendran on the amazing but brief life of Rahul Desikan, medical pioneer. 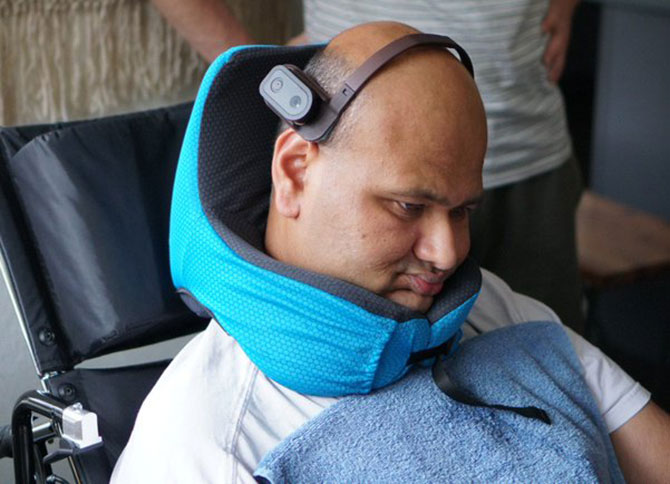 Rahul Desikan, who led a long and pain assault on the bastions of ALS, finally succumbed to the disease himself, July 14. He was 41.

Dr Desikan, an assistant professor of radiology and co-director of the Laboratory for Precision Neuroimaging at the University of California, San Francisco, was working on degenerative diseases when he found one of his own arms get weaker.

He tested himself using the 'polygenic analysis' he was developing and found he has many genes associated with ALS, amyotrophic lateral sclerosis or Lou Gehrig disease.

Dr Desikan had described his model of polygenic scores in StatNews as 'this cocktail of genetics, high-end statistics, and advanced computer models, with a twist of epidemiology.'

It calculates the risk of having a disease, based on the net effect of a variety of genes associated with it.

The last paper he wrote on the importance of polygenic scores appeared earlier this year in JAMA.

The last paper he published, on the networks that link genes to behavior, was published three days before his death.

Dr Desikan's work was not limited to ALS.

Dr Desikan was born in New Delhi, but moved with his family to Queens, New York.

He went to the Bronx High School of Science and then to Boston University, where he triple-majored in neurosciences, biology and classics.

He continued studying at Boston University, earning his PhD in neuroanatomy and neurobiology and his medical degree.

It was there that he came up with the Desikan Atlas, automated labeling system of MRI scans that accurately divided the bumps on the human cortex seen on MRI scans into regions of interest.

Used to track disease-induced changes over time, and gauge response to treatment, it quickly gained traction among neuroscientists.

It was also at Boston University that he met his future wife Maya Vijayaraghavan, then in her fourth year of medical school.

After a radiology residency at the University of California-San Diego, Dr Desikan became a clinical fellow at UC-San Francisco in 2015 and then an assistant professor in 2017.

It was also in 2017 that Desikan discovered he has ALS himself.

As he wrote in StatNews earlier this year, 'Two years ago, had I been given even a tiny hint that my genes were tipping the scale for the development of a disease that would lock me into my body, unable to move or breath normally on my own, I would have been sad, and probably mad.'

'But then I would have packed more hours into developing genetic analyses to help people solve diseases like ALS.'

'So now I'm running as fast as I can -- from my wheelchair.'

By then Dr Desikan had lost his ability to speak, but for the odd sounds, unintelligible to most, to move most of his body.

He 'wrote' by moving a mouse on his head to the a letter on onscreen keyboard and pressing a mouse with a thumb.

As he put it in a Washington Post editorial, 'The cognitive parts of my brain are still working perfectly fine so I'm able to get through the day.'

'But because swallowing has become increasingly difficult, eating and drinking are a battle: Continuous bouts of choking, vomiting, crying, sweating, drooling -- until finally, it goes through.'

'It is not a pretty picture.'

Along with frustration came distress.

'Sadly, my children know words that no child should ever know -- ventilator, Hoyer lift, PEG tube and ALS.'

'I now live for the moments that my kids come home from school and snuggle up to me when they are watching their shows.'

Then there was mind-numbing guilt.

'My wife, an internal medicine doctor and scientist, is my everything -- doctor, nurse, best friend and emotional pillar,' he wrote in the Washington Post op-ed.

'She has lost the man she fell in love with. She never signed on to be my caregiver and a single mom.'

'The guilt is killing me. Still, our love is boundless.'

'I'm most at peace when my wife holds me at night.'

And yet, once past these dark moments, the ever-curious, never-say-die researcher re-emerged.

As Dr Desikan wrote in the San Francisco Chronicle, 'Analyzing my genetic data using new tools from my laboratory, I have found that I carry pathological variation in several ALS-associated genes that are also important for normal function of the immune system's T-cells.'

'That means that treatments targeting the T-cells of the immune system may be effective against my ALS, and others with similar genetic profiles.'

Dr Desikan leaves behind his wife Maya Vijayaraghavan; two sons, Rabi and Amar; his parents Veda and Krish; and his sister Vasudha.

The family has asked that instead of flowers or other physical remembrances, donations be made to the charitable organisation I am ALS (iamals.org). 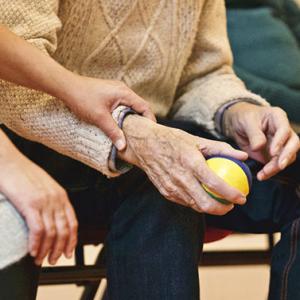 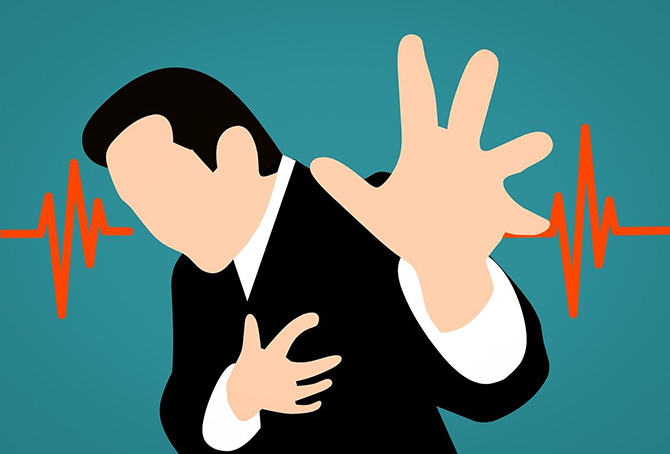