The older you are the harder it can be to recover after a heart attack -- if you are on a high-calorie, fat-rich diet. That's according to research by Ganesh Halade and his team at the University of Alabama Birmingham.

High-calorie diets are common in countries like the US, and is an increasing problem in India, too.

Dr Halade's research has huge implications, particularly for the elderly living on such a diet.

In a paper about their study, which appeared in the FASEB Journal, the team described how a diet high on calories and fats, which they called an obesogenic diet (OBD), changed the bacterial demographics in the mouse gut.

In young mice fed a standard, healthy mouse diet, lymphocytes and neutrophils made up 40 and 44 percent, respectively, of the immune cells. But the young mice given an obesity-causing diet had their neutrophil percentage shoot up to 62 percent, and while that of their lymphocytes sank to 29 percent.

An increase in neutrophils is a sign of high inflammation.

Older mice getting a standard diet saw little change in the percentage of neutrophils and lymphocytes (47 percent and 53 percent, respectively) after heart failure. But, like young mice, the older ones on an OBD diet showed a marked increase of neutrophils (68 percent) and lower levels of lymphocytes (32 percent) after such an experience.

In short, age and diet interactions appears to have a big role in how the immune system responds to diet. When heart failure was surgically induced in the animals, the team found that an obesity-causing diet also affected the spleen, causing a reduction in certain white blood cells, called macrophages that played a role in repairing tissues and fix inflammation.

The spleen of all the older mice given the obesity-inducing diet also showed additional structural alternation.

"When there is injury, the circulatory system sends leukocytes to heal wounds... The spleen also sends an army of leukocytes for major body injury like heart attack or stroke," Dr Halade said.

Together, the results appear to show that an obesity-inducing diet increased neutrophils, a sign of inflammation, the change being influenced both by age and the composition of intestinal bacteria.

"One precise human application here is that other many studies used mice which are young. We used aging animals 18 months (and older to replicate conditions in humans of the) 55 to 65 years age group," Dr Halade said.

According to him, American diet have shifted to a proinflammary diet, enriched with omega-6 fatty acids, which are found in safflower, sunflower, corn and other oils.

Omega 6 fatty acids is often made up of linoleic acid, which is converted to arachidonic acid in the body and, after injury, to prostaglandins and thromboxane, which are associated with inflammation. Prostaglandins cause blood vessels to swell and cut down unnecessary clotting, while thromboxane has the opposite effect.

"When we give them high amounts of fatty acid, the enzymes working on them are exhausted or the production is impaired,” he said. He added that these disrupted enzyme levels are what makes heart failure hard to recover from in these mice.

It was during his first stint as a postdoctoral fellow at the University of Texas Health Science Center at San Antonio, that he began working seriously with fats.

"I was doing my post-doc with Gabriel Fernandes, and I learned the nuances of fats. That was fascinating. It was not just about diet, but what molecules they go on to make," he said.

Bolstered by those experiences, he went on to become an assistant professor at the University of Alabama, Birmingham.

Summing up his research, Dr Halade said, "If you give balance fat intake, it makes different molecules that are safer. Fat is essential, but the quality is important."

Like the American Heart Association did, he recommended the use of avocado or oil enriched omega-3 fats for older, more susceptible, people."

As he put it, "Even if you put the best gas in your car, but the car is 30 years old, it can't go uphill. Likewise, you need to apply a total health approach to maintain cardiac health." 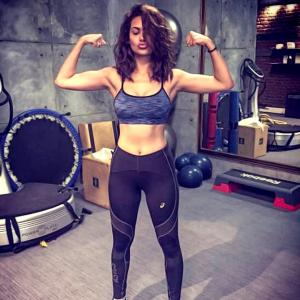 5 exercises that are good for your heart