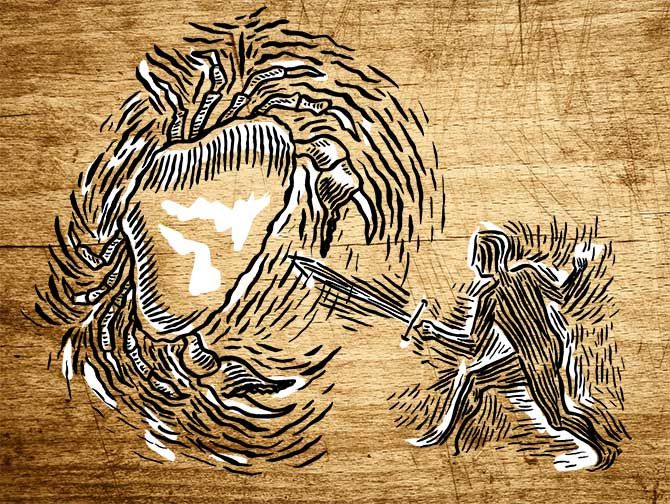 An extended conversation with cancer specialist Dr Ramakant Deshpande instantly makes one acutely aware of how little one knows about this terrifying disease.

The first fact: It is not that terrifying.

If, fact two, caught early, that is.

Awareness is, therefore, all that more important.

Our ignorance about cancer exists, even though it is now the leading cause of death in the world.

Global cancer deaths are projected to increase 60 per cent from 8.8 million deaths per year now t0 13 million in the next two decades.

These statistics prove how crucial keeping ourselves safe from cancer is.

Dr Deshpande, an expert in lung cancer and a surgeon at the Asian Cancer Institute, Sion, north-central Mumbai, stresses the importance of understanding the everyday causes of cancer, that stem from our lifestyle.

Awarded the Padma Shri in 2014, Dr Deshpande, who trained at the Tata Memorial Centre in Mumbai and at the Memorial Sloan Kettering Center, New York, is the vice-chairman at the Asian Cancer Institute, one of the top facilities in the country.

He has conducted, he reveals when asked to estimate, nearly 15,000 to 20,000 major surgeries in his career spanning three-and-a-half decades.

His most unusual cancer case, which came to him 25 to 30 years ago, was of an elderly woman who had a tumour in one lung and developed very grim signs of "disease activity" in her other lung too.

Hesitant to operate, Dr Deshpande finally did and discovered, to his surprise, it was tuberculosis in Lung 2; his patient is still alive.

The ACI runs the Dr Pendharkar ACI Scheme in conjunction with five state governments, where surgeons like Dr Deshpande and oncologists donate their time to training district doctors from these states.

District doctors learn the basics of identifying, diagnosing and staging cancer and administration of therapy for some cancers, bringing better cancer treatment facilities closer to parts of interior India. 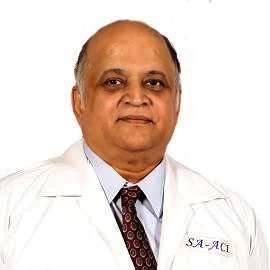 Dr Deshpande, left, in this interview with Rediff.com's Vaihayasi Pande Daniel, explains the vital importance of genetic testing for cancer and, most important, how to protect yourself from cancer.

What is the biggest myth about cancer that you constantly deal with?

That cancer is incurable.

Cancer is not incurable. If diagnosed at an early stage, it can be totally cured.

The person can have a totally normal life span, which is almost 71 years for a five-year-old child today.

In Western countries it is said: If you are 24 today -- if you don't have any (bad) habits or co-morbidity, for example hypertension (high blood pressure) or diabetes at a young age -- your life expectancy should normally be 100, in a developed country...

It is our doing -- or the atmosphere, pollution, external factors -- which can reduce this particular longevity.

The biggest problem in India is that people feel that cancer is incurable... It is an ailment which comes, which can be treated.

In an early stage, you can actually treat it very well, based on its nature, its stage, whatever. Then you can expect the person to live a normal life.

Then you get an intermediate stage: Where the cancer has grown. But not grown to a terminal advanced kind of stage.

You can (still) do a lot and add a lot of quality of life, prolonging life to a substantial extent.

Even in advanced cancers today -- many cancers, not all.... For example 30 years back, for a lung cancer, a stage 4 malignancy, with fluid in the lungs, we said, 'Alright, go home and get lucky.'

It was six months to nine months. That would be an average lifespan.

Today you can actually identify if they have a genetic mutation. Some of these are actionable mutations (that is, with the potential of perhaps responding to targeted therapy).

By giving medicines you can prolong their life for five to seven years. Maybe longer. Because these things are still coming up. The methodology of treatment is still (evolving).

What you actually land up doing is: You may not be able to cure the disease in many (instances), but you can actually make it a chronic disease.

For example: You cannot cure hypertension (high blood pressure) and diabetes. But you can convert them into chronic diseases.

You mean a patient can live with the disease, even if the quality of life is reduced?

It will be fair. I would say: It would be a fair quality of life.

Someone harbouring a tumour in the lung. As long as it doesn't really obstruct their breathing. Or diminish their quality of life, probably it need not bother them too much. To that level we can treat patients today.

Is it typical for anyone without family history to get cancer? And vice versa: Do people with family history have a very high risk of getting cancer?
Which cancers? Are there lifestyle changes they can make to delay its arrival, if they are susceptible?

If you really analyse family history: In India today, there is no family where either a member of the family, or a first relative -- like uncles, aunts, somebody or the other -- would have not suffered from cancer, at some age or the other.

There is no family which is totally clear of cancer.

There are certain families in which certain cancers are more common, for example breast cancer. It does not mean that the next generation is definitely bound to get cancer.

If you analyse the incidence of, say, breast cancer, among all girls born today in India: 1 in 27 will get breast cancer in a lifetime, which is (till the) age of 71 to 73.

This is the current statistic in India (it is 1 in 7 in a developed country like the US).

The moment more than three members of a family -- say, mother, maternal aunt, or grandmother -- get cancer, it means there is a preponderance of breast cancer in that family.

When you have that kind of (preponderance) your breast cancer incidence is likely to increase, double. Even then it will be 1 in 14.

That means 13 people will not get breast cancer in the same family.

There are certain genetic predispositions. There are genes called BRCA1 and BRCA2.

If you have that positive in your body, your chance of getting breast cancer in BRCA1, by the age of, say, 50, is almost about 70 to 80 per cent -- your odds get narrowed down.

In that case, what you can do is: Complete your family early, get married, have a child...

What are BRCA1 and BRCA2?

If these genes get distorted -- either because of mutation or alteration -- and does not manufacture, or manufactures dysfunctional, tumour suppressing proteins, it will be unable to repair its DNA.

This could lead to further genetic modifications and subsequently cancer.

Mutations of BRCA2 can also bring about a higher risk of ovarian, prostate and pancreatic cancers.

Similarly, there are other genes that relate to colon and blood cancers.

Like in the case of American actor Angelina Jolie?

Yes. Finish your family and all that. Maybe by the age of 40 you can actually have your breasts removed.

Today there are techniques available in plastic surgery. They take out the entire breast tissue and reconstruct those breasts using prosthesis.

Cosmetically the lady will be exactly the way she was before...

Or you can actually have certain medication, called PARP inhibitors (drug inhibitors of the enzyme poly ADP ribose polymerase or PARP. Many cancers are dependent on PARP and taking inhibitors helps to not get cancer), which help these kind of patients to not develop cancer.

There is also an incidence -- almost 50 percent -- of developing ovarian cancer in these patients.

In the same patients?

In the same ones who are BRCA 1 positive. We tell them also to finish your family by 40 and then have your ovaries removed (too).

These are all preventive methodologies to reduce the chances of getting breast cancer.

So your answer is a bit of both? The odds of people with family history getting cancer vary? Depending on that BRCA1 and BRCA2 factor?

Is testing for BRCA1 and BRCA2 factor -- to check for gene mutation in the DNA -- very expensive in India?

It is worthwhile? Very few people in India know of it.

This is not a wild shot in the dark. There are specific indications to undergo this particular thing.

This is not a routine haemoglobin kind of test. The person should see a genetic counsellor, who will identify if there is a need for doing this.

That is how it should be. Now everybody has an Aadhaar card. A time will probably come, 20 years from now, when we will have our genetic profile also...

So you will know if you have a predisposition for a malignancy. (Or if) you have a weakness for something.

The best thing for those who have that kind of genetic abnormality should be to avoid non-vegetarian food. You can actually take (these kinds of) precautions.

So does that mean if you have a relative who had, say, colon cancer, you should test your children for BRCA1 or BRCA2 with respect to colon cancer, too? In the same way as breast cancer?

And BRCA2 is in prostate cancer in men.

They all cost the same?

For any of these tests: If there is some member in your family with a history of cancer, is it very important to test? Very few know that.

It is better we get it done. Should get that thing checked out.

It is quite possible to have a BRCA positive mother and a BRCA negative daughter. That's also a possibility. So, then, you don't have to go through the removal of the breast and ovaries and all that.

So even in the other categories one should do genetic testing wherever possible?

There are certain malignancies where the genetic connection is known.

The moment you have that kind of cancer (in your family) your oncologist, who will be aware of these possibilities, will put you in touch with a genetic counselor and then you should have that genetic testing done.

That is the reason why it is always better to go to a centre which treats malignancy rather than go to an individual...

Which cancers can one do genetic testing for in India?

Colon. Breast. Ovaries. Prostate. And certain blood cancers -- lymphomas, leukemias -- which will have some sort of genetic (predisposition), as well as prognostically, you can find out whether they are likely to do well. Or not likely to do well.

You can do genetic testing for advanced cancers to find out if there is a targeted therapy available.

For example, in lung cancers if the genetic mutation is positive, you have actionable mutation where you can use specific drugs and prolong survival from a few months to quite a few years. 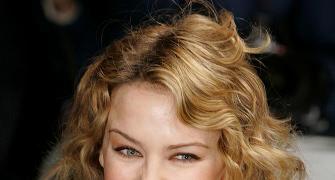 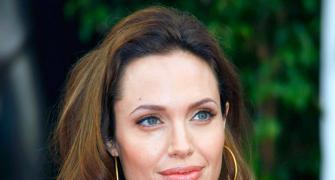 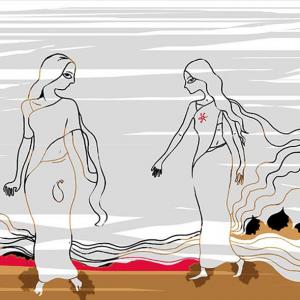