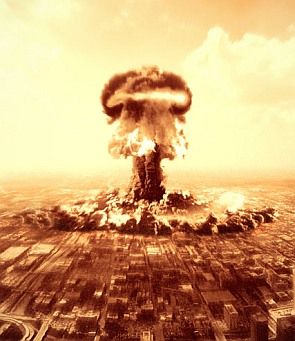 Some analysts interpreted the BJP's undertaking that it would "revise and update" the doctrine as an intention to revisit India's "no first use" commitment.

The debate, however, has come alive.

Last fortnight, this column had urged reconsidering NFU and also India's commitment to "massive retaliation", which binds New Delhi to respond to nuclear, biological or chemical weapons attack on Indian targets anywhere with all-out nuclear strikes on the aggressor's cities that could kill tens of millions.

Since both India's regional adversaries, Pakistan and China, possess a robust second-strike capability, or a nuclear arsenal that would survive an all-out Indian attack, equal retaliation should be expected across India.

Instead of this mayhem, which Indian policymakers would probably shrink from triggering anyway, I argued that New Delhi should opt for a "flexible response" that would allow decision makers more credible options.

I pointed out that American doctrine had graduated from massive retaliation to flexible response in the 1950s and 1960s after US strategists realised the inherent credibility shortfall in a threat that consigned both sides to "mutual assured destruction", appropriately shortened to MAD.

On April 23, Shyam Saran, the National Security Advisory Board chief, weighed in on these pages, flatly rejecting doctrinal change.

He declared that nuclear bombs were not weapons of war, but of mass destruction.

A tactical nuclear strike on, say, a tank column (counter-force targeting) that killed a few dozen soldiers was, he suggested, in the same league as a strategic strike on a city that killed millions of civilians (counter-value targeting).

He quoted a 1950s American game theory expert who postulated that even the smallest nuclear strike would inevitably escalate to an all-out nuclear conflagration.

While rightly averring that doctrine must be in line with a country's nuclear forces and command structures, Saran questionably concluded that the configuration of our nuclear assets -- the strategic triad of land, sea and airborne nuclear forces -- made doctrinal change difficult.

It is hard to agree with that; were force structures to shape doctrine, it would be the tail wagging the dog.

In this column, I shall point out that India's NFU declaration sits uneasily with the understanding that China constitutes a growing security threat.

India's nuclear deterrent -- its last defence against a massive conventional attack by China -- becomes unusable with a declared NFU policy.

The choice between massive retaliation and flexible response is more complex and relates mainly to Pakistan.

Since flexible response requires a broader menu of weapons and structures, which create options for decision makers, it also arouses non-proliferation concerns.

Advocates of massive retaliation forget -- in their understandable wish, perhaps, to portray India as a "responsible nuclear power" -- that India's basic deterrence objective against Pakistan must be to ensure that our superior conventional forces have the time window they need for punishing serious Pakistani provocation (for example, another Kargil, a big terror strike, a political assassination).

Pakistan's deep fear of being overrun by Indian conventional forces causes it to position low-yield, tactical nuclear weapons with its military reserve formations; one of these might be used to warn India to halt an otherwise unstoppable conventional offensive.

Instead of immediately escalating to a mutual holocaust, India's escalation should be gradual, allowing conventional operations to continue until conflict termination objectives are achieved.

The nuclear deterrent must be refashioned to ensure dominance at each rung of the escalation ladder, with massive retaliation always a lingering threat.

Like with America in the early 1950s, India's massive retaliation doctrine faces a credibility deficit.

A Pakistani threat to use a TNW on its own soil against Indian military targets -- killing at the most a few tens of our soldiers -- would be obviously more plausible than the Indian counter-threat of "massive retaliation", which involves destroying multiple Pakistani cities and the deaths of millions of civilians.

With Pakistan's second-strike capability likely to cause equal damage in India, India's obviously rational (and historically ultra-cautious) decision makers are unlikely to prevail in a MAD chicken game with Islamabad.

New Delhi's commitment to massive retaliation also has much to do with keeping the military out of nuclear policymaking.

Flexible response, which involves complicating the calculus of potential opponents, would require our civilian decision makers to master a broader range of technicalities, and our military to play a larger role in shaping and manning the deterrent.

Instead, our civilian decision makers content themselves with a nuclear doctrine so simple -- even simplistic -- that the military itself is largely superfluous.

By sticking doggedly to massive retaliation, India's leadership successfully keeps the military out of nuclear strategising.

In the final balance, our nuclear weapons doctrine remains unconvincing because decision makers fail to separate ideology from realism.

India's pioneering role in global disarmament is well known; but war is not a United Nations General Assembly debate or a Conference on Disarmament meeting.

Phrases like "Nuclear weapons are not weapons of war; they are weapons of mass destruction" are useful debating gambits in these forums.

Yet, it would be self-defeating to be fooled by our own rhetoric.

Away from the seminar rooms, especially during the feverish decision making in any conflict, both sides get to vote on whether nukes are usable weapons of war.

If Pakistan decides they are -- and the addition of TNWs into its arsenal suggests exactly that -- then New Delhi's fervent insistence that nuclear weapons are unusable is mere wishful thinking.

The new government must initiate a comprehensive review of our nuclear weapons doctrine and posture. 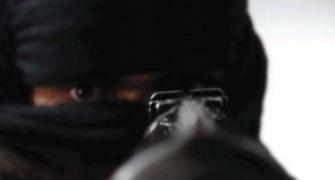 More people died due to terrorism in NDA rule than UPA: Rahul 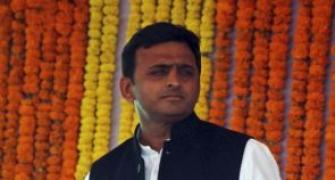 Pay homage to Sardar Patel by sending me to Delhi: Modi 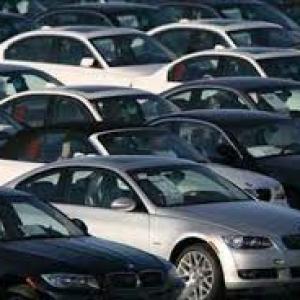