Capable of flying at Mach 2.5 (two-and-a-half times the speed of sound), the F-15EX is the world's fastest fighter aircraft.
It carries 13.5 tonnes of weapons load, more than the Rafale or the Sukhoi-30MKI.
And with a range of 1,000 nautical miles (1,850 km), it can strike targets deep inside enemy territory.
Ajai Shukla reports. 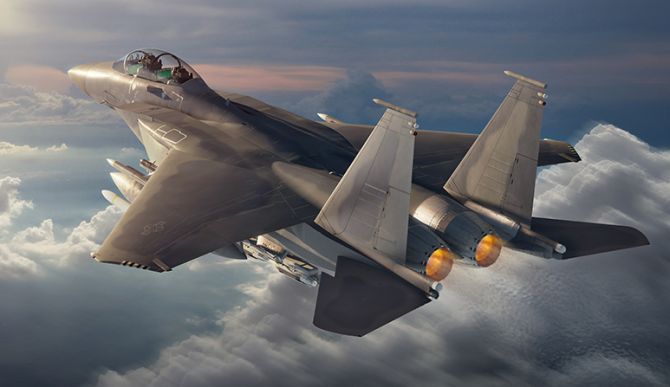 Seven of the world's premier fighter aircraft are already competing in the Indian Air Force's global tender for 114 medium fighters.

There could soon be an eighth -- the F-15EX fighter, developed for the United States air force by the Boeing company.

Recently, Boeing confirmed to aviation magazine FlightGlobal that it has asked the US government for sanction, to offer the IAF its F-15EX.

'While awaiting further definition on the Indian Air Force's requirements, we have requested a licence for the F-15 so that we're ready to share the full spectrum of potential solutions across our fighter portfolio when appropriate,' Boeing told FlightGlobal.

Boeing will thus, be fielding two fighter aircraft in this tender.

It has already offered its F/A-18E/F Super Hornet fighter in response to a 'request for information' that the IAF had floated last year.

Boeing has also offered the Super Hornet in response to a separate request for information the Indian Navy floated for 57 fighters, to be flown off its aircraft carriers.

'We continue to offer the F/A-18 Super Hornet to both the Indian Navy and Indian Air Force, and our F-15 is experiencing a resurgence in interest in the US and around the world,' it told the magazine.

Boeing has also requested for a licence in order to be able to share details of the F-15EX with Indian officials. This is a mandatory requirement under the US government's International Traffic in Arms Regulations.

The IAF's procurement of 114 fighters follows the cancellation in 2015 of its 2007 tender for 126 Medium Multi-Role Combat Aircraft (MMRCA), and the purchase of 36 Rafale fighters in 2016.

Short of numbers, the IAF has launched the procurement of 114 medium fighters in an exercise that closely mirrors the MMRCA tender.

The F-15 Eagle programme, like that of the F-18 Hornet, dates back decades.

However, Boeing has developed futuristic versions of both fighters for the decades ahead.

The F/A-18E/F Super Hornet is slated to equip US navy carriers into the 2040s, while the F-15EX (which is still to be named), will provide the US air force with multi-role capability during this period.

The F-15 Eagle, which is flown by several air forces, including that of Israel, has a formidable air-to-air combat record of 104-0. Along the way, Boeing developed a ground strike version called the Strike Eagle.

Capable of flying at Mach 2.5 (two-and-a-half times the speed of sound), the F-15EX is the world's fastest fighter aircraft.

It carries 13.5 tonnes of weapons load, more than the Rafale or the Sukhoi-30MKI. And with a range of 1,000 nautical miles (1,850 km), it can strike targets deep inside enemy territory.

Based on publicly available US budget figures, the F-15EX costs $80.3 million per fighter.

The cost of the twin engines and armament could be half that again. However, building the aircraft in India, which involves setting up and certifying a new factory and training workers could take that up significantly, as would adding the cost of spares and weaponry. 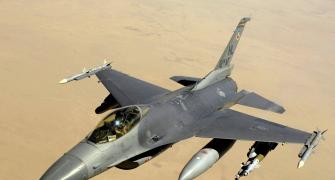 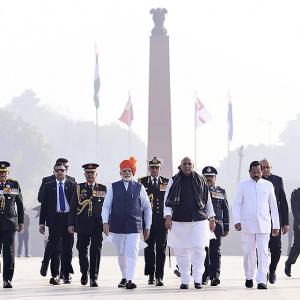