News
Business
Movies
Sports
Cricket
Get Ahead
Money Tips
Shopping
Sign in  |  Create a Rediffmail account
Rediff.com  » News » A Walk On The Waves In Kerala

A Walk On The Waves In Kerala 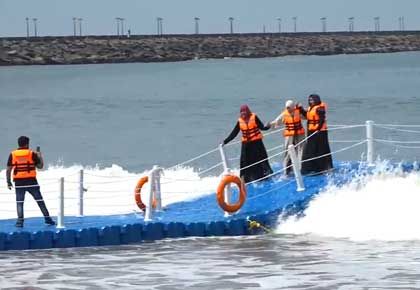 A baby leopard reunited with its mother.

A cobra rescued from an abandoned well.

A man in a bear costume guarding a farm.

These are just some of the videos in our weekly round-up, chosen by you, through your likes on iShare.

Why this wheat crop is special
Date: March 24
Location: Kathua

The last thing you would expect at the Zero Line border that demarcates India and Pakistan is waving fields of wheat.

But that is exactly what you will see when you go there.

And farmers of Jammu and Kashmir's Kathua district are extremely pleased that their hard work is bearing, in this case, wheat.

Under tight security provided by the Border Security Force, these farmers have cultivated crops on 56.4 hectares of land.

They have also received help from the Jammu and Kashmir government.

"I'm thankful to the government," he added. "In future, we plan to help those farmers who cultivate in the five km area of the Zero Line buy 100 tractors and farm machinery at subsidised rates."

If you look around, you will see -- and even read -- how EVs are finding their niche in the automobile universe.

But young Dhanush Kumar has gone a step further.

A first year MSc student, he has developed a rechargeable solar bicycle whose USP is its battery, which gets automatically charged as you ride it during the day.

His remodelled cycle has a belt attached to its 24V alternator.

Once fully charged, it can run for upto 40 km. Of course, now there is no need of pedalling :)

It's a risk animal rescue volunteers always take -- that they will be bitten, clawed, scratched or otherwise hurt in the process of helping their animal friends.

But it's a risk they are willing take as they rescue animals from the dangers posed by mankind.

On March 26, when volunteers of a non-government wildlife research organisation in Nashik heard an Indian Spectacled Cobra was trapped in an abandoned well, they rushed to its rescue.

A volunteer said once they had confirmed the snake was healthy and not hurt in any way, they will release it into the wild.

Have you ever walked on a floating bridge?

It's exciting! And also a little scary.

To give visitors a thrilling taste of what this feels like, the Kerala tourism department has set up a floating bridge at Beypore beach in Kozhikode.

This bridge allows tourists to walk along with the waves.

When a minister danced with a star
Date: March 29
Location: Dubai

If his song -- or even one of his favourite songs -- is playing, Ranveer Singh can't resist shaking a leg.

So, when he visited the Dubai Expo 2020, and was asked to dance to his hit song, Malhari, from the film Bajirao Mastani, he agreed with a smile.

And who did he grab onstage as his dancing companion? I&B Minister Anurag Thakur.

Be it humans or animals, moms are moms. And babies are babies.

Moms want their babies to be safe. And babies want the security of knowing that their mom is around.

Last week, a 10-day-old cub had wandered away from its mother and was mewling piteously.

""We found the leopard cub in a sugarcane field," he said. "It was reunited successfully with its mother with the help of the Eco Echo Foundation."

And it's getting hotter.

And people are finding unique ways to avoid the heat.

"The heat is increasing since March," says its inventor, "so a fan has been installed on this cap. It is powered by solar energy.

The maximum temperature in his hometown, Kalburgi in Karnataka, touched 42 degrees on March 30.

If you are a farmer, those animals that have an eye on your crop as a source of food are not exactly your best friends.

A farmer in Telangana's Siddipet district has come up with a unique solution.

Bhaskar Reddy uses a sloth bear costume to keep wild animals away from his crops.

He pays people Rs 500 a day to wear the costume and walk around his field.

Is the solution effective? 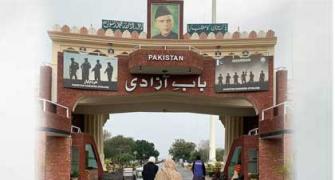 My Journey To Pakistan 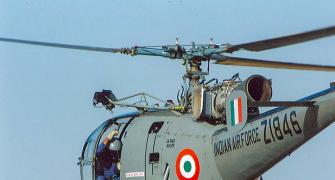 Happy 60th To The Chetak And HTS! 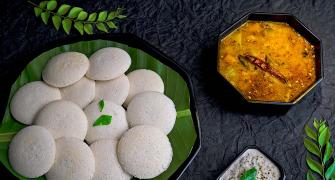 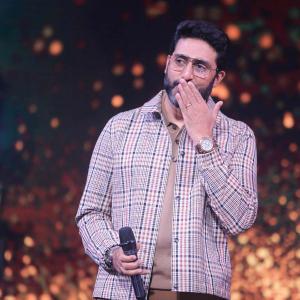