United States Defence Secretary Leon Panetta made some interesting pronouncements on the New Delhi leg of his Asian tour last week, including the offer of much closer defence cooperation (as in joint development of weapons, which India already does with Russia and Israel).

His statements suggested an American embrace that goes beyond all previous offers, and tied in with the "re-balancing" of US forces in Asia: putting 60 per cent of US naval assets in the Asia-Pacific region (as against 50 per cent now).

According to some observers, the US now sees India as having the potential to become its most important partner in a developing Asian security scenario that looks increasingly like a China containment policy.

US can do little if fight erupts in Ladakh or Arunachal 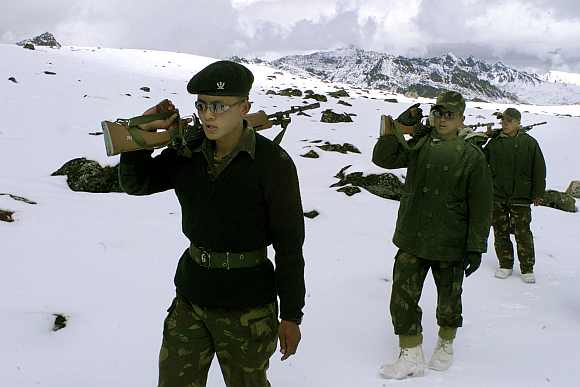 Image: Indian soldiers patrol near the border with China in Tawang, located at a height of 11,000 feet in Arunachal Pradesh
Photographs: Reuters

There are good reasons to welcome the US initiatives, but also to throw cold water on excessive expectations. First, no Asian country (India included) will want to get into a US embrace that risks annoying China. India's primary dispute with China is with regard to the land border.

While Washington can sell India its weapons (light howitzers and heavy transport aircraft are already on order) and in general help to bolster its defence capabilities, it can do little if fighting erupts in Ladakh or Arunachal Pradesh; India will be on its own, and will, therefore, consider it important to avoid risking conflict by continuing to project a policy of strategic autonomy.

Cooperate with the US by all means and in every way possible, but not at the expense of the relationship with China.

China can eventually overtake US as leading naval power 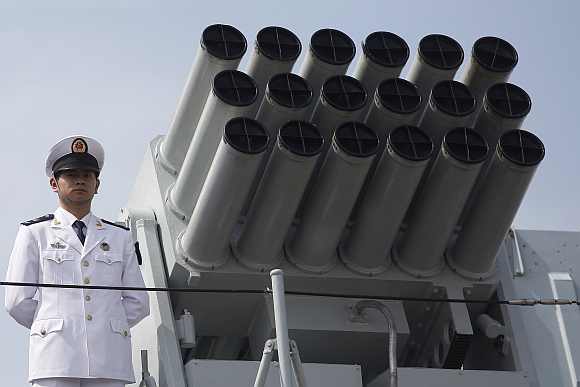 Even the small countries of Southeast Asia, which have traditionally welcomed a US security blanket, and which have territorial disputes with China, look over their shoulders at Beijing when they talk to Washington.

China has already become their largest trading partner, replacing the US; it could eventually overtake the US as the leading naval power in the region.

The US has about 100 major warships in the region; that number will not climb beyond 110 even after the "re-balancing" that is proposed. China, meanwhile, is expected to go from 86 major warships in 2009 to 106 by 2020, and these will be operating from nearer their bases.

No East Asian country will relish being asked to choose between US, China 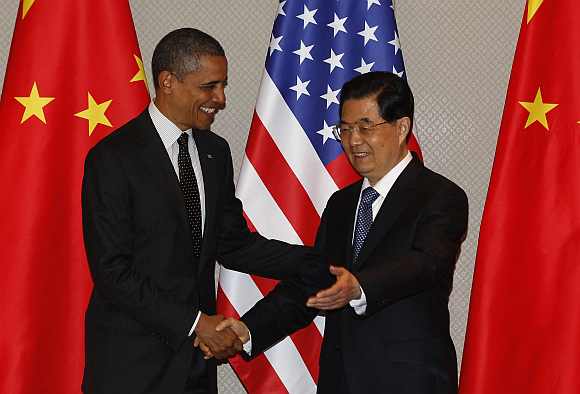 One ship can, of course, be very different from another in capability, but no Asian country is going to be immune to the fact of growing Chinese naval power at a time when the US defence budget is shrinking.

Indeed, some East Asian countries think the US is making too much of its "re-balancing". No East Asian country will relish being asked to choose between Beijing and Washington, even though it may be wary of China's growing power.

Ironically, the doubts about the effectiveness of the US military presence in the region could work to America's advantage, as countries all the way from Japan to India take greater responsibility for their own security. Across the region, countries are busy rearming and bolstering defence spending, all of them responding to growing Chinese military capability and pressure. The end result could be a more effective containment of China's territorial expansionism than anything that the US could hope to do on its own.