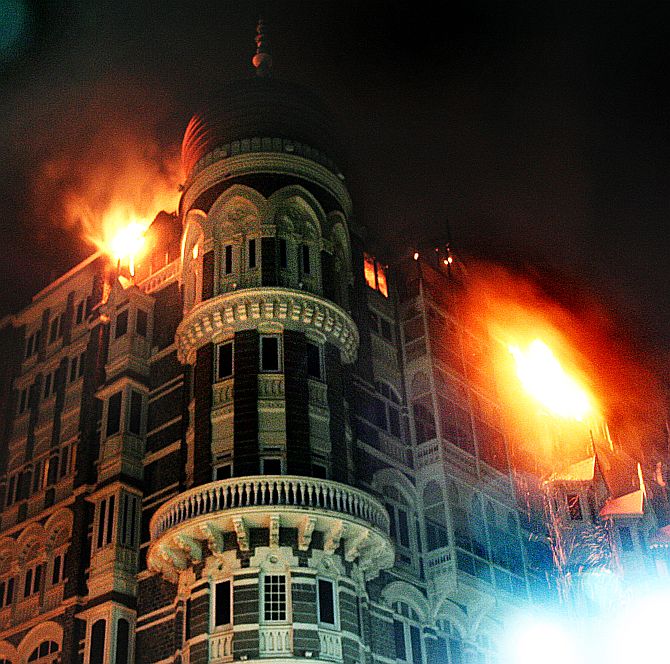 'Not only in planning and preparing for the attack, but in command and control and intelligence support they received from an LeT safe house in Karachi as the attack was unfolding.'

'There is circumstantial evidence that retired (and possibly active duty) members of Pakistan's intelligence service and Special Forces were in some way connected with the attack,' David Kilcullen, who conceived the US army's Surge against terrorists in Iraq and the author of the new book Out of the Mountains: The Coming Age of the Urban Guerrilla, tells Rediff.com's Nikhil Lakshman.

In a couple of weeks, Mumbai will mourn the fifth anniversary of the 26/11 attacks which scarred perhaps forever its psyche and left an inerasable imprint of anxiety on many of its citizens.

Five years later, many questions linger as does the fear that such an attack could recur at any time.

David Kilcullen, left, below, is one of the world's leading experts on terrorism. The Australian-born retired colonel served as Chief Strategist in the Office of the Coordinator for Counterterrorism at the United States State Department from 2005 to 2006. He then advised General David Petraeus for two years, 2007 and 2008, helping to create what came to be famously known as The Surge, the US military's operation to vanquish terrorists and insurgents in Iraq.

Thereafter a special advisor on counter-insurgency to then US Secretary of State Condoleezza Rice, Dr Kilcullen now runs Caerus Associates, which advises private clients and nations on strategy.

His latest book, Out of the Mountains: The Coming Age of the Urban Guerrilla (Oxford University Press), 'offers a compelling case on the spread of urban warfare in coastal cities across the world, representing the future of conflict.'

Dr Kilcullen spoke to Rediff.com’s Nikhil Lakshman on e-mail about the lessons from Mumbai and the coming threats to the planet’s urban aggregations. 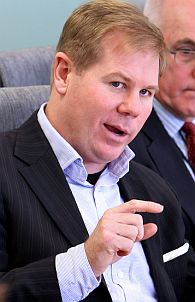 Many of the planet's largest cities are increasingly vulnerable to conflict -- including terrorism -- as a result of massive population growth, urban overstretch and lack of government presence in some areas (all of which create urban “no-go” areas that give cover to violent groups including terrorists), combined with massively increased connectivity (so that violence which emerges in one city can have major repercussions elsewhere).

Terrorism won’t be the only, or even the most important, problem in these cities -- it will be just one aspect of city systems under stress, as coastal cities in the developing world will be forced to absorb 3 billion new urban-dwellers by 2050: The same number of people that it took all of human history to generate, across the entire planet, right up until 1960.

Could the Mumbai attacks been possible without the connivance and sophisticated planning of the Pakistani military?

In your understanding, did the Lashkar-e-Tayiba have the tools to mount such a precise military operation?

Can such a terror operation be mounted without the participation of State actors?

As the case study of Mumbai in my book shows, the terrorists who attacked Mumbai had professional help, not only in planning and preparing for the attack, but in command and control and intelligence support they received from an LeT safe house in Karachi as the attack was unfolding.

There is circumstantial evidence that retired (and possibly active duty) members of Pakistan’s intelligence service and Special Forces were in some way connected with the attack.

However, the attackers were not themselves military operators, and the successful attack indicates both their high standard of training, preparation and equipment, and their extreme ruthlessness and willingness to commit atrocities.

“Loose sponsorship” by people associated with a State (rather than by State institutions itself) gives terrorist groups key elements of support without exposing their sponsors to retaliation.

It is unfortunately only likely to increase. 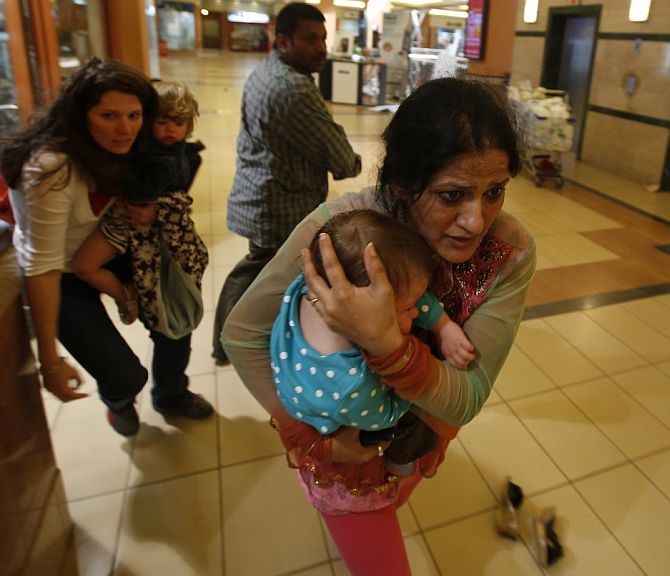 There has been the fear that terrorists may detonate a 'dirty bomb' in a city. How real is such a threat?

In what forms can we expect the next terrorist threat to our cities?

It’s certainly possible that a terrorist group may set off a dirty bomb -- whether chemical, biological, radiological, or nuclear in nature -- in an urban environment, and urban “no-go” areas offer both cover/concealment and a densely packed cluster of targets.

That said, terrorists can also carry out extraordinarily effective attacks (as in Nairobi this year, or Mumbai in 2008) with just small arms and grenades, so even without such a “dirty” device the risk is very real.

As Mumbai showed, and the Nairobi Westgate Mall attack reinforced, “guerrilla-style terrorism” (where terrorists build an attack team close to their target, use local cover and draw on the natural flow of large urban areas to hide their activity) has increasingly become the method-of-choice for terrorist groups.

Urban terrorism is on the rise in Pakistan where the terror template from Iraq of random mass murder has been copied with brutal ferocity.

What can a government do in such circumstances?

Would you advocate that the security forces mount a counter-terror operation of even greater ferocity to exterminate the enemy, the way, for instance, Peru and Columbia confronted Shining Path and FARC?

In fact, the Colombian government’s approach to dealing with the FARC in recent years relied heavily on civil democracy programmes and on building a partnership at the grass-roots level between communities and the police, military and civil officials charged with protecting them.

As the classical counterinsurgency theorist Bernard Fall once said, “A government that’s losing to an insurgency isn’t being out-fought -- it’s being out-governed”.

I think this is a key lesson for any government confronting an urban terrorist threat: Not only is it impossible to be more brutal or ferocious than modern terrorists, it’s foolhardy to take that approach.

In the book I put forward what I call the theory of competitive control, which shows that governments and non-State armed groups alike gain control through a spectrum of persuasive, administrative, and coercive measures.

Terrorists can easily out-compete governments in terms of brutality, but there’s no way they can compete with a government’s ability to administer, persuade and bring benefits to its people. 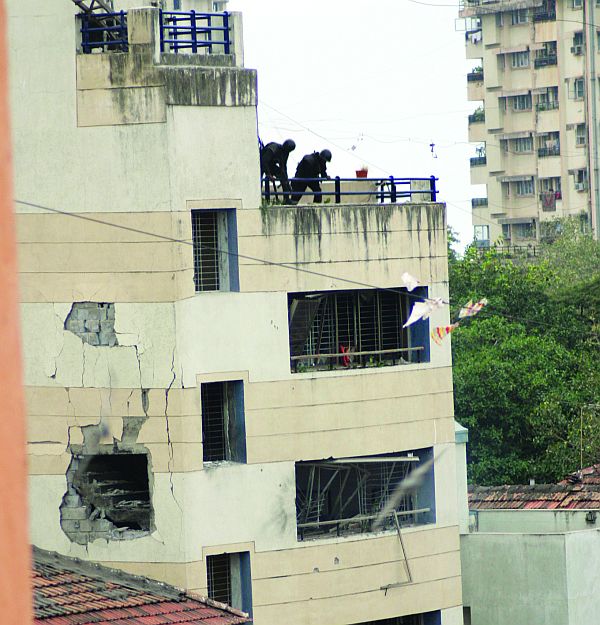 With the American and ISAF pullout from Afghanistan next year, do you think that terrorists like the Pakistani Taliban and the Lashkar could join forces to mount a mixture of 26/11 and Peshawar operations with greater frequency in India?

Do you think India is more vulnerable to terror attacks than any other country in the world?

It’s possible that militant groups could join forces to attack India after the ISAF withdraws from Afghanistan. It’s at least equally possible, however, that these groups will be drawn into a struggle for control in Afghanistan itself, should a power vacuum emerge after the international troops leave.

I do, however, think that India has a range of threats to consider -- from sea-borne terrorism in the style of the 26/11 attacks, to the increasing urbanisation of Naxalite and Maoist groups, to the rise of urbanised violent crime and criminal networks.

From the standpoint of people who live in rapidly growing, massively over-populated, densely connected cities, the very environment itself may become a threat if we don’t plan for ways to deal with the coming era of massive urban growth in crowded, networked environments on the world’s coastlines.

If you were to advise the Indian government about countering terror, what advice would you give?

I wouldn’t presume to advise the Government of India unless asked, and if the government did ask for my advice (or that of my team), we would, of course, offer that advice in private. I can say, however, that India has a lot to teach other countries, as well as to learn from the experience of others, as the country confronts what will be an all-too-common set of challenges in the future.