The Maharashtra ATS's supplementary chargesheet against arrested LeT operative Abu Jundal brings out some of his chilling confessions over the dastardly 26/11 terror attacks, reports Vicky Nanjappa.

The supplementary chargesheet filed by the Maharashtra Anti Terrorism Squad against arrested Lashkar-e-Tayiba operative Abu Jundal reads more like a story, and till date is one of the most comprehensive chargesheets filed in the 26/11 Mumbai terror attacks case.

Running into over 13,000 pages with 56 volumes, the supplementary chargesheet details the 26/11 attacks -- in which 164 people were killed -- right from the days of planning to the final assault.

Basically what the chargesheet states is the importance of Abu Jundal and how big he was in the terror set-up which carried out the attacks. However, there is more to be added into this chargesheet and that would happen only when India manages to access the voice samples of the other accused who were guiding the attack on India from Pakistan.

The supplementary chargesheet was necessary as the law mandates that the same be filed within 90 days of the arrest of an accused.

The chargesheet makes an important point about the radicalisation of Jundal and how monetary gains were never an issue when fighting for the cause.

Jundal worked for nearly 18 hours-a-day during the 26/11 planning and did it for a remuneration of a paltry Rs 4,000 per month.

During this period he not only had to train the attackers, but was actively involved in explaining Mumbai's logistics. Even after 26/11 was over, Jundal continued to work for the Lashkar-e-Tayiba for the same amount.

Jundal mentions that it was the cause that was important and money was never even an issue for those who felt strongly about the cause.

The chargesheet has also attached Jundal's confessional statement. He speaks about his stint with the Students Islamic Movement of India and how some riots in the country had made him take up jihad.

'My first stint was the Aurangabad arms case. The police had got wind of this and I had to escape as I wanted to continue to work for the cause. I took shelter at a mosque in Aurangabad. From there I took the help of a friend and left for Murshidabad (in West Bengal) the next day. From there I crossed the border to Bangladesh. I stayed there for a few days and then flew to Karachi on a fake passport on which my name was Saeed. At Pakistan I had no security check and I was taken away by a few officers to a safe house. From here my real journey into the Lashkar commenced,' Jundal says in his confessional statement. 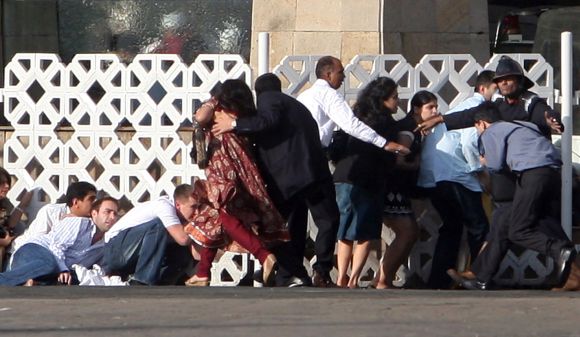 Image: People duck for cover as gunshots are fired from inside Hotel Taj Mahal during the 26/11 terror attacks in Mumbai
Photographs: Punit Paranjpe/Reuters

Apart from this the chargesheet details the manner in which he trained the 26/11 attackers. He says that 12 persons were chosen for the role, but two dropped out, following which a massive manhunt was launched.

'I taught them how to speak in Hindi and also how to behave like Indians. I also gave them lessons on how to take a taxi and the manner in which they were supposed to speak with them. These details helped them slip into the city and go unnoticed before the actual assault was launched,' Jundal has said in his statement.

'Among the ten attackers, only two were educated while the rest had dropped out of school. Abu Fahadullah and Abu Ismail were educated. Ismail, who worked in a hospital before joining the team, was the brightest of the lot and hence he was the lead attacker. He had completed his nursing course after which he joined a hospital in Karachi. He worked there for a year before he joined us,' Jundal pointed out.

Jundal said that after two persons escaped from the camp, the Lashkar-e-Tayiba had become very strict and refused to let any of the ten boys out of their sight. There was no leave for them, he added.

He also said that he had worked his way to the top and his commitment was appreciated by the higher-ups in the Lashkar.

'I had a very active part to play in the attack. I wanted to ensure that there was nothing that led back to Pakistan and hence I was the one who suggested that the terrorists wear orange bands on their wrists. The initial part of the attack was extremely important to us and we wanted them to take position without even a little bit of a doubt arising in anyone's mind. Hence the tutorials on Hindi and the mannerism classes were very important. Even the identification cards were my responsibility along with another operative by the name Abu Khafa. We used fake names such as Sameer Chaudhary and Naresh Verma. All these cards were of institutions in Bangalore and Hyderabad. Our intention was to ensure that there was as much doubt as possible in the minds of the Indians regarding the origin of the attackers,' he said.

'During the recruitment of the youth to carry out the attack they were always told about the benefits of this attack. They were assured of a better life once they return to Pakistan and were also told that their families will be well taken care of. However, none in the Lashkar wanted these youth to return alive and they wanted them to battle till the last minute,' Jundal pointed out. 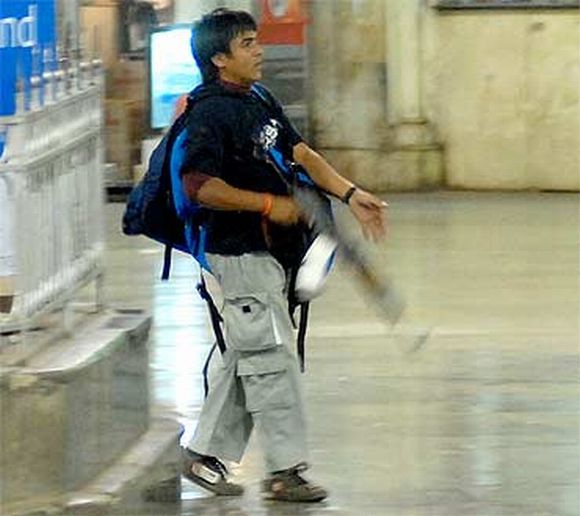 'Kasab's capture was a major setback as he pointed towards the Pakistan link. We were worried that if the ten of them were told about this, then they would be demoralised. They were questions that were asked by them, but we assured them that a special team would rescue them once the operation was complete. However, at the time of the attacks, some of the attackers realised that there would be no special team to rescue them. This is when Sajid Mir stepped in and told them that they would have to fight until their last breath as they would be assured of a place in heaven. They were also told that their families would be well taken care of,' he added.

Officials would say that the most important aspect of the confession was the part where Jundal speaks about the official link to the attack.

'We were at all times under the supervision of officers who were either from the Pakistan's ISI (spy agency Inter Services Intelligence) or the army. The control room was set up in Karachi near the international airport. All through the operation there were officers who supervised us. After the attack the control room was destroyed at the insistence of the ISI as they wanted no trail.'

Meanwhile, apart from this chargesheet, the Delhi police and the National Investigation Agency would also file respective chargesheets detailing the role of Jundal. Although there is very key evidence in the chargesheet, India would still have to wait for the voice samples in order to ascertain more details of the conversation that took place between the control room and the attackers.

However, the Indian agencies point out that the voice samples would have to be derived with the help of Pakistan and a great deal of cooperation would be needed for the same.