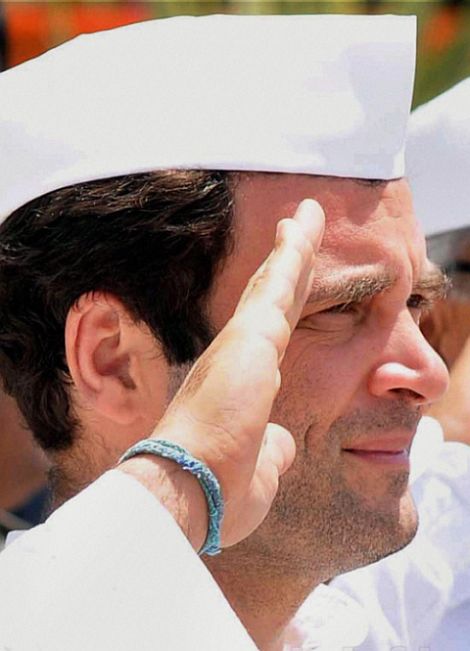 Declaration of Rahul Gandhi as prime ministerial candidate cannot be ruled out, Congress hinted on Monday in the backdrop of conflicting statements from party leaders, including Digvijay Singh.

"It has not yet been decided. When it will be decided, you will know," party General Secretary Ajay Maken told media persons.

He was asked about the official position of the party on declaring Rahul the prime minister candidate ahead of the next Lok Sabha election.

Speaking separately on the issue, Information and Broadcasting Minister Manish Tewari put it differently stressing that the 'trinity' of Prime Minister Manmohan Singh, Congress Sonia Gandhi and Rahul will lead the Congress in 2014.

"Manmohan Singh is the Prime Minister, Sonia Gandhi is the chairperson of the UPA, we have a young leader in Rahul Gandhi, who the youth identifies and empathises with and this is the trinity which would lead the Congress in 2014," Tewari said. 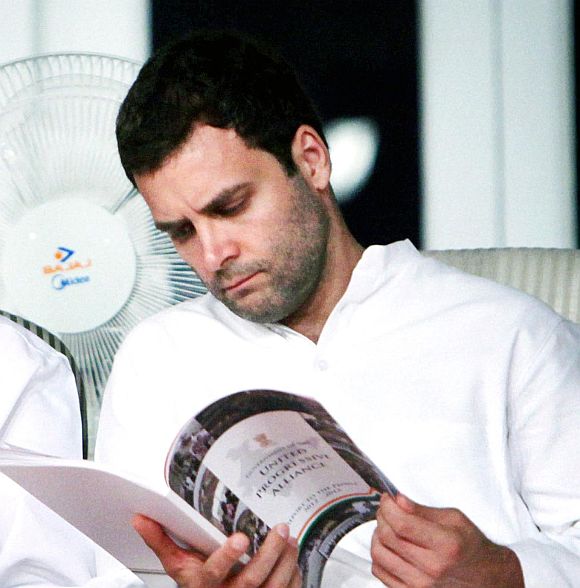 "So I would like to beseech you, do not raise ghosts and slay them and consider yourself as a superman," he said when asked about the issue of declaration of Rahul Gandhi as PM candidate.

At the outset, Tewari said: "There are certain people who are interested in pushing an agenda and do not understand the basic fundamentals of the functioning of the Congress Party."

Maken and Tewari were responding to queries on the issue of projection of Rahul Gandhi as that two Congress General Secretaries Digvijay Singh and Janardan Dwivedi have made conflicting statements on the issue. 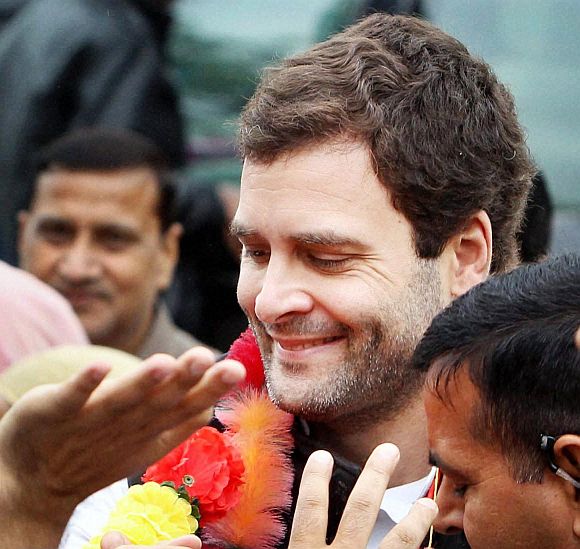 Singh had hinted that declaration of Gandhi as PM candidate ahead of polls is unlikely. But Dwivedi on Saturday dismissed as "personal opinion" comments by Digvijay Singh in this regard.

"We do not have a presidential form of government. Congress party does not declare PM or CM candidates before elections.... Even in the Karnataka assembly elections we had not declared any CM candidate," Singh, who is also a party General Secretary, had said in an interview.

Singh had said this while replying to questions on why Congress was diffident about projecting Rahul Gandhi, why it should not project him and who is the party's PM candidate. Dwivedi, who is the party general secretary in-charge of Organisation in the AICC, later said, "Individuals may have their personal opinions, but on such issues final decision is taken by the party only. The party has declared in Jaipur at the time when Rahul Gandhi's appointment as Vice President was announced that the question of campaign and leadership will be decided by it later. No time frame was announced."

He was replying to a question whether Rahul Gandhi has been ruled out as Congress' Prime Ministerial candidate for the next general elections.

Party leaders have been saying in private that Rahul Gandhi is the natural choice as PM candidate given the fact that as party Vice President he was number two in the organisation after Sonia Gandhi who had renounced prime ministership some ten years back.