External Affairs Minister S M Krishna began crucial talks with his Pakistani counterpart Hina Rabbani Khar on Saturday to review the second round of resumed dialogue with issues like terrorism to be on top of the agenda. He bought up the 26/11 trail during talks and pushed for justice for victims of the terror attack, say sources.

The one-to-one meeting between Krishna and Khar was followed by delegation-level talks between the two sides.
Indian officials earlier said that terrorism will form the core of New Delhi's discussions, particularly the slow pace of the Mumbai attack case trial.

Other issues include those concerning prisoners as well as trade and border issues. 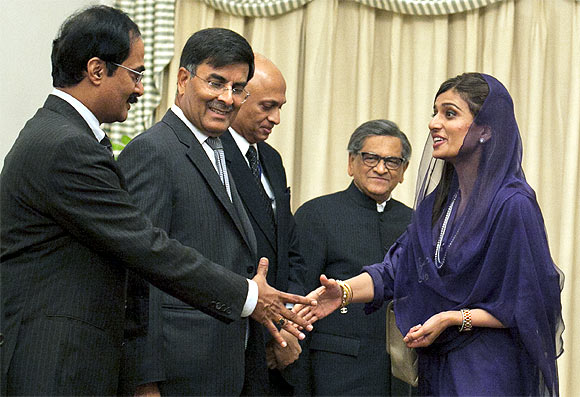 For the first time, group tourism will be part of the new pact which will also have other new categories, including multiple city one-year visas for businessmen and visa-on-arrival for people aged 65 years. 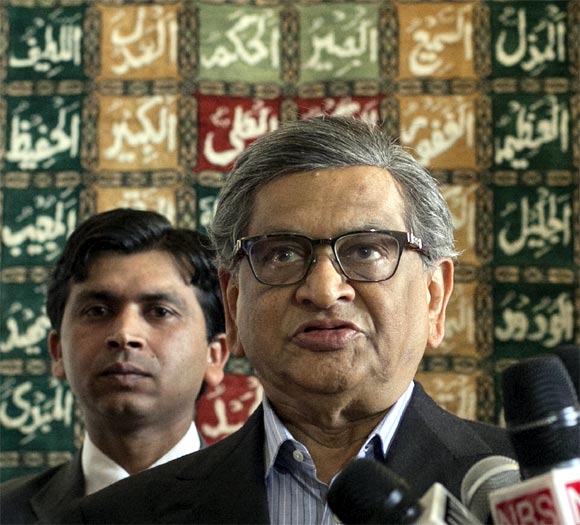 Image: Krishna speaks to the media after his arrival at a military base in Rawalpindi near Islamabad
Photographs: Mian Khursheed/Reuters
Both ministers will also co-chair the joint commission meeting later on Saturday evening, which was revived in 2005 after a gap of 16 years. This is Krishna's second visit to Pakistan in over two years. 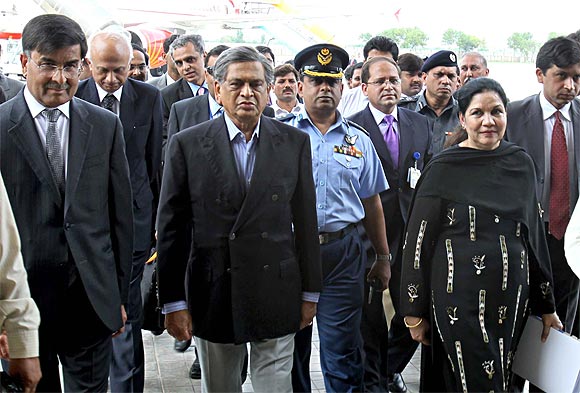 Image: SM Krishna is received by Zehra Akbari (right), director general, South Aisa, Pakistan foreign office upon his arrival at Islamabad as Foreign Secretary Ranjan Mathai and India's High Commissioner Sharat Shabarwal look on
Photographs: Jay Mandal/On Assignment
Also, foreign secretary-level talks were held on Friday in Islamabad during which the two sides discussed all aspects of the resumed dialogue, apart from reviewing the entire expanse of the discussions held so far.The two sides described their discussions as "positive" and "frank". They acknowledged that progress has been made in bilateral ties but agreed that "much more needs to be done".