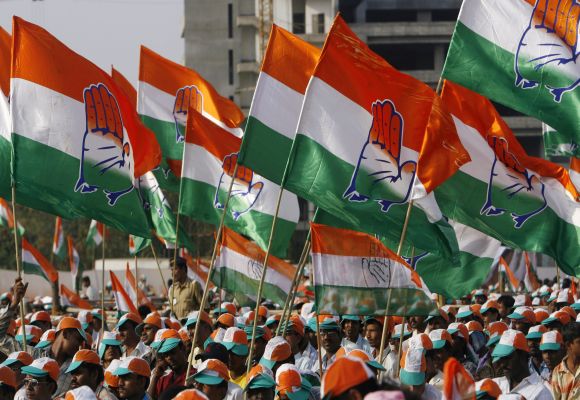 Image: The Congress is set to get estimated 117-129 seats in the 224-member assembly
Photographs: Reuters

The pre-poll conducted by CSDS for CNN-IBN shows that the Congress party is set to improve its position in the upcoming Karnataka assembly elections and the ruling Bharatiya Janata Party will likely suffer major losses.

The Janata Dal-Secular is likely to get 34-44 seats.

Former Chief Minister B S Yeddyurappa's newly-launched Karnataka Janata Paksha and independents together may end up with only 14-22 seats.

The survey was conducted by CSDS between 10-17 April in 75 assembly constituencies of Karnataka covering 294 polling stations.

A total of 4,198 respondents participated in the survey. The survey was conducted about a week prior to the release of the final list of contesting candidates by the Election Commission.

It was also held about a week before the start of the main election campaigning in the state and three weeks before actual voting. 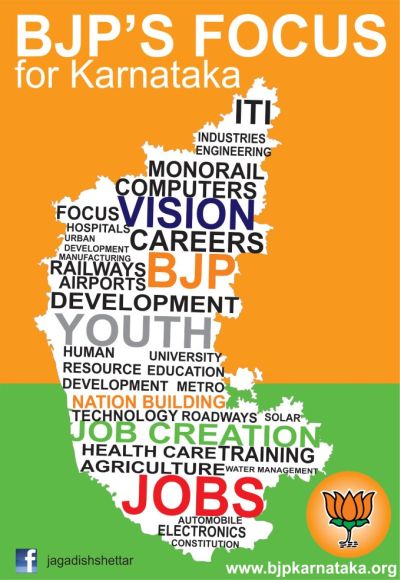 The surveyshows the Congress party is likely to secure highest votes with 37 per cent vote share, a 2 per cent gain compared to its 2008 performance.

The poll also suggests a significant fall in BJP's vote share compared to its performance in the last assembly election. The BJP is likely to get only 23 per cent of votes, 11 per cent fall compared to 2008.

The BJP's loss is the gain for new entrant KJP. The KJP in its political debut is likely to get an estimated 7 per cent votes.

The JD-S may finish third but with a marginal gain in its vote share.

Cong may lead over BJP in four regions 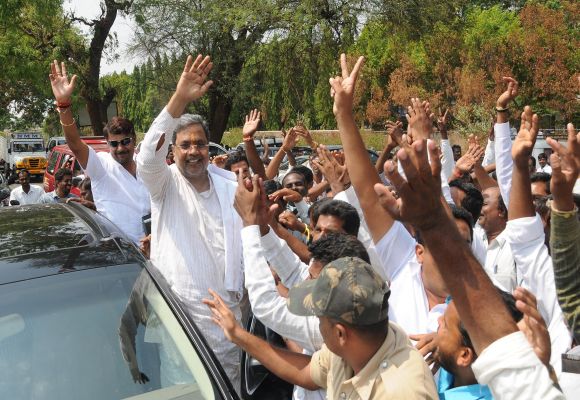 The survey also suggests in a region wise analysis that the Congress is going to consolidate its position and lead in four regions while it's in a close race with the BJP and the JD-S in two regions.

The Congress is likely to consolidate and lead over BJP in four regions of Hyderabad Karnataka, Mumbai Karnataka, Central Karnataka and Bangalore.

In Central Karnataka the KJP is likely to dent the BJP's base.

Kumaraswamy the most preferred chief minister 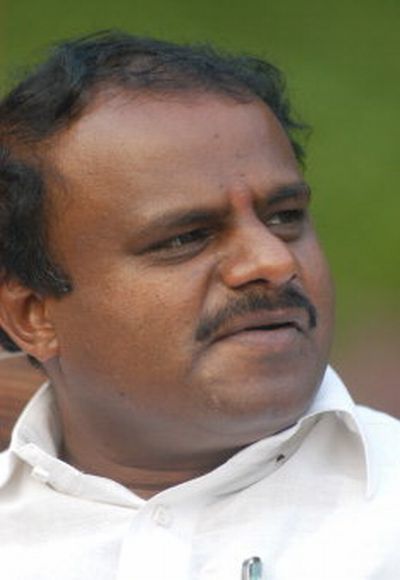 Image: JD-S leader HD Kumaraswamy is the preferred choice of 18 per cent of the respondent for the post of chief minister.
Photographs: Courtesy: Kumaraswamy's website

The survey shows JD-S leader and former Chief Minister HD Kumaraswamy is the most preferred chief minister followed by B S Yeddyurappa.

Kumaraswamy is the choice of 18 per cent of respondents as next chief minister while 10 per cent of the respondents prefer B S Yeddyurappa for the top post in the state.

Congress leader Siddaramaiah is in a close race with Yeddyurappa as 9 per cent respondents prefer him as the next CM.

Lingayats to back Yeddyurappa 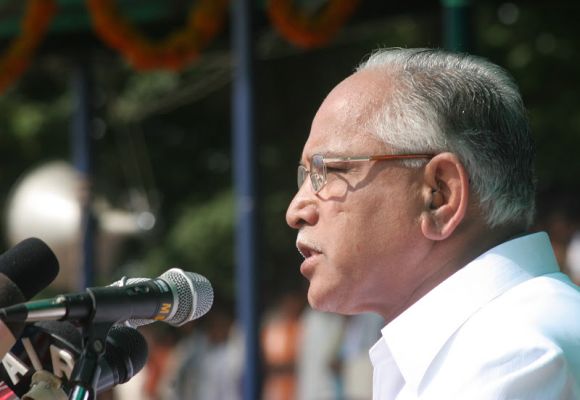 The survey results state that the Congress government of 1999-2006 is considered as the best government in last 15 years.

Most of the respondents say the Congress provided best governance out of all governments among last three governments.

BJP seen as the most corrupt party 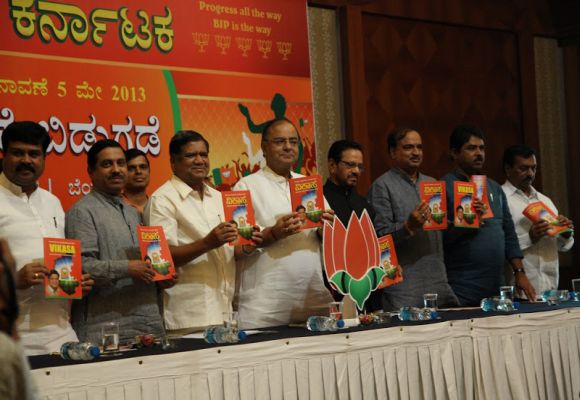 The survey suggests corruption is the most important voting issue, but majority of respondents were undecided.

The BJP is seen as the most corrupt party with significant 53 per cent respondents voting the party as more corrupt than the Congress and the JD-S.

There is also a strong anti-incumbency against the BJP government as 57 per cent of respondents don't want the BJP back in power.