Sign in  |  Create a Rediffmail account
Rediff.com  » News » INSIDE STORY: Gujarat riots helped in the making of Abu Jundal

INSIDE STORY: Gujarat riots helped in the making of Abu Jundal 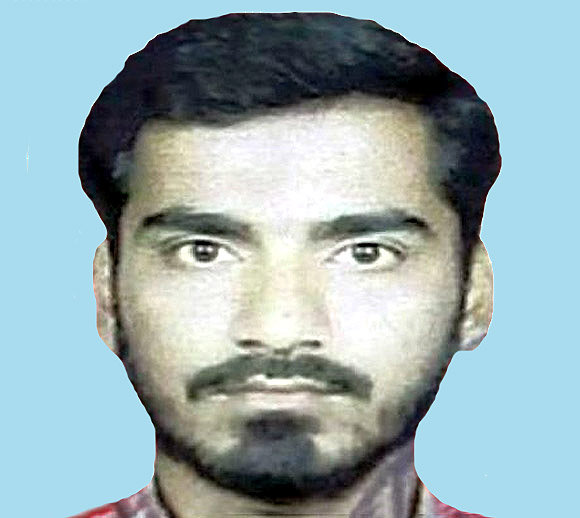 From a normal teenager to a dreaded terrorist, Vicky Nanjappa traces the destructive path chosen by Abu Jundal

How did Syed Zabiuddin Ansari from Beed, son of an insurance agent and an aspiring electrician, become dreaded terrorist Abu Jundal?

According to the dossier the Intelligence Bureau has on Jundal, he was just a normal boy who never showed any signs of radicalism. But the communal riots in Gujarat and its fall-out in Maharashtra had a deep impact on him. Soon after, he joined the Students Islamic Movement of India, an organisation which had partly turned to extremism.

During his earlier days with SIMI, he was in charge of its operations in Uttar Pradesh and Maharashtra and shuttled between these two states to organise several camps.

In 2003-04, he was sent to Pakistan to train with the Lashkar-e-Tayiba, after he met one Rahil Sheikh. Sheikh's name had cropped up during the investigation in the 2006 serial train blasts.

Ansari was attracted to the concept of jihad and started training with the LeT. 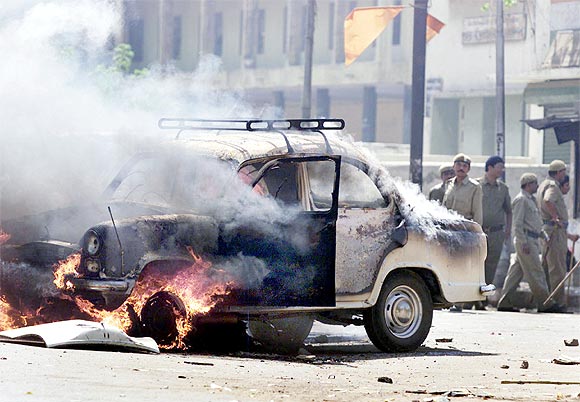 Image: Policemen watch a car set ablaze by rioters in the street in Ahmedabad, during the 2002 riots
Photographs: Arko Datta/Reuters

After he returned to India, he used the same camps he used to organise for SIMI to run the operations of the LeT. His manner of functioning was soon noted by the top brass of the terror outfit. From a mere foot soldier, Ansari alias Jundal soon became a trusted operative of the dreaded group.

The initial operation he was entrusted with was a dry run in Maharashtra, but the police seized a cache of arms and ammunition in Aurangabad at that time. Though 12 of his accomplices were nabbed, Jundal managed to flee.

IB sleuths believe that a large amount of ammunition had escaped detection and those could have been used in the 2006 blasts in Mumbai.

Jundal had already left for Pakistan by the time the serial train blasts were carried out.

Jundal was able to raise funds as well as recruit cadres for the Lashkar. The Maharashtra module of the Lashkar was considered to be the strongest due to the members recruited by Jundal.

Jundal acted as a guide to terrorists 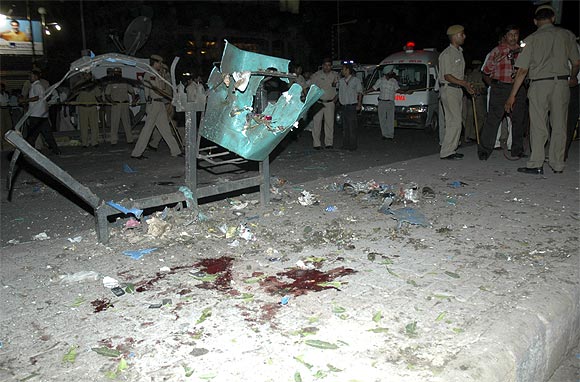 Image: Policemen inspect one of the blast sites in Delhi in September, 2008
Photographs: Reuters

Jundal has continued recruiting jihadis in Pakistan to fight alongside Lashkar militants in Kashmir. He had lived in Kashmir for some time after 2006 and handled operations there. Lashkar leaders knew that Jundal was an important asset and they kept shifting him to new bases so that he remained off the radar of probe agencies.

In 2008, his name cropped up in connection with the serial blasts in Delhi that were carried out by the Indian Mujahideen. Jundal allegedly provided support to the foot soldiers and guided them to carry out the terror strike. He was specifically entrusted with this operation as it was a crucial one for the IM, which was trying to secure its foothold in India.

After that, the 26/11 attack on Mumbai was the most major strike carried out by the LeT and Jundal. He met Lashkar founder Hafiz Saeed to plan the strike.

He was asked to identify a target for the strike which would carry the message of terror loud and clear across the world. Jundal suggested Nariman House as a likely target and it was later checked out by LeT operative David Headley.

Jundal will be interrogated about 26/11 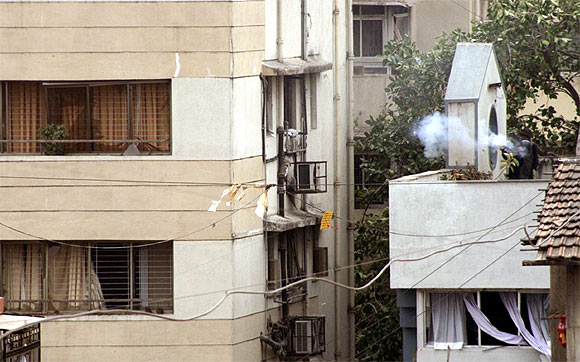 While guiding the attackers, Jundal had said 'this is just a trailer, the movie is yet to begin'. He also used words like gathbandan (alliance), karenga (will do something) and prashasan (administration).

After 26/11, he was asked to maintain a low-profile and remain in Pakistan. When Indian agencies failed to ascertain his whereabouts and his exact role in the attack, he decided to move out of Pakistan. Jundal was then sent to Saudi Arabia. It is believed that he was trying to collect funds for the LeT and planning another major operation.

Indian agencies had received information about his shift to Saudi Arabia through contacts in Saudi, Nepal and some intercepts from the United States. They watched his movements closely for several weeks. Finally, Saudi authorities picked up Jundal and handed him over to the Indian agencies.

Jundal will now be interrogated about his role in the 26/11 attacks.

This is a worrying development for certain elements in Pakistan, which had tried to prevent his extradition from Saudi. But the Saudi regime was firm about not allowing any terrorists on its soil and Jundal was extradited to India.