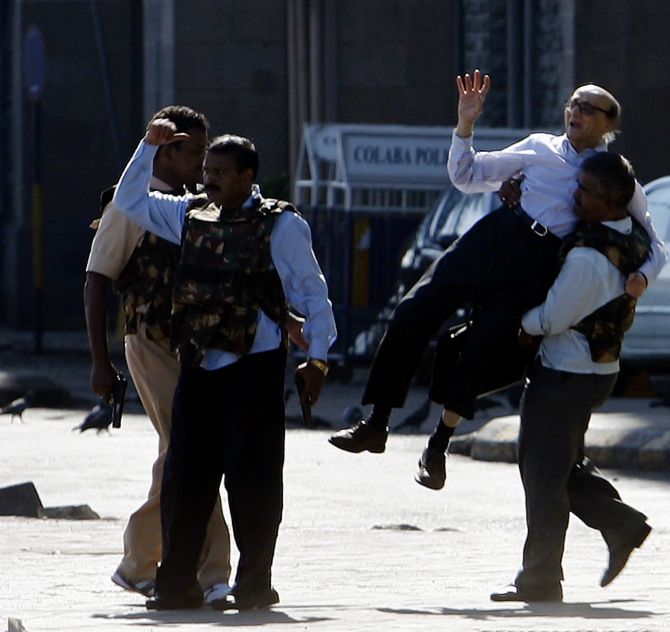 Was 26/11 conspirator David Headley working for the CIA, the ISI or the LeT? Did he know more about the Ishrat Jahan module? Five years since the terror attacks and we are yet to find clear answers on the many mysteries regarding this man. Vicky Nanjappa reports

In a week from now it will be five years since India witnessed the most horrific terror strike on its soil -- the 26/11 Mumbai attacks. Arrested CIA mole-turned-terror operative David Coleman Headley will without a doubt continue to be the most mysterious person in this entire episode.

Reading his interrogation report over and over again would indicate that Headley has not spoken everything that one should know. Be it his contacts in the Pakistan’s Inter Services Intelligence or even the Ishrat Jahan episode, Headley has never spoken anything clearly.

An officer with the National Investigation Agency who had questioned him in US in 2010 tells rediff.com that Headley is clearly hiding a lot.

“Although he has nothing to lose at the moment, it is clear that he is still under pressure,” the officer says.

The NIA is aware that it will never get to question Headley again. The first time the agency was allowed to quiz him was part of an American move to woo India. The very fact that the US allowed India to get access to David Headley was itself surprising since that country has a stringent policy of not allowing anyone to access its nationals.

As such an extradition is completely ruled out and everyone in Indian security agencies is aware of it.

Mystery 1: Was Headley an LeT operative or ISI agent? 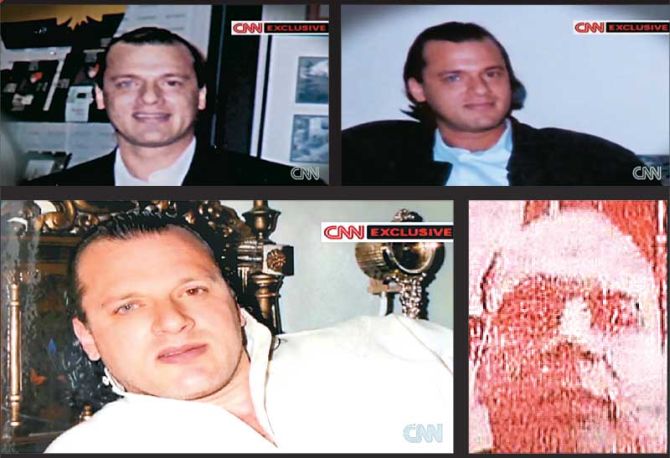 Was Headley an agent of the Lashkar-e-Tayiba or the ISI? He speaks at length about his connection with the Lashkar, but is very guarded when it comes to the ISI. He speaks of a Sajid Mir and a Major Iqbal who had assisted him during the 26/11 attacks, but does not spill the exact details about them.

Indian agencies say that he was working for both the Lashkar and the ISI. With the Lashkar his concern was only the 26/11 attacks and he was paid $25,000 by them.

However, along with this he was also carrying out instructions from the ISI. While the Lashkar ordered him to survey the hotels which were attacked, the ISI was particular that Headley provides them with a map of the nuclear facilities in India.

On his return to Pakistan, he had met with the bosses of the ISI and the Lashkar separately and passed on information individually to each outfit.

Mystery 2: If Headley was passing info to US, why weren't the US alerts specific? 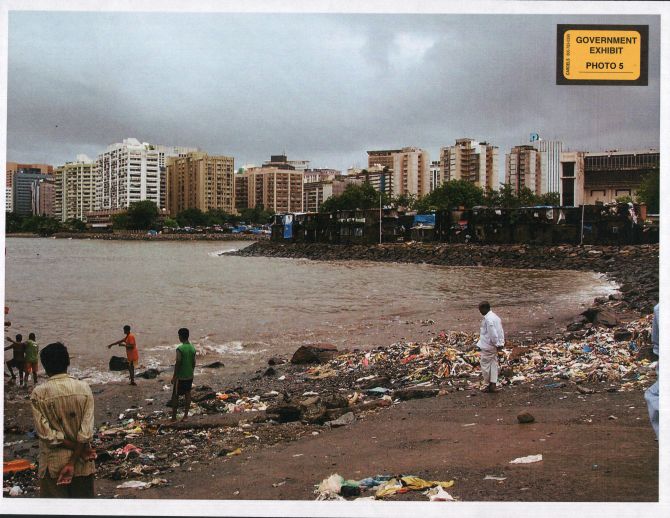 Image: Headley clicked a photograph of the landing site in Mumbai which he chose for 26/11 Pakistani terrorists, released by US attorney office.
Photographs: Reuters

The US has claimed that it had alerted India in 2006 itself about the possibility of such an attack. Intelligence Bureau officials in India, who had dealt with the same, say that the alert was extremely vague in nature.

There was no clear cut mention about an American national surveying targets in India. The Indian agencies too worked on this alert and had in fact mentioned the same to the crime branch of the Mumbai police.

While the US intelligence stated vaguely that the Lashkar was planning a major attack, the Indian agencies went one step ahead and said that it could be an attack from the sea.

What the intelligence agencies in India question is why the US did not keep Headley under surveillance after they realised that he had turned rogue?

“He was very much in the US and normal practice indicates that once an agent turns rogue, the heat on the person doubles. However, that was not the case with Headley and this raises a very major doubt,” an officer points out.

In New Delhi the suspicion is that it was Headley who was giving information to the US intelligence agencies regarding the attacks.

“Headley was the in know of all of the attacks details, and if it was him (who was passing inputs to then US) then why were the alerts not specific,” ask the Indian agencies.

Mystery 3: How did Headley manage to leave US, enter India? 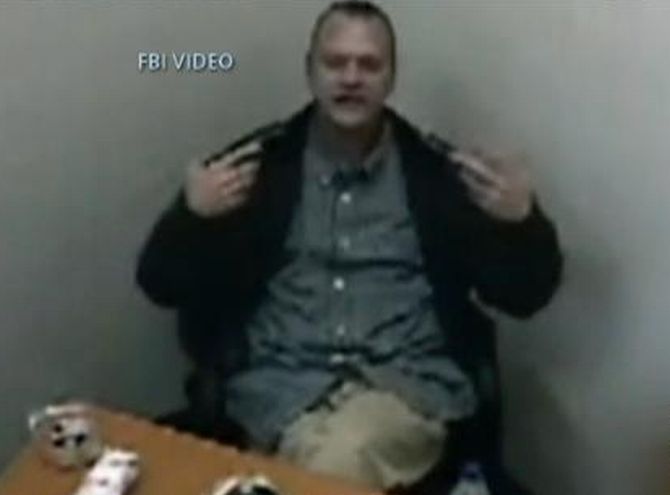 Image: An FBI video grab of Headley's interrogation in US

Headley appeared to have had a cake walk in India. The first ones to be blamed are the immigration team in India which normally allows US citizens into the country without much verification. The second question is how did Headley so easily manage to leave the US after turning rogue?

The big question is how did a rogue agent manage to get visa papers and enter India? Investigators quote run of the mill instances regarding this aspect and say that the documents were forged. However, the fact is that he came to India more than once and still no one smelt anything fishy.

The problem is that when the investigations into Headley commenced in 2009 after his visa documents were missing from the Indian consulate in Chicago for a considerable amount of time. This broke the tempo of the investigation and even when the NIA officials visited the US to question Headley they did not have the access to these papers.

After much protest and repeated requests by India, the papers were mysteriously found in the record room of the consulate from where it had gone missing. The investigators in India said that this led to a great deal of confusion.

Worse, during the questioning the Indian sleuths were not able to ask relevant questions regarding Headley’s travel details. His answers were that his friends Tahawwur Rana had helped him and till date India has not got access to this man.

Mystery 4: Who was Headley's 'honey bee'? 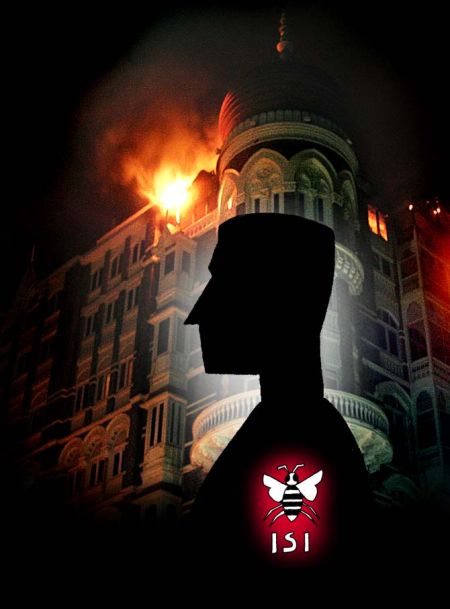 The latest revelation is regarding Headley’s Indian “honey bee” who helped in the 26/11 conspiracy.

However, Indian agencies call this a fiction of the imagination by the US agencies who could have planted the same on the British authors Cathy Scott and Adrian Levy. The fact is that Headley did have a lot of local contacts and despite investigators not mentioning anything to this effect it is clear from the earlier parts of the probe that he was in touch with some locals.

Right from day one, the investigators’ ‘Focus only on Pakistan’ message was clear. The idea was not to dilute the case against Pakistan but in the long run the Indian investigators only ensured that some key anti-national elements within the country were allowed to get away.

Headley’s “honey bee” could have been a low ranking intelligence informer in India. These informers have no loyalties and can share anything to earn a quick buck. Headley roamed around with the elite and gained access to hotels without being doubted. In turn he also kept in contact with local informers whose information was passed on to him by the ISI who also keep a tab on the Indian informers. 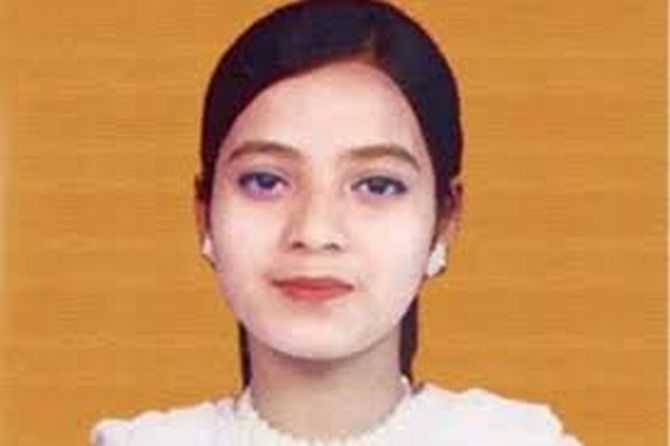 The Ishrat Jahan case is another mystery attached to the Headley probe. While this has no connection to the 26/11 attacks, the manner in which Headley spoke about her is an indication that the Lashkar had a deadly module coming up in India aimed at big time political assassinations.

The Central Bureau of Investigation has given a clean chit to Ishrat and termed the encounter as fake. However, what the CBI did not do was to give a clean chit to the rest of the persons with her -- which raised a big doubt as to what she was doing with those persons.

In the words of Headley quoted from the NIA investigation report, which has surprisingly gone missing but a copy remains in rediff.com’s possession, “On being asked about Ishrat, I state that in late 2005 Zaki-ur-Rehman Lakhvi introduced Muzzamil to me. Zaki spoke about the accomplishments of Muzzamil as a Lashkar commander. Zaki also sarcastically mentioned that Muzzamil was a top commander whose every big project had ended in a failure. Zaki added that Ishrat Jahan module was one of Muzzamil’s botched up operations. Apart from this I have no other knowledge of Ishrat Jahaan”.

The NIA claims that it did not investigate further since there was nothing concrete that Headley had said. The fact, however, remains that they cannot cross-verify the information yet again since the chances of questioning him again are impossible.