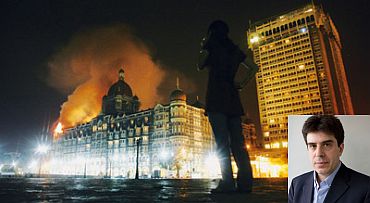 Image: The 26/11 attack on the Taj hotel in Mumbai. Inset: Sebastian Rotella

ProPublica.org, the respected journalism Web site, has blown the lid off US claims about Lashkar-e-Tayiba operative David Coleman Headley.

In a series of investigative reports, the non-profit news organisation has revealed how US intelligence agencies ignored about five warnings from Headley's family about his terror activities.

Sebastian Rotella, the award-winning correspondent at ProPublica, believes that Headley could not have undertaken the surveys of targets for the November 26, 2008 attacks in Mumbai all by himself.

Please click on NEXT to read Vicky Nanjappa's revealing interview with the investigative reporter.

Also Read: 'For a successful end, you must be killed'

US did not mention Headley in intelligence shared with India 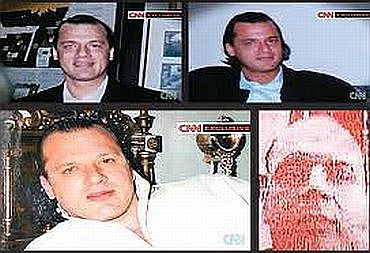 Just before President Obama's visit to India, there was a storm over the exact nature of intelligence the US shared with India on David Headley.

What according to you is the real story?

In my story that I have reported recently, I have written about the time line of the warnings and inputs the agencies have received on Headley.

A review of the US government's contacts with Headley had identified at least 5 different cases in which relatives or associates had warned that he was training or working with Pakistani terrorists.

Leads about this man surfaced in 2001, 2002, December 2008 and April 2009. Now coming to your question on the exact nature of intelligence shared by the US with India, not one of them mentioned or referred to David Headley. 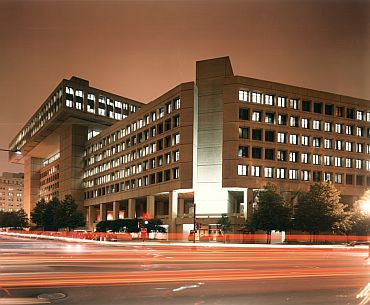 Image: The FBI headquarters in Washington, DC
Photographs: Courtesy FBI.gov
It is said that the allegations made by Headley's wife were too general in nature to connect Headley to a terror plot? Do you think this was a slip up?

The Americans decided that the nature of the allegations was not specific in nature and I cannot say why they said this.

In April 2008, she had spoken about a special mission being undertaken by Headley and in my thinking this is pretty specific.

The agencies seem to have a different interpretation of this and I really cannot comment why this is the case.

Do you think the agencies were a bit slow in reacting to Headley considering the first warnings about him came after the 9/11 attacks?

That is a matter to be seen. I have mentioned that there were various instances where his relatives or friends have spoken about him.

'Headley's arrest is a big blow to Al Qaeda and Lashkar, but...' 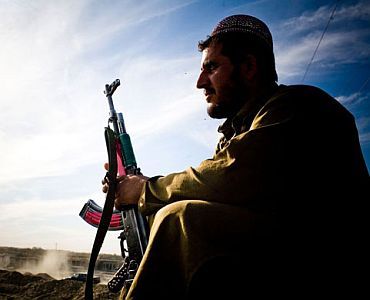 Image: A terrorist near Pakistan's border with Afghanistan
Photographs: Reuters
It is said that Headley shared a lot of information with his handlers post 26/11. How grave a situation do you think this is for India?

This is a matter of investigation. Headley has spoken a lot to his interrogators and they have managed to get a lot of information from him about the manner in which operations have been carried out and how their modules function.

How much of an effect do you think Headley's arrest has had on terror groups like Lashkar and Al Qaeda?

It is not the end of the road for them. But it sure is a big blow to Al Qaeda and Lashkar.

Headley's arrest has deprived these groups of a good scout.

In Headley they had a lot of benefits. He could speak in several languages and the manner in which he could operate was very unique. They do not have many like him.

Hence, his arrest is a big blow to them although not the end of the road. 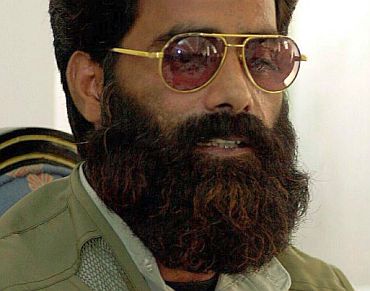 Image: Ilyas Kashmiri
Photographs: Reuters
What, according to you, has changed in the entire terror scenario post Headley's arrest?

Headley has been talking a lot and has been giving loads of information on the manner in which both Al Qaeda and the Lashkar operate.

However, the most important thing is the information that he has shared regarding Ilyas Kashmiri. This bit of information has helped agencies in India, Pakistan and the US realise the threat posed by Kashmiri.

Headley also goes on to reveal the importance of Kashmiri and what a threat he is to the world.

Headley also lists the manner in which both these organisations work and also how their modules function.

Overall, I think Headley was a prime catch for the agencies and will help nations fight the terror war more effectively in future.

'Headley ensured there was no mess up in his documents' 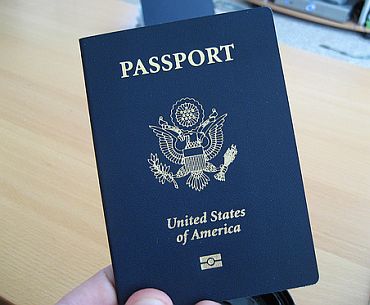 Headley slipped into India with ease on several occasions. What do you think made this job so easy for him?

Was there any support from the US agencies?

I cannot tell if there was any support for him from US agencies. The fact that he had a clean passport and a legitimate business made the job very easy for him.

He travelled on clean documents on various occasions and that didn't create any doubt for anyone.

Moreover, as I said earlier too, he was a good scout and his operations were unique in nature.

He ensured that there was no mess up in his documents. All these factors helped him carry out a smooth operation in India without getting noticed.

'Rana is a less important character' 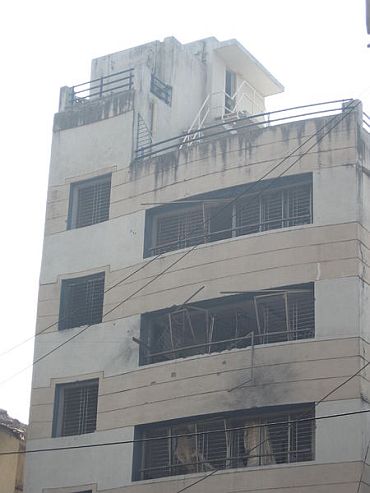 Image: Chabad House in south Mumbai, one of the 26/11 targets

It appears that Headley went about the reconnaissance by himself. Do you think this is correct or did he have local support in India?

I am not too sure about the people who he had with them. People who have interrogated him have said that he did not take any assistance.

However, that seems unlikely.

He had a legitimate business and many of those working in this set-up too have managed to immigrate into India. These factors need to be looked into.

The entire case needs to be seen as a whole since there was also talk that there were scouts such as Fahim Ansari in India who also did some part of the work.

Why has the name of Tawwahur Rana, which was prominent in the early part of the Headley investigation, vanished? What role did he play?

Rana is a less important character in this entire case. Headley has already pleaded guilty whereas the case against Rana is still going on and one needs to see what comes out of it.

As of now what we know is that Rana is the one who provided Headley with the infrastructure. It is too early to say anything much on Rana as of now since the case is still open against him.