Facing criticism in the wake of alleged rape incidents in Uttar Pradesh, Chief Minister Yogi Adityanath on Friday said those who even think of harming the women's self-respect will face total destruction. 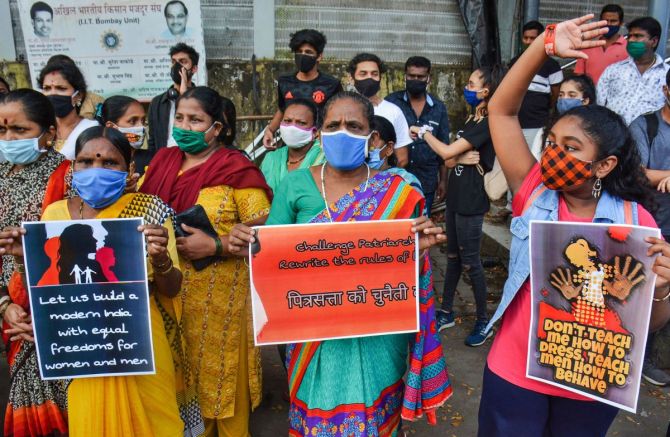 IMAGE: All India Democratic Women's Association members during a protest rally demanding justice for the Hathras victim, outside the gate of IIT Powai, in Mumbai, on Friday. Photograph: PTI Photo

Stressing that his government is committed to women's safety, Adityanath said such people will get an exemplary punishment.

The warning has come days after a 19-year-old Dalit woman was allegedly gang-raped in UP's Hathras by four men.

She died at Delhi's Safdarjung Hospital on Tuesday morning.

Similarly, another case of a Dalit woman's death after alleged rape surfaced in the state. The woman died in Balrampur on her way to hospital.

Taking to the Twitter on Friday, Adityanath said, 'Total destruction of those who even think of harming the self-respect of women in UP is inevitable.'

'They will get such a punishment that will set an example for future. The UP government is committed to the safety and development of mothers and daughters,' he said, adding that this is his government's 'resolve and promise'.

The Hathras woman had succumbed to severe injuries she suffered when she was allegedly assaulted by four upper caste men in the fields at her village in Hathras district on September 14.

She was cremated in Hathras in the dead of night with family members saying they were not allowed to bring the body home one last time.

But police claimed they had the family's consent for the cremation.

The hurried funeral triggered outrage with opposition parties and other groups attacking the Bharatiya Janata Party government in UP over the state of law and order. Referring to the two cases, Bahujan Samaj Party chief Mayawati demanded that UP Chief Minister Yogi Adityanath should be replaced or President's rule imposed in the state.

The Allahabad High Court too sent out summons to top Uttar Pradesh officials over the Hathras incident.

The Congress staged a dramatic protest, leading to the detention of Rahul Gandhi and Priyanka Gandhi Vadra.

The two leaders were detained by UP police in Greater Noida, just outside Delhi, when they insisted on marching to Hathras to meet the family of the 19-year-old woman.

Source: PTI  -  Edited By: Utkarsh Mishra© Copyright 2020 PTI. All rights reserved. Republication or redistribution of PTI content, including by framing or similar means, is expressly prohibited without the prior written consent.
Related News: Yogi Adityanath, Hathras, UP, All India Democratic Women's Association, PTI Photo
SHARE THIS STORY
Print this article

Govt to give plot, job to Balrampur victim's kin: MLA 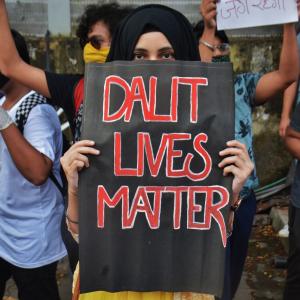 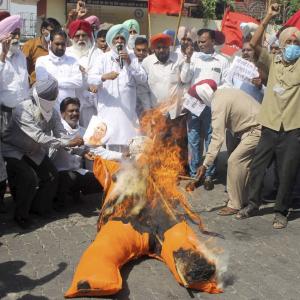