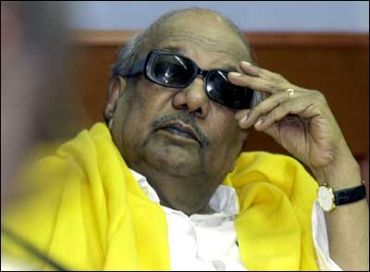 Key United Progressive Alliance ally Dravida Munnetra Kazhagam on Sunday said it would not nominate any party representative to the Union ministry to fill vacancies in case of a Cabinet reshuffle.

DMK chief M Karunanidhi put at rest any questions of inducting party MPs into the ministry in a possible Cabinet reshuffle, saying the party would not nominate any candidate.

"If there are any changes in the Union Cabinet in a reshuffle, DMK will not nominate anyone," he said in party mouthpiece 'Murasoli'.

The DMK is now the largest ally of the UPA with 18 MPs after the exit of Trinamool Congress.

Karunanidhi's statement comes five days after Minister of State in PMO V Narayansamy called on him as the prime minister's emissary with the offer of induction of DMK MPs into the Cabinet. The DMK patriarch had reportedly turned down the offer.

The DMK's quota of two Cabinet portfolios are vacant after the exit of A Raja and Dayanidhi Maran over the 2G spectrum allocation scam.

DMK, which lends crucial support to the UPA, has not been pressing for induction of its party men into the Cabinet.

Karunanidhi had given enough hints earlier when he said such issues are only discussed at the key decision-making bodies of the party like executive or general council. 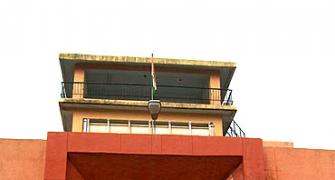 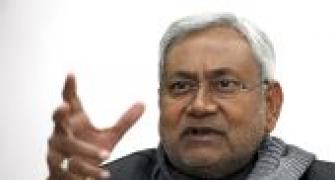 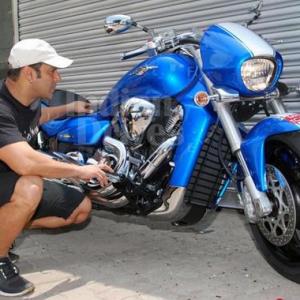