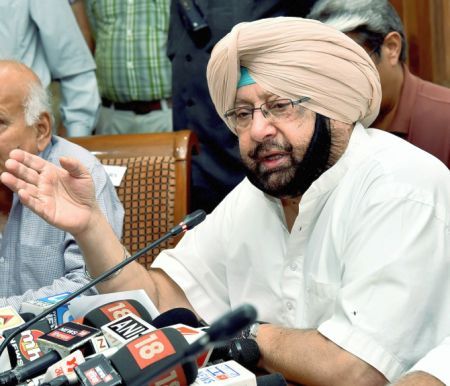 Security has been beefed up in Punjab ahead of pronouncement of quantum of sentence in the rape case against Dera Sacha Sauda chief Ram Rahim Singh on Monday, Chief Minister Amarinder Singh said on Saturday.

He said no loss of life was reported in any of the minor incidents reported in some parts of Punjab after the Dera chief was convicted by a Central Bureau of Investigation court at Panchkula in Haryana.

Following the conviction of the sect head on Friday, at least 36 people were killed and 250 injured in widespread violence, arson and police firing in Haryana.

Curfew has been lifted in three districts of Punjab and relaxed in the other areas, Amarinder said, but made it clear there would be no let-up in security in the state till after the pronouncement of quantum of sentence in the case.

He said his government would not allow anyone to spread bad blood in Punjab and if needed, curfew would be reinforced in sensitive areas of the state on Monday.

Asserting that he would personally ensure peace in the state as long as he is in charge, the chief minister said it has been decided that ban on mobile data services would be
extended till Tuesday.

Nineteen potential trouble-makers have been taken into preventive custody and the crackdown would continue ahead of the sentencing, he told reporters, adding that many main leaders of the sect, who may instigate the followers, are being arrested.

Informing the media about the law and order situation in the state in the wake of Friday’s violence at Panchkula after Ram Rahim was convicted of rape by a CBI court, the Punjab chief minister said there had been no trouble anywhere since Friday night.

According to an official spokesperson security has been beefed up at central and state government offices, railways, other important buildings and public properties for Monday.

Patrolling in sensitive areas has been intensified, more checkpoints have been put in place and round-the-clock checking is in progress, the spokesperson said, adding flag marches were being conducted by paramilitary and police personnel in many areas.

“Dera followers would not be allowed to gather at ‘Naam Characha Ghars’. Additional security forces have been deployed in sensitive areas with large number of Dera supporters and patrolling has been strengthened,” the spokesperson said.

The Punjab chief minister expressed grief on the death of seven persons from Punjab in Panchkula violence, but made it clear that there was no loss of life in any of the minor incidents reported in some parts of the state on Friday.

Citing the data received from Haryana so far, Amarinder said 45 of the people injured in that violence were from Punjab and preparations have been made for cremation of the seven killed in the violence.

The DCs have been authorised to take decisions on enforcement of curfew in their respective districts, keeping in mind the situation on the ground, he said.

The chief minister, who earlier held a review meeting with top administrative and police officials to assess the law and order situation, said that 39 criminal cases have been registered against perpetrators of violence in the state.

Around 52 minor incidents had been reported from parts of the state, with no loss of life or extensive damage anywhere, he said.

Responding to a question, Amarinder said he had directed the officials concerned to make a list of the property damaged in Friday’s violence and his government would submit the same to the Punjab and Haryana high court, which has directed that the cost of any such damage be recovered from the Dera.

The chief minister, who was planning to visit some of the affected areas of Punjab on Monday, said Haryana’s main fault was its failure to prevent gathering of such a large crowd in Panchkula and condemned attacks on the media during the violence in Panchkula on Friday.

Reacting to Haryana’s reported allegation that Punjab did not stop vehicles carrying Dera followers from reaching Panchkula, Amarinder said the Haryana government, at no point in time, approached the Punjab on this issue.

He said there had been no contact between him and Haryana Chief Minister Manohar Lal Khattar although the Punjab DGP had been in regular touch with his counterpart there.

All intelligence inputs received by the Punjab police had been shared with Haryana, the chief minister said.

Amarinder said he had spoken and written to Union Home Minister Rajnath Singh and his government had also taken up the issue of additional safety for Punjab on August 13, giving everyone ample time to ensure fool-proof security.

To a question on restoration of trains and bus services in the state, he said it would depend on how soon Haryana is able to control the situation since the transportation had to pass through that state.

Punjab had no objection to restoration of bus and train services, Amarinder said. 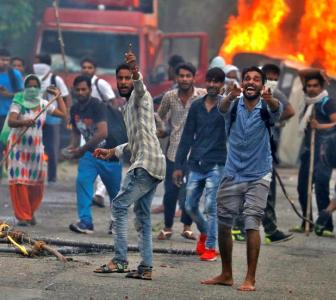 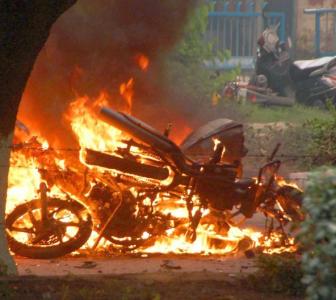 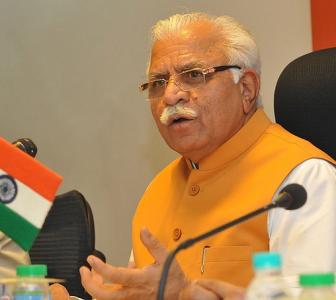 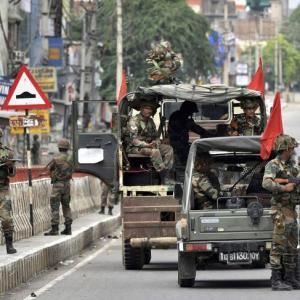 Ram Rahim case: CBI judge to be flown to Rohtak jail to hand down sentence 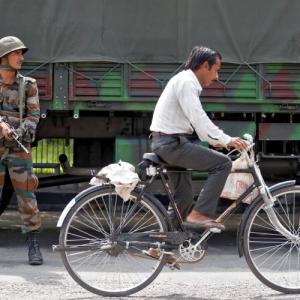 No milk, vegetables or petrol: Normal life comes to standstill in Sirsa