Cong-NCP will sit in Oppn: Pawar rules out tie-up with Sena

Nationalist Congress Party president Sharad Pawar on Wednesday asked the ruling Bharatiya Janata Party and Shiv Sena to form government in Maharashtra at the earliest, and asserted that his party and its ally Congress will work as a 'responsible opposition'. 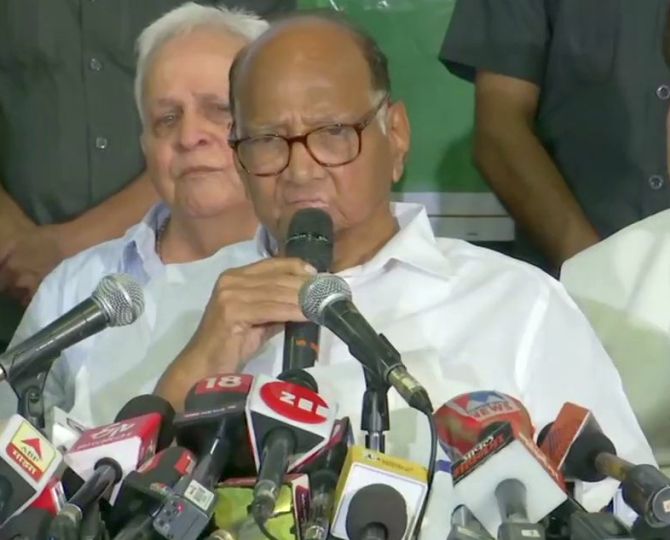 Addressing a press conference in Mumbai after meeting senior Shiv Sena leader and Rajya Sabha MP Sanjay Raut, Pawar ruled out joining the Uddhav Thackeray-led party in government with the outside support of the Congress, an idea making rounds in political circles for the last few days.

"Where is the question (of a non-BJP government)?" he asked, saying the BJP and the Shiv Sena have been in alliance for 25 years, and they 'will come together sooner or later'.

"If we had the numbers, we wouldn't have waited for anyone (for government formation). The Congress and NCP didn't cross the 100 mark...we will work as a responsible opposition," said the 78-year-old political stalwart.

Noting that the BJP and Shiv Sena have got the mandate to rule, he said, "They should form the government at the earliest and not allow the state to slip in a constitutional crisis. They should allow us to fulfil the mandate assigned to us by people (to sit in opposition)."

On his discussion with Congress president Sonia Gandhi in New Delhi on Monday over the issue of supporting the Shiv Sena, he said, "The Congress and NCP fought the election in alliance.

"We want all decisions about the political situation to be taken by consensus. I am not aware what is the decision of the Congress."

The Maratha strongman also dismissed speculation that he may return as the state's chief minister.

"I have been the chief minister four times and have no interest again," he said.

Asked about senior Congress leader Ahmed Patel's meeting with Union Transport Minister and BJP leader Nitin Gadkari in New Delhi on Wednesday, Pawar declined to attach any political significance to it, saying, "It must be about some road work."

Pawar, a Rajya Sabha member, also said Raut met him in Mumbai on Wednesday to discuss issues to be jointly raised in the Upper House during Parliament session beginning on November 18.

On Raut claiming the Shiv Sena will install its chief minister with the support of 170 MLAs, Pawar wondered from where the party will manage to get this number.

"I have read about him talking about (backing of) 170 (MLAs to the Shiv Sena for government formation). We are also searching from where they will be cobbled up," the former Union minister said.

A journalist asked Pawar whether the results of the October 21 Maharashtra assembly poll have changed the perception that BJP chief Amit Shah ensures formation of government in a state whether or not the party has majority.

Responding, the NCP chief said, "If he is an expert, then like you (the media), we are also waiting to see the skills of the expert."

Meanwhile, responding to Pawar's statement asking the BJP and Shiv Sena to form government at the earliest, Raut said, "He is right. The party with 105 MLAs should form the government."

The NCP on Tuesday said a political alternative can be worked out in the state only if the Shiv Sena declared that it had snapped ties with the BJP.

Sources in the NCP said their party wants Arvind Sawant, the lone Shiv Sena minister in the Union government, to resign before going ahead further with the Uddhav Thackeray-led party.

The term of the existing state assembly expires on November 9.

The BJP, which won 105 seats, and the Shiv Sena, which bagged 56, are locked in a bitter tussle over sharing of the chief minister's post and ministerial portfolios in new government, even two weeks after the assembly poll verdict handed them a clear majority to form a coalition dispensation.

Besides, the opposition NCP won 54 seats, while the Congress got 44.

The Sena had called off a meeting to hold formal talks with the BJP on October 29 after Chief Minister Devendra Fadnavis rejected Thackeray's claims that a formula had been 'agreed upon' on 'equal sharing of power' between the parties ahead of the April-May 2019 Lok Sabha polls.

High-profile meetings in New Delhi on Monday between Pawar and Sonia Gandhi, and the one between Chief Minister Devendra Fadnavis and BJP chief Amit Shah failed to give any indication of breaking the logjam over government formation.

Raut has time and again said the state's next chief minister will be from his party. However, the BJP has insisted that Fadnavis will continue in the post.

Congress leader Ashok Chavan on Wednesday said his party and the NCP will jointly decide their future course of action if a BJP-Shiv Sena government is not formed.

Talking to reporters in Mumbai, the former Maharashtra Chief Minister said mandate in the October 21 election was for the Congress-NCP combine to sit in the Opposition.

No party has got a majority in the assembly polls and that is why the Congress feels the BJP shouldn't be in power, Chavan said.

"The state has suffered a lot in the last five years. Farmers are in crisis...the economic situation is not good," added the newly-elected MLA from Bhokar in Nanded district.

Asked about the possibility of his party supporting a Shiv Sena-led government, the former Maharashtra Pradesh Congress Committee president said the Congress and the NCP will jointly decide their future course of action if a BJP-Sena government is not in place in the coming days.

Leader of Opposition in the outgoing assembly Vijay Wadettiwar of the Congress claimed 90 per cent MLAs of his party feel the BJP shouldn't form the next government.

Meanwhile, Maharashtra Congress president Balasaheb Thorat and other senior leaders held a meeting in the evening and discussed the prevailing political situation in the state.

According to sources, some Congress legislators and leaders may visit New Delhi to convince the central leadership about the need to keep the BJP out of power and support the Shiv Sena if such a situation arises.

A section in the Maharashtra Congress has favoured backing the Uddhav Thackeray-led party in government formation to keep the BJP out of power in the state.

However, the Congress central leadership has not yet warmed up to this idea.

Besides, Thorat and Chavan, the meeting was attended by state Congress leaders like Wadettiwar, Vishwajit Kadam, Amit Deshmukh, Nitin Raut, Hussain Dalwai and Yashomati Thakur, among others. 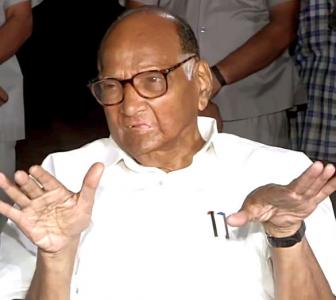 Mandate to sit in Oppn but...: Pawar after meeting Sonia 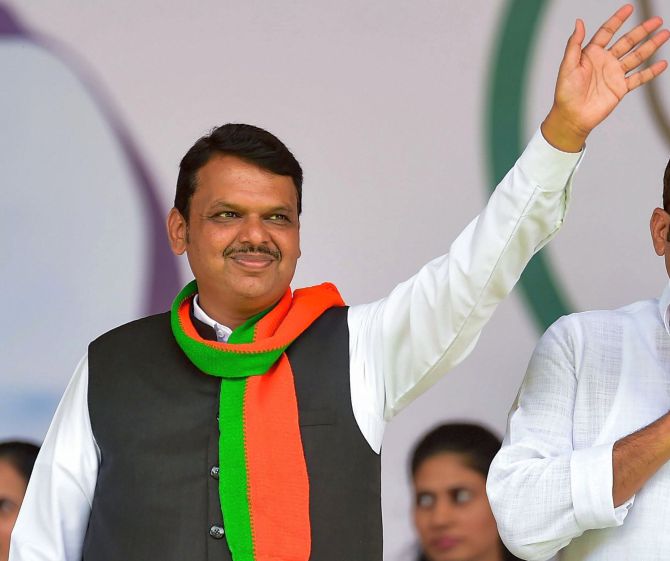