Will raise human rights: US envoy-designate to India

Los Angeles Mayor Eric Garcetti on Tuesday was questioned by lawmakers weighing his nomination to become the ambassador to India. 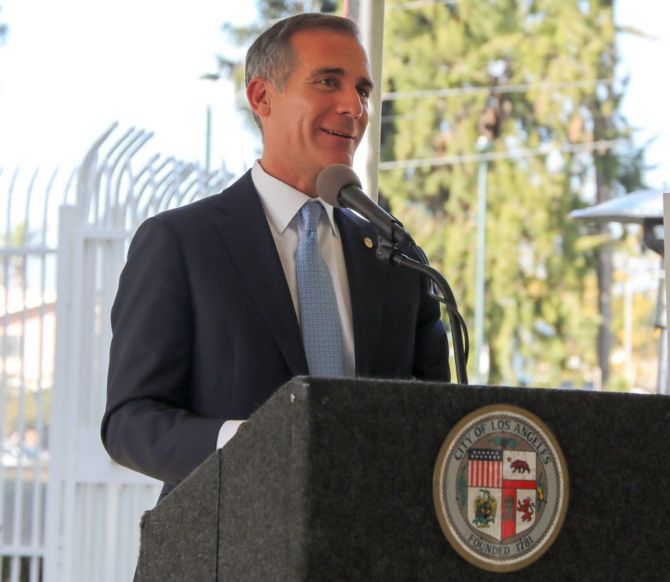 Garcetti during his testimony gave a statement followed by questions from lawmakers of the Senate Foreign Relations Committee.

"Few nations are more vital to the future of American security and prosperity than India," Garcetti told the committee.

The Senate Foreign Relations Committee chaired by Sen. Robert Menendez, a Democrat lawmaker from New Jersey, along with only a handful of Democrats and two Republicans, stressed how Washington sees India as a key partner in its effort to push back against China's expanding power and influence.

"If confirmed, I will endeavour to advance our ambitious bilateral partnership united by a free and open and inclusive Indo-Pacific region," Garcetti said in his remarks.

"If confirmed, I intend to double-down on our efforts to strengthen India's capacity to secure its borders, defend its sovereignty, and deter aggression - through information sharing, counterterrorism coordination."

Garcetti told the committee about his travels to India including his first visit with his parents as a teenager, then again in 1990 as a guest of Ambassador William Clark Jr., whose son was Garcetti's college roommate.

He said his trip in the 90s inspired him to study Hindi and Urdu in college, as well as Indian and Cultural Religious History.

"Even with a pandemic, our bilateral trade this year is expected to break a record, and if confirmed, I intend to champion an ambitious economic partnership with India to reduce market barriers, bolster free trade and generate good, middle-class American jobs," Garcetti added.

Known to be President Joe Biden's close aide, Garcetti is a political appointee who in the past has served as a co-chair of Biden's presidential campaign. Announcing his nomination, the White House emphasized Garcetti's role in co-founding the bipartisan "Climate Mayors" network and in leading more than 400 US mayors to adopt the Paris Climate Agreement.

During his remarks, the LA Mayor highlighted his experience combating climate change in Los Angeles, which includes putting the city on a track to reach 100 per cent renewable energy by 2035.

Garcetti said he would work with India on a "similarly bold approach to promoting green energy."

Several senators asked Garcetti how he would work to address the India-Russia relationship, since Russia continues to be an important player, maintaining the dominance of about 70 per cent of the Indian defence inventory, referring to India acquiring the S-400s from Russia, despite the threat of Countering America's Adversaries Through Sanctions Act (CAATSA) sanctions

"If confirmed, though, I would advocate following the continued diversification of India's weapon system, the threats to our own weapon systems if that diversification doesn't occur, because we have to protect our data and our systems and work towards really growing this Major Defence Partnership," Garcetti said in his testimony.

The Mayor was also questioned on the human rights in India, noting the much talked about the citizenship amendment act.

Garcetti highlighted his master's degree in Human Rights and International Law and said human rights would be a "core piece" of his engagement with India.

"And human rights, defence of democracy is a pillar of our foreign policy but to answer specifically, if confirmed, I will actively raise these issues or raise them with humility. It's a two-way street on these, but I intend to engage directly with civil society," the LA mayor added.

As predicted Garcetti also faced questions about criticism that he and his top aides failed to address allegations of sexual harassment by his former top advisor, which he once again denied. "I want to say unequivocally that I never witnessed, nor was it brought to my attention, the behaviour that's been alleged, and I also want to assure you if it had been, I would have immediately taken action to stop that," he said during the hearing which lasted under two hours.

The LA mayor testified alongside two other nominees for diplomatic posts: Donald Armin Blome, who has been nominated to lead the embassy in Pakistan, and Amy Gutmann, the president's pick for ambassador to Germany. The meeting adjourned without a vote, and the committee's chair submitted additional questions that will be answered Tuesday and Wednesday by Garcetti.

Once approved by the senate foreign affairs committee Garcetti's nomination will go to the full Senate. A simple majority is needed to pass, but Republicans have stalled the confirmation process by putting a "hold" on nominees.

According to sources, the White House strongly considers Garcetti to have a steady hand to guide the India-US relationship.

Garcetti, a Biden loyalist, is serving as mayor of Los Angeles since 2013. He has a master's degree in international affairs from Columbia University and studied international relations as a Rhodes scholar at Oxford University.

The White House statement released earlier this year said Garcetti had spent 12 years as an intelligence officer in the US Navy Reserve Component, serving under the commander of the US Pacific Fleet and with the Defense Intelligence Agency, before retiring in 2017 as a lieutenant. 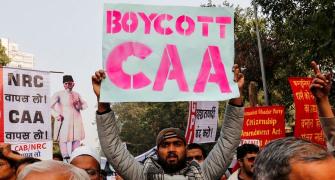 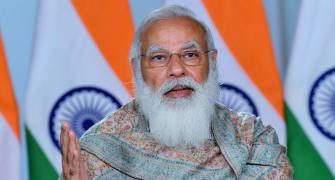 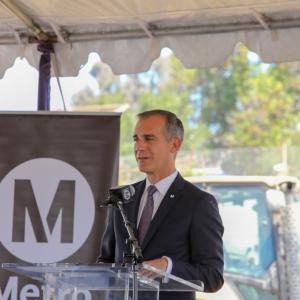 What makes Eric Garcetti the right pick as US envoy