Will not allow Karnataka govt to function: Yeddyurappa

Eager to stall the presentation of an election budget by the state government headed by Jagadish Shettar, B S Yeddyurappa's Karnataka Janatha Party is holding its executive committee meeting in Bangalore on Friday to finalise 'an action plan' to bring down the first Bharatiya Janata Party government in the south.

"We may not allow this government to present the budget. We will finalise an action plan to bring down the Shettar government at the KJP executive meeting slated for Friday," said Yeddyurappa, who recently quit the BJP to head the KJP.

According to indications from the Chief Minister's Secretariat, Shettar plans to present the 2013-14 budget on February 8, ahead of the assembly polls due in May this year.

Talking to reporters on Wednesday night, Yeddyurappa claimed that the state government was "dead". People who met him during his tour of the state had demanded that it be not allowed to continue, he said, adding he was cobbling up the required number of BJP Members of Legislative Assembly to topple the government.

Yeddyurappa, who quit the BJP in December, has been working overtime to ensure that more than 20 MLAs and a few ministers, loyal to him, resign en masse.

"How many MLAs will remain with BJP is the question now," he quipped.

"I am very clear that we should not allow this government to continue," said Yeddyurappa, who was instrumental in installing the BJP government in 2008.

He claimed that his successor and friend-turned foe D V Sadananda Gowda and the incumbent Shettar have pushed Karnataka to the 11th slot in development list in the last one-and-half years, which was in the second spot under his leadership.

Yeddyurappa, on the second leg of his state-wide tour, said he planned to enroll nearly 25 lakh members in his fledgling party. 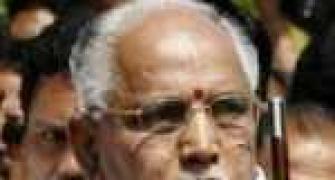 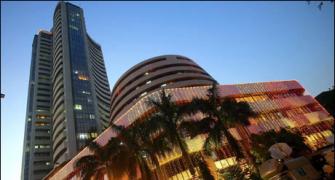 Party on the bourses to continue this year 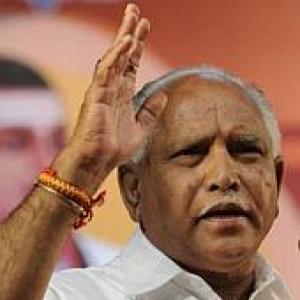