News
Business
Movies
Sports
Cricket
Get Ahead
Money Tips
Shopping
Sign in  |  Create a Rediffmail account
Rediff.com  » News » Will Nitish Kumar do a volte-face again? All eyes on Bihar

Will Nitish Kumar do a volte-face again? All eyes on Bihar

All eyes in Bihar were now on the meetings called by Chief Minister Nitish Kumar's Janaat Dal-United and the opposition Rashtriya Janata Dal, of their respective legislators, which have triggered speculations of seismic political developments in the state. 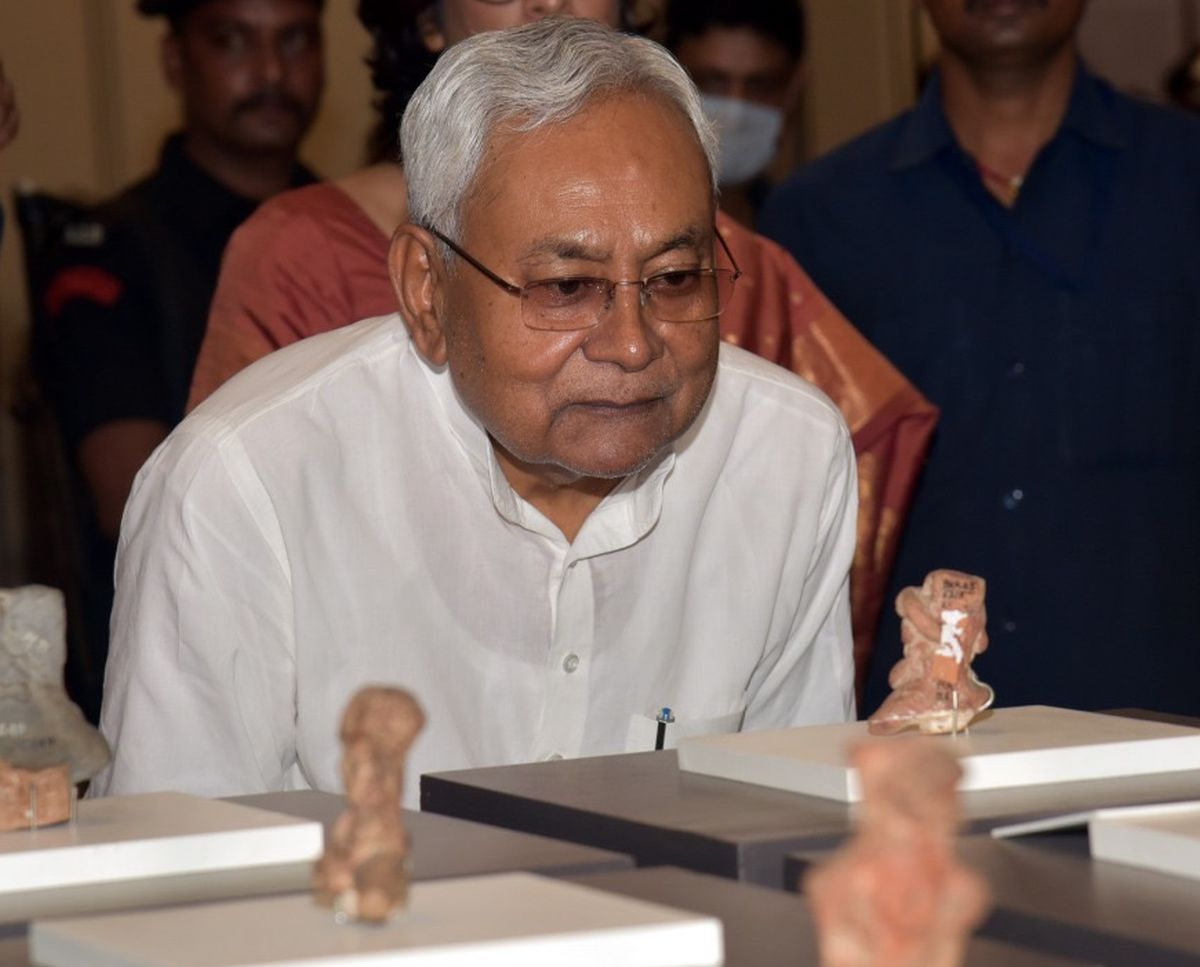 However, those appearing to be in the know of things in both parties insisted that notwithstanding hectic political activity that continued till late Monday evening, a dramatic realignment was not on the agenda of the meetings that will commence simultaneously, right across the street from each other.

"I do not see a crisis in the NDA. The chief minister held his Janta Durbar programme where so many BJP ministers were present. The meeting of JD-U legislators has been called to discuss the fallout of the exit of a senior leader," state minister Vijay Kumar Chaudhary, one of the trusted aides of the Bihar CM, said, referring to the resignation of former JD-U national president RCP Singh.

"The senior leader, during his long stint in the party, must have built relationships with many members. Now that he has quit after an explanation was sought from him, a need is being felt to know how other senior leaders look at the episode. Tomorrow's meeting will provide an opportunity," said Chaudhary, a former assembly speaker who currently holds parliamentary affairs portfolio in the state cabinet.

Attempts are evident in the JD-U to downplay the impact of the unceremonious exit of RCP Singh, who has been Nitish Kumar's close associate in various capacities for nearly three decades.

The party shared with the press statements issued by its units in states like West Bengal, Manipur, Tamil Nadu, Madhya Pradesh and Chhattisgarh reaffirming their trust in Nitish Kumar, dismissing RCP Singh as someone who had made "little contribution to the party" and commending the JD-U leadership for having shown the gumption to question one of its top leaders when allegations of corruption were levelled against him by cadres.

RJD state president Jagadanand Singh also expressed annoyance over constant speculations about a fresh tie-up with Nitish Kumar and asserted "we have made no such proposal nor have we received any such proposal".

"Our meeting tomorrow has not been necessitated by the rumblings in the NDA. It was scheduled much earlier and the leader of the opposition Tejashwi Yadav wants to have a one-to-one conversation with MLAs, many of whom have been lax in carrying out the party's membership drive which is vital to strengthen the organisation," Singh said.

Meanwhile, a party communication also stated that founding president Lalu Prasad and heir apparent Tejashwi Yadav have been "authorised to take all decisions on behalf of the RJD and all views aired by other honourable members shall be deemed their personal opinion".

The BJP showed remarkable restraint with all its hotheads, who abound in the state unit, kept on a tight leash.

Party leaders met closed doors at the houses of Deputy CM Tarkishore Prasad and assembly Speaker Vijay Kumar Sinha late in the evening though none came out with a word on what transpired.

The Congress, principal rival of the BJP nationally but a spent force in Bihar, also went into a huddle.

"All party MLAs have unanimously resolved to support the new formation that comes into being if Nitish Kumar breaks away from the BJP," AICC secretary and MLA Shakil Ahmed Khan said.

AICC in-charge Bhakt Charan Das, who is on a scheduled visit, expressed similar sentiments prior to the legislature party meeting but said "no idea" when asked about reports that the Bihar CM has spoken over phone to Sonia Gandhi and sought an appointment on August 11.

Allies since the 1990s, the JD-U and the BJP have in the recent past squabbled on issues ranging from Agnipath, caste census, population law and ban on loudspeakers.

Although JD-U supported the NDA candidates in presidential and vice presidential polls, Nitish Kumar's absence at a number of functions related to these and his decision to skip Sunday's NITI Aayog meet, coupled with his silence amid the political standoff, has kept political watchers on tenterhooks. 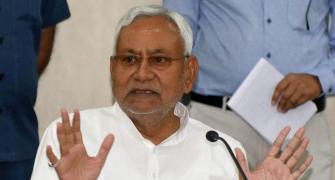 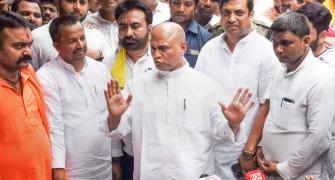 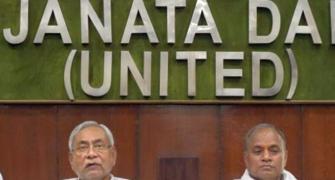 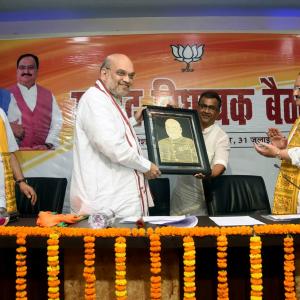