Pakistan on Wednesday said it would "immediately enforce the sanctions" imposed by the United Nations on Jaish-e-Mohammed chief Masood Azhar and agreed to his listing after all "political references", including attempts to link him to the Pulwama attack were removed from the proposal. In a major diplomatic win for India, the United Nations designated Pakistan-based Azhar as a "global terrorist" after China lifted its hold on a proposal by the US, the UK and France to blacklist him.

The US, the UK and France had moved the proposal to designate Azhar as a "global terrorist" in the UN Security Council's 1267 Al Qaeda Sanctions Committee in February, just days after the deadly Pulwama terror attack carried out by the JeM in
Jammu and Kashmir.

"Formal action will be taken on three counts: travel ban, arms embargo and travel restrictions. That is the requirement...Pakistan is a responsible state and we will take appropriate action," he said.

The spokesman said Islamabad rejected earlier proposals to list Azhar as terrorist as those efforts had a political agenda and aimed at maligning Pakistan.

"Pakistan maintains that terrorism is a menace to the world...the UNSC 1267 Sanctions Committee listing is governed by clear rules and its decisions are taken through consensus...Pakistan has always advocated the need for respecting these technical
rules and has opposed the politicisation of the committee," Faisal said.

"Earlier proposals to list Azhar failed to generate the requisite consensus in the Sanctions Committee as the information did not meet its technical criteria...These proposals were aimed at maligning Pakistan...and were thus rejected by Pakistan," he
said, noting that "the current listing proposal has been agreed after all political references, including removal of attempts to link it with Pulwama".

Faisal asserted that the UN decision "will not impact the struggle of Kashmiris and Pakistan would continue to support them".

Pakistan will continue to extend diplomatic, moral and political support to the Kashmiris, he said.

The spokesman said the recent listing proposal was presented on the basis of considerations beyond the listing parameters. As a result, a technical hold was placed by China, Islamabad's all-weather ally, to bring it in line with the listing criteria.

A veto-wielding permanent member of the UN Security Council, China was the sole hold-out in the 15-nation body on the bid to blacklist Azhar, blocking attempts by placing a "technical hold" and asking for "more time to examine" the proposal.

Faisal said the current decision was based on consensus and Pakistan's concerns were addressed after consultations with China.

He also rejected the UN's move as a "victory for India and validation of its stance" as projected by the Indian media.

Claiming that Indian media reports were "misleading", Faisal said the decision by the UNSC was in line with the vision of Prime Minister Imran Khan to not allow any terror group to operate in Pakistan. 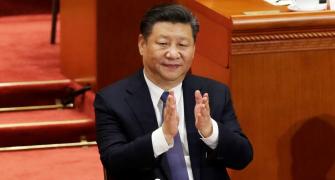