Why the Chinese Need To Worry

In the two years since the PLA's intrusions into Eastern Ladakh, the Border Roads Organisation is sparing no effort to build and upgrade road highways from Tezpur to the McMahon Line, reports Ajai Shukla. 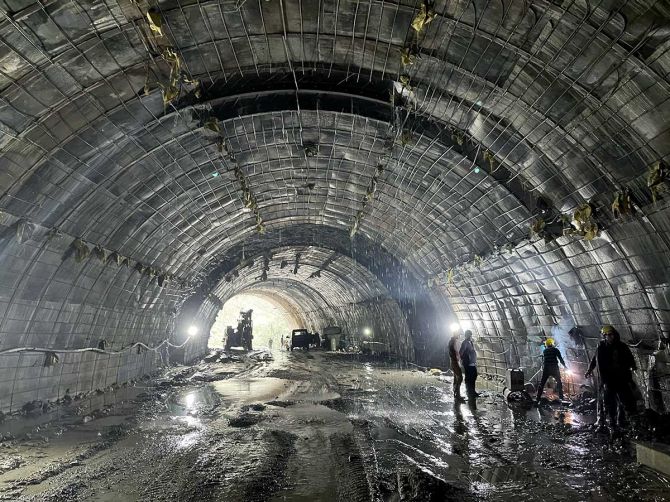 IMAGE: The Border Road Organisation conducts a final blast of the Nechiphu Tunnel at the height of 5,700 feet in Nechiphu, West Kameng district, Arunachal Pradesh, May 20, 2022. Photograph: ANI Photo

The road from Tezpur, in the Brahmaputra Valley in Assam, to the border town of Tawang is one of India's most strategic border roads.

In the 1962 War with China, when it was barely a Jeep track, the Indian Army made little use of it to build up troops on the border, whereas People's Liberation Army's assault units used it to rush their forces all the way to Assam.

In the two years since the PLA's intrusions into Eastern Ladakh, the Border Roads Organisation (BRO) is sparing no effort to build and upgrade road highways from Tezpur to the McMahon Line.

On May 20, 2022, the BRO conducted the final 'break through blast' to mark the completion of excavation work on the Nechiphu Tunnel on the Tezpur-to-Tawang road, which will allow it to be used even in the extreme fog that gathers there for months at a stretch.

'The tunnel has been conceived to bypass extreme foggy conditions prevailing around Nechiphu Pass, which have caused hindrance to general traffic and military convoys for many decades,' the ministry of defence stated. 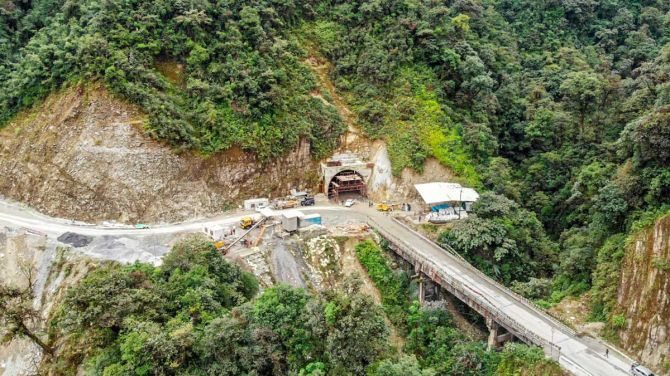 Defence Minister Rajnath Singh laid the foundation stone of the Nechiphu Tunnel in October 2020, and the BRO chief pulled the trigger from New Delhi on the last of the blasting work on May 20.

'The Nechiphu Tunnel, at an altitude of 5,700 feet, is a unique 500-metre-long, D-shaped, single-tube, double-lane tunnel on the Balipara-Charduar-Tawang Road in West Kameng district,' the BRO stated.

'The tunnel will accommodate two-way traffic and will be equipped with modern lighting and safety facilities,' the BRO added. IMAGE: The Sela Tunnel project, a bi-lane road tunnel at an altitude above 13,000 feet was at the final stage of completion, in West Kamang, Arunachal Pradesh, October 22, 2021. Photograph: ANI Photo

Alongside work on the Nechiphu Tunnel, the BRO has also completed excavation in January on the strategic Sela Tunnel Project on the same road.

The Sela Tunnel has twin tubes, one measuring 1,555 metres in length and the other 980 metres. The May 20 blast marks the cumulative excavation of more than 4,500 metres of tunnel work achieved by the BRO in less than two years.

'It will also accommodate raised footpaths on both sides for safer pedestrian movement,'' the ministry added, which will have ducts for power cables, optical fibre cables and utility lines to strengthen the civic amenities infrastructure.' 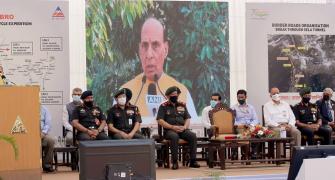 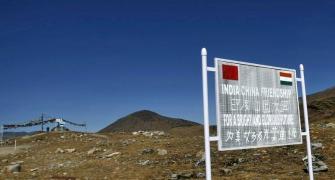 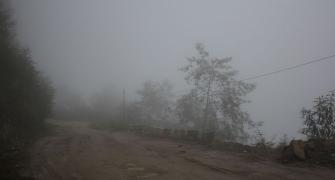 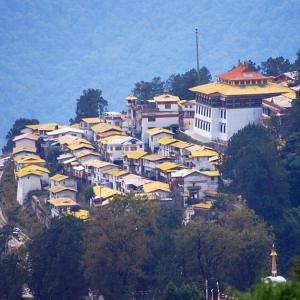 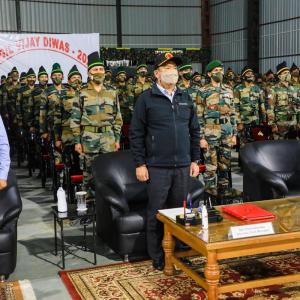