Despite the 1962 China scar, Tawang is flourishing

The flourishing town, with restaurants selling everything from noodles to dosas and locals returning home to new business prospects, shows little sign of the tension building up at the border about 40 km away to the north.

For visitors driving into Tawang, a quiet little town of lumber and brick houses with sloping tin roofs built haphazardly around a winding road, it's hard to believe that one of India's most decisive post-independence battles was fought here 59 years ago. 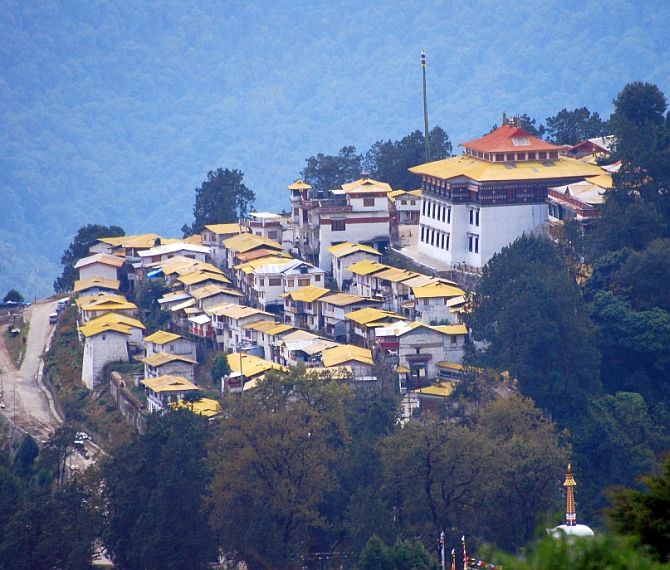 Tawang wears its history -- and also its present -- with ease. The flourishing town, with restaurants selling everything from noodles to dosas and locals returning home to new business prospects, shows little sign of the tension building up at the border about 40 km away to the north.

The giveaway is the fleeting presence of convoys of troops being sent to guard the icy Himalayan heights at the border with China, India's northern neighbour which attacked Tawang in 1962. Nearly 800 Indian troops were killed and 1,000 captured in the hotly contested but unequal combat.

China has been building military infrastructure not too far from the border over the last decade. This includes new highways, military posts, helipads and missile launching sites on the Tibetan plateau, all of it overlooking Tawang, which stands at a height of 10,000 feet and is about 445 km from the Arunachal capital Itanagar.

According to military sources, patrolling by Indian troops has been intensified along the Line of Actual Control in response to doubling of patrolling and at times "inadvertent" transgressions by the Chinese on the snow-laden mountain borderline between the two Asian giants.

The centre of the town is the ancient Tawang monastery built in 1680 that sits on a craggy height overlooking the township of 14,000 people, mostly Buddhist Monpas and Tibetans with a sprinkling of Nepali, Marwari, Assamese and Bengali residents.

Despite the tension on the border with China and the fact that it is but a three hour, sometimes less, drive from the border, Tawang seems blissfully oblivious to its strategic position.

The number of hotels has increased from five in 2016 to 20 and more are being built. Restaurants are mushrooming, dishing out noodles and also hilsa fish cooked Bengali style and dosas. Shops are laden with Chinese imports through Nepal, army surplus stock and the latest in fashion are flourishing.

Lhamo Yangzom, a London-trained lawyer who has come back to Tawang, is even contemplating setting up a ‘futsal', a mini football stadium.

"Business is doing well, fuelled by money from construction and road building projects and the influx of more troops. Youngsters are returning home after being exposed to big cities in India and abroad and are starting new departmental stores, tourist companies and hotels. I myself am contemplating setting up a futsal," Yangzom told PTI.

However, somewhere in the background the ‘Chinese dragon' continues to lurk in the minds of people.

"Sometimes I get only Chinese FM on my car radio while driving, I don't know how that happens. Sometimes the phone shows that the pictures I have taken of a lovely mountain or a waterfall are somewhere in China! … almost as if someone is watching us all the time," Yangzom said.

The past carries into the present in the recollections of those who remember the fall of Tawang in October 1962.

"We heard the guns booming and decided that we needed to shift to safety," said Tsewang Dhondup, former MLA of Tawang, then just five years old.

"Our ponies were grazing at a pasture below, so my father went to round them up and join us in our march to Bomdila, south of Tawang. We started before the town fell. An escaping Indian soldier sheltered with my father for a night," Dhondup told PTI.

When the Dhondup family heard that Indian defences had crumbled at Sela, another ice-bound high mountain ridge between Tawang valley and Bomdilla, they joined the panic-driven hordes that marched to Assam for safety.

On October 23 that year, Chinese forces, about 16,000 strong, encircled Tawang after overwhelming underprepared Indian troops at Thagla Ridge and Bumla Pass, the borderline with Tibet. While Tawang is about 35 km from Bumla pass, it is about 70 km from Sela pass.

The bombardment of Indian positions manned by two infantry regiments -- 1 Sikh and 4 Garhwal Rifles --- and an artillery detachment, began as night fell that fateful day.

Given the superiority in numbers, and the fact that the Chinese had encircled the town taking the high ground behind, meant the fall of Tawang was inevitable the very next day.

Tashi, a Tawang footballer, said his father walked all the way to Passighat, a walk of over 650 km over difficult mountain terrain, tropical forests and tea gardens.

Others in the Tawang district, wedged between the Himalayan ranges of Tibet and Bhutan, fled to the mountain kingdom while a few daring ones stayed back.

Said Lama Thupten Tsering, of the Tawang Monastery, "Most Lamas (Buddhist monks) ran away as the Chinese PLA has a history of being anti-religion … however 20-30 of them remained."

According to analysts, the Chinese, as part of a pre-planned strategy, wooed the few who remained and did not loot the monastery or the town, something they were notorious for in Tibet proper which they took over in 1950.

"The Chinese concentrated on Tawang (and a few other sectors) in what is today Arunachal Pradesh and was then called North East Frontier Agency as the sixth Dalai Lama of Tibet was born there and these regions were part of the cultural-religious area where Tibetan form of Buddhism held sway," said Major General Biswajit Chakravarty (Retd.), a security analyst with long stints in the Eastern command.

The McMohan line, which was agreed upon by the Dalai Lama's government based out of Lhasa and New Delhi in 1914, placed the border between India and Tibet on the Himalayan ridges. However, the Chinese, who exercised a nebulous over-lordship over Tibet but had withdrawn their token troop presence from there in 1912, never accepted this border settlement.

Somehow, despite the agreed upon border, the religious minded Monpas of Tawang continued paying tributes to the Dalai Lama as the British exercised light control over the remote region.

After India's Independence, the practice of paying tributes stopped after an Assam Rifles detachment and administrative officials were sent into Tawang. Ironically, according to locals, they were confused when the Indians said no tributes needed to be paid. Ultimately, a house tax of Rs 5 a year was levied to convince them that they were recognised as Indian citizens.

Military analysts hold that spies and fifth columnists were seeded into the valley long before the battle and China made logistical preparations for the 1962 war several years ahead.

Once the initial battle was over the Chinese quickly proceeded to build a road from the border at Bumla to Tawang in a record 40 days which they used to ferry in fresh troops and supplies for attacks further south.

Said Brig Niladri Shankar Mukherjee (Retd), secretary of the Kolkata-based think tank Research Centre for Eastern and North Eastern Regional Studies, "We were caught unprepared … after the bonhomie of the 1950s, we had never expected China to act in such a manner. It's (the 1962 war) a scar we still carry." 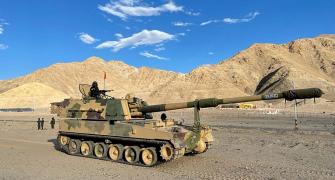 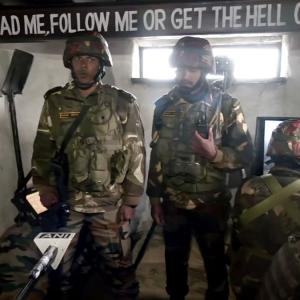 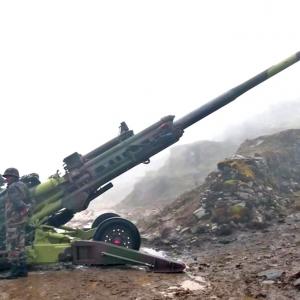