A new realignment should be expected in equations between the non-BJP, non-Congress parties and the government at the Centre. 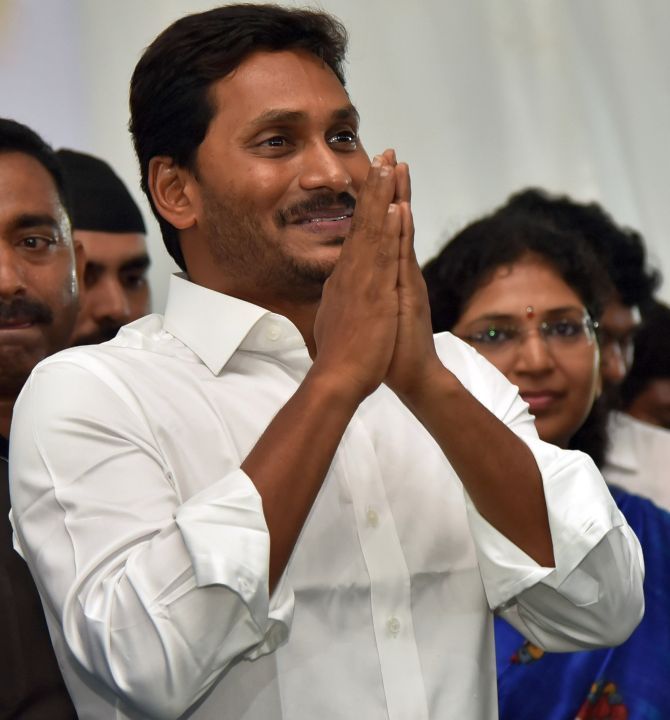 They were billed as kingmakers and groups that would make or break the future of the National Democratic Alliance and extract their due to support the candidature of Narendra Modi as prime minister.

But the Telangana Rashtra Samiti, the Biju Janata Dal, and the YSR Congress will now have limited utility in the National Democratic Alliance, which has emerged as the prime challenger to the governments in Telangana and Odisha.

The BJP kept its sword sheathed while campaigning in Telangana and Andhra Pradesh.

It targeted the Congress and the Telugu Desam Party as its primary enemy, letting off the TRS and the YSR Congress from any blame for misrule.

The contrast was even more stark in Odisha where throughout the election campaign the BJP attacked the Biju Janata Dal’s family rule, its inefficiency and corruption, but at the fag end of the campaign, as Odisha was grappling with the cyclone, Modi held a press conference with Chief Minister Naveen Patnaik, calling his handling of the cyclone ‘efficient’ and effective’.

This is despite the fact that for several days after the cyclone, the capital, Bhubaneshwar, was without water and electricity.

The BJP has now emerged as the principal opposition in Telangana.

Not only the chief minister’s daughter, K Kavitha, has been defeated from Nizamabad by the BJP’s Dharmapuri Aravind, but also the party has managed to win Karimnagar and Adilabad, while retaining the Secunderabad seat despite fielding a new candidate, G Kishan Reddy, who replaced former minister and MP Bandaru Dattatreya.

Kishan Reddy is expected to get a berth in the council of ministers.

In Andhra Pradesh, the BJP has not got a single seat in the assembly or an MP to the Lok Sabha from the state.

The consequence could be that the government led by YSR Congress’s Jagan Mohan Redy will be neutral towards the central government.

BJP chief Amit Shah has congratulated Reddy for his victory.

A new realignment should be expected in equations between the non-BJP, non-Congress parties and the government at the Centre. 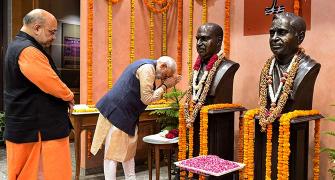