News
Business
Movies
Sports
Cricket
Get Ahead
Money Tips
Shopping
Sign in  |  Create a Rediffmail account
Rediff.com  » News » Why is Vadra not ready to face a probe like me, asks Gadkari in Mumbai

Why is Vadra not ready to face a probe like me, asks Gadkari in Mumbai

Source: ANI
October 31, 2012 12:38 IST
Bharatiya Janata Party President Nitin Gadkari on Wednesday defended all the charges levelled against him by RTI crusader and India Against Corruption activist Arvind Kejriwal, saying there have been repeated attempts to malign his reputation.

Addressing his supporters in Mumbai, Gadkari said he has no connections with Ajay Sancheti or Sharad Pawar.

"I have no business links with Ajay Sancheti or Sharad Pawar. Kejriwal's allegation that I grabbed farmers' lands is false. Farmers' land that I am accused of usurping is on the dais with me. I worked for the welfare of Vidharba farmers. I am a social entrepreneur," said Gadkari.

"The media tried to defame me over accidental deaths. The Congress is colluding with media houses to defame me. The cops, crime branch or CID have found nothing against me or the BJP. They tried to drag my name even in Adarsh scam. Efforts are on to defame me ever since I became BJP president. My conduct has been upright, I have never indulged in any kind of wrongdoing," he added.

Asserting that he was ready to face any inquiry, Gadkari also hit out at the ruling Congress party and asked them to initiate a probe against United Progressive Alliance chairperson Sonia Gandhi''s son-in-law Robert Vadra.

"I am ready for probe against all allegations; let Robert Vadra also face a probe. Why is Vadra not ready for an inquiry like me? Why is the Congress not investigating Robert Vadra? I will fight a legal battle and come out clean," he said.

Gadkari, who displayed a massive show of strength in the city, earlier received a rousing welcome on his arrival at the Mumbai airport.

Gadkari had earlier on Tuesday skipped a meeting with Karnataka party leaders as former chief minister BS Yeddyurappa remained firm on quitting the party ahead of next year's assembly polls.

Moreover, he also did not go to poll-bound Himachal Pradesh for a second round of campaigning.

The BJP president, who is facing allegations of dubious funding in companies controlled by him, has threatened to file civil and criminal cases against some media houses for ''defaming'' him and alleged that they were playing into the hands of the Congress.

Kejriwal had earlier this month accused Gadkari of having a huge business empire in Maharashtra, and alleged that the former and Nationalist Congress Party leader Ajit Pawar were hand-in-glove with each other in the irrigation scam.

Kejriwal accused Gadkari of corruption and claimed that his businesses are flourishing at the cost of farmers.

"Nitin Gadkari has a huge business empire in Maharashtra. We want to know if his interests as a businessman are clashing with that of the farmers. Gadkari and Ajit Pawar are working in tandem. Gadkari's business interests clash with Vidharba farmers," Kejriwal had told mediapersons at the Constitution Club in New Delhi. 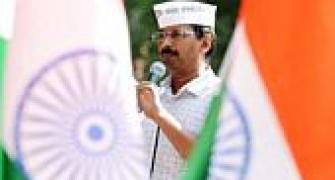 Will soon announce date of return to BJP: Kalyan Singh 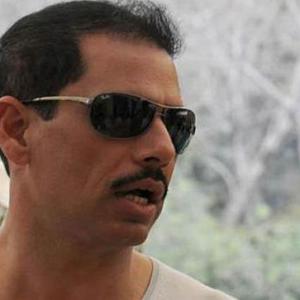 Who gave loans to firm that sold Manesar land to Vadra?