Beijing is clearly rattled by the Dalai Lama's visit. Unlike the 2009 visit, which was a four-day religious tour, the current visit is a high-decibel, 10-day affair, without the fig leaf of a "religious event", reports Ajai Shukla. 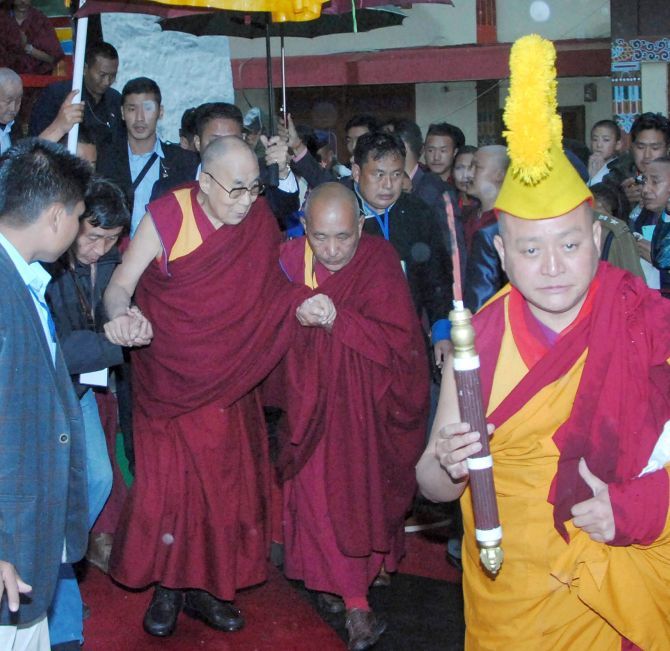 The first time the Dalai Lama came to the Tawang tract of Arunachal Pradesh in 1959, he was fleeing Mao Tse-tung's Red Army after Lhasa and its surroundings had exploded in revolution against communist oppression.

New Delhi's role in the Dalai Lama's perilous flight and the refuge he was granted in India (which still continues) fanned Chinese suspicions of India's intentions in Tibet, leading inexorably to war three years later, in 1962.

Harmandar Singh, the young frontier official who received the 24-year-old Dalai Lama soon after he crossed into India, and who escorted him to safety in Bomdila, recalled for this correspondent the experience of accompanying this living God through the Buddhist villages of the local Monpa tribe.

“It was as if I had been asked to escort Guru Nanak through Punjab,” says Harmandar.

Netan Tashi, now retired in Bomdila, was the Intelligence Bureau operative chosen to protect the Dalai Lama once he crossed into India.

“Every village turned out to greet him on his way to Tawang. People would stand with bowed heads, outstretched hands offering khadas (ceremonial silk scarves, a token of respect). They would light dhoop (incense) and then prostrate themselves before him. Many would be crying; there was happiness as well as sorrow."

When the Dalai Lama arrives in Tawang on Wednesday, he will find the same local anger at China's treatment of their living God and of countless Buddhist monks across a landscape of defiled monasteries in Tibet.

China sensed that anger when it occupied the Tawang region for a month after the Indian Army withdrew in the 1962 war. The local Monpa tribal populace steadfastly resisted Chinese blandishments and suggestions from their occupiers that the ethnically mongoloid Monpas were more Chinese than Indian.

To this day, as Tibet simmers and occasionally flares into armed rebellion, as in 2008-09, the People's Liberation Army and a host of security agencies that control Tibet look nervously at a free Tawang, a source of inflammatory thoughts and ideas across the border in India.

Strengthening Tawang as a source of rebellious ideas, is the 15th century Buddhist gompa (monastery) that overlooks the Tawang bowl. While communist China strangulated independent thought in Lhasa’s monasteries -- even the ecclesiastical powerhouses of Sera, Ganden and Drebung -- Tawang Gompa remained beyond communist control.

Beijing appoints the heads of Tibet’s monasteries, but the Dalai Lama appoints the Tawang Gompa chief. The current khempo (monastery head) is a Monpa, the first non-Tibetan to have that honour.

Tawang's importance as a Buddhist centre is further enhanced by its status as the 6th Dalai Lama's birthplace.

Aware of Tawang's religious power, New Delhi has avoided provoking China by inviting high profile visitors, especially the Dalai Lama and senior Indian officials. Beijing reacts to all such visits by accusing India of "interfering" with the status of a disputed area.

The Dalai Lama visited Arunachal Pradesh several times over the preceding decades, but visited Tawang only in 2009, a full 50 years after his first visit. Now, on his third visit eight years later, China has warned that this would "damage ties with India." Junior home minister, Kiren Rijuji has dismissed this in unusually forthright terms.

China had been similarly prickly about the entry of “a third party” into disputed territory, when US ambassador to India, Richard Verma, visited Tawang in October as a guest of the Arunachal Pradesh government. Six months earlier, the US consul general in Kolkata said that the US was “absolutely clear” that Tawang belongs to India.

Yet, China sees no “third party” problem with its own entry into the Northern Areas, claimed by India but occupied by Pakistan. Decades ago, China built a major highway through the area, linking China with Pakistan. Now, as part of the One Belt, One Road initiative, China will execute further major projects there.

Earlier submissive, New Delhi has taken a stronger line on the territorial dispute at least since 2012, when United Progressive Alliance foreign minister, SM Krishna, reacted to a protracted Chinese border intrusion at Daulat Beg Oldi, in Ladakh, by delivering Beijing the reminder that Kashmir is to India what Tibet is to China.

In December, President Pranab Mukherjee evoked Beijing's ire by inviting the Dalai Lama to Rashtrapati Bhavan for a literary function.

In November, one of the claimants to the disputed post of 17th Karmapa -- the head of the Kagyu sect of Buddhism -- also visited Tawang, accompanied by an Indian government official. Buddhist leaders' visits invariably acquire an anti-China flavour.

In what appears to be an action-reaction dynamic, Beijing has, in recent years, aligned itself openly with Pakistan. Since 2016, it has obliged Islamabad by blocking India's membership to the Nuclear Suppliers Group; and opposing the inclusion of Jaish-e-Mohammed chief Azhar Mehmood in a list of United Nations designated terrorists.

In the military realm, Beijing has strengthened arms supplies to Pakistan, including fighter aircraft, warships and submarines. China is building up Gwadar port, on the Makran coast, as a potential naval base.

Even so, Beijing is clearly rattled by the Dalai Lama's visit. Unlike the 2009 visit, which was a four-day religious tour, the current visit is a high-decibel, 10-day affair, without the fig leaf of a "religious event". Beijing's concern is evident from a threat from the armed separatist Assamese group, United Liberation Front of Asom, warning the Dalai Lama not to speak against China.

New Delhi's response is increasingly robust. It has strengthened military deployment on the Sino-Indian border, and PLA patrols often find themselves at the receiving end in patrol confrontations. Border infrastructure is being strengthened, including the construction of airfields and roads. Beijing has called for restraint on the proposed first rail link to Arunachal Pradesh.

Even so, India can hardly match China's infrastructure build-up in Tibet. Besides a series of road and rail links radiating to the Indian border, the 13th Five Year Plan for the Tibet Autonomous Region refers to the construction of a new airport in Lhuntse county (Lhunzi Xian), close to the Arunachal border.

Notwithstanding New Delhi's muddled approach to the border region, it continues to enjoy equities that China cannot lay claim to. Noted Tibetologist, Matthew Akester, tells Business Standard: "History aside, India's claim to Tawang district rests on its record of benevolent governance there since the 1950s -- something China cannot credibly claim for its rule of Tibet in the same period. Rather than competing with China's infrastructure binge, it is the strength of popular democracy and local autonomy that must be built on for a progressive solution to the border issue."

For now, Beijing insists that India must cede Tawang to China in any border settlement.

Since 1983, however, Beijing insists that India must make "territorial concessions" in the east as well.

It is clear that China means to have Tawang. 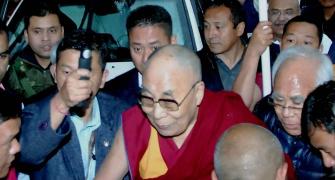 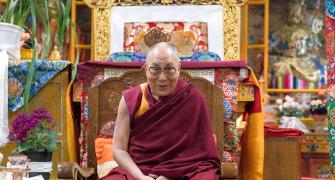 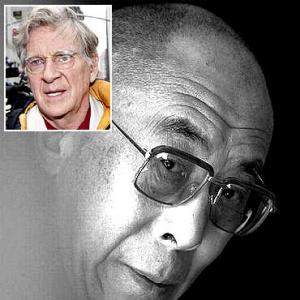 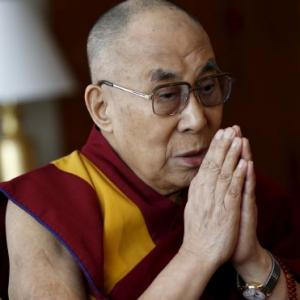