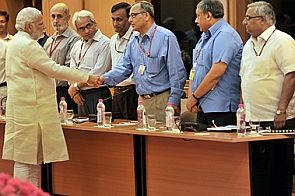 Modi sarkar sets the ball rolling on appointment, next cabinet secretary is expected to be in office in September.

Prime Minister Narendra Modi is all set to have a new Cabinet Secretary by September.

Finance Minister Arun Jaitley has been entrusted with the task of identifying three names from among senior bureaucrats by the end of August for the prime minister’s consideration.

The National Democratic Alliance government has accelerated the selection process to have its choice of officer in by early September.

The incumbent, Ajit Seth, was appointed by the previous UPA government, and was granted a six-month extension in June this year with the rider that it could be ended earlier.

Since settling down in office, Prime Minister Modi has had two rounds of meetings with secretaries to the Government of India. The implementation of the government’s poll manifesto rests with the top echelons of the bureaucracy, including the cabinet secretary.

The buzz in babudom is over who will be the next cabinet secretary -- will it be from the 1977 or 1978 vintage?

The 1977 batch has seven IAS officers serving currently as secretaries to the Government of India, and who are to superannuate in less than one year. They are Nita Chowdhury, Dr Pradeep Kumar Sinha, Dr Vishwapati Trivedi, Naved Masood, Ashok Thakur, Alok Rawat and Sangita Goirala.

Of them, three have longer service -- Masood, Sinha and Rawat’s tenure ends in August 2015.

From the 1978 IAS batch, 53 officers are in the secretary to Government of India grade of whom 28 are currently serving as secretaries to the government.

Prime Minister Modi has asked Jaitley informally to scan this list of 35 IAS officers, and pick the best three for his consideration.

Jaitley will be assisted by Dr P K Misra, additional principal secretary to the prime minister, in perusing the annual confidential reports of these officers.

From the 1978 batch there are four or five names making the rounds for the highest bureaucratic office, the prominent ones among them being Rajiv Mehrishi, Saurabh Chandra and K N Desiraju, but there is a technical issue.

These officers have service going beyond 2015, while the cabinet secretary’s position is given to an officer who is on the verge of retirement – and who then gets a two- or even-three year extension, as in the case of KM Chandrasekhar, Ajit Seth and BK Chaturvedi during the United Progressive Alliance’s 10-year regime.

The government will also have to bear in mind that the Union finance secretary, home secretary and health secretary will stay in office till 2016, and they will have to be accommodated in higher slots after that.

There are indications that Finance Secretary Arvind Mayaram is eyeing a position in the new BRICS Bank to come up in Shanghai. Similarly, the home secretary is considered for assignments that are equal in status to cabinet secretary, like member-secretary, Planning Commission, or Secretary-General in the Lok Sabha or Rajya Sabha.

Since the crucial years of BJP rule will commence from 2015, the selection of the next cabinet secretary will also have a political bearing. With the government settling in another two to three months, the implementation of its projects and proposals will depend on the new cabinet secretary.

But the final choice of who will be the next cabinet secretary will be Modi’s and Modi’s alone. There are indications that the PM will interview at least three officers before finalising his choice.

Since the process is being expedited, the grapevine in the corridors of the Cabinet Secretariat has it that its next boss will assume office by the middle of September.

The incumbent, Ajit Seth, may be accommodated in the Planning Commission or given a special assignment, say sources.

New Delhi-based R Rajagopalan has been a keen observer of the bureaucracy for four decades. 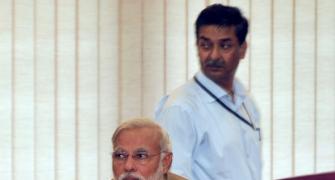 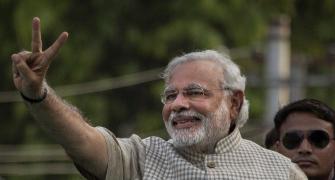 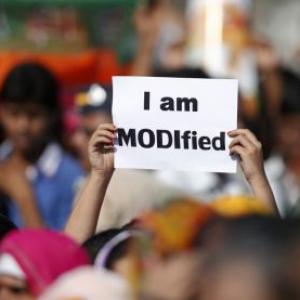 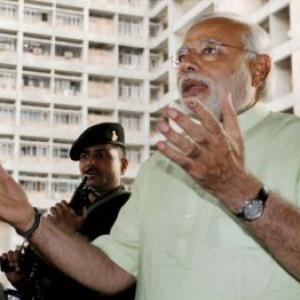