When Congress 'outsourced' its spokesperson 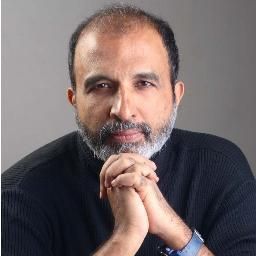 By bringing in ‘outsider’ Sanjay Jha to address mediapersons from the AICC platform, the Congress party is not helping its case in regaining the ground it has lost in the perception battle, notes Renu Mittal.

The Congress is already suffering from a communication deficit. It has been unable to articulate its programmes and policies and has been unable to communicate effectively with various sections of people to address their concerns and anxieties. In the battle of political perception, the party has lost badly and this was reflected in the elections to the four assemblies held recently.

The only credentials of HamaraCongress.com founder Sanjay Jha, a panelist who regularly appears on TV debates to defend Congress, is that he is considered close to party vice-president Rahul Gandhi and Priyanka Gandhi. Beyond that nothing much is known about him.

When Jha addressed the media from the party’s platform at the AICC on Monday, journalists wanted to know whether he was a member of the Congress and what posts he held and what he did. Not claiming to be a member of the party, Jha replied that he had been informally associated with the Congress since 2004 and was helping the party out, but could not provide any details about his membership.

Former Congress president Sitaram Kesri had once hired a PR agency to handle the party’s communication and media department but that little experiment ended in a disaster and the agency had to be sacked.

Similarly Rahul Gandhi, who now handles the functioning of the AICC and is reported to be involved in all the major decision-making processes, appears to be a little confused between corporate communication and political communication. While Sanjay Jha speaks good English, he neither has the political depth or experience to put forward the correct perspective regarding the Congress’ viewpoints.

As one senior leader put it, “I am appalled at what is happening in the AICC. With the kind of beating we have received in recent times, the party should walk the extra mile to find senior and experienced leaders to convey correctly to the people the party’s viewpoints, since people take such persons seriously. The Congress needs to work much harder in correcting its image and regain the perception battle it has lost. Fielding non-Congressmen, who have nothing to do with the party, will merely make it look as though the entire media paraphernalia has been outsourced to some public relations agency”.

The appointment of Ajay Maken as the chairman of the communications department of the Congress was taken with much glee at the AICC since he was young and had been contesting and winning elections and it appeared as though he may be able to deliver the way Rahul Gandhi wanted him to.

But on many fronts Ajay Maken has been a big disappointment as he does not interact as freely as the media would like, and has failed to either bring in good, effective and articulate  spokespersons who can handle the briefing politically.

Instead, the AICC has found a man who has no connection with the grammar and vocabulary of a political party, though he does speak reasonably good English. 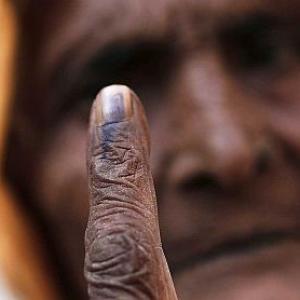 EXCLUSIVE! Lok Sabha polls in 5 phases in April; counting on May 16 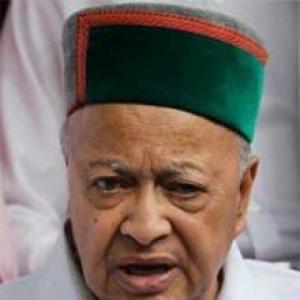